On the fifth edition of “Social Distancing with Peter Brimelow,” our eponymous host was joined by long-time VDare.com contributor John Derbyshire.

The two U.K.-born Americans discussed what VDARE.com has dubbed the Brunswick Hoax, the story of a white father and his white son being arrested for the murder of black “jogger” Ahmaud Arbery.

Discussing the story of a black sniper’s shooting the Marinos,  an octogenarian white couple in Delaware, Brimelow noted how the New York Times has yet to write about this racial shooting Steve Sailer documented in a piece published by VDARE on May 13th:

Last Friday, the day after two whites in Georgia were arrested in the vastly publicized killing of the black jogger/prowler Ahmaud Arbery, a young black gunman murdered two octogenarian whites, Paul and Lidia Marino, while they were visiting their son’s grave at a veterans’ cemetery in Delaware. After a six-hour firefight with the police, the shooter, a 29-year-old black man, was dead—whether at police hands or his own remains unknown.

In contrast to Arbery’s killing, this second interracial killing case has gotten virtually zero national media attention through Tuesday morning, even though it’s fairly spectacular in scale and quite curious in motive. For example, an eyewitness speculated that the killer appeared to have brought extra ammunition for his planned shoot-out to the death with the police.

“Although this this happened last Friday, there’s still no Main Stream Media coverage of the incident in Delaware at all.”

“That’s the vexing thing, as Paul Kersey, Nicholas Stix and James Fulford have documented every week, they document black-on-white crimes, some with a lot of malice and incredibly vicious. You don’t see them anywhere else.”

Brimelow also commented on how starting after the 2016 election, Twitter, YouTube, Facebook, Apple, Amazon, and Google started to crack down on the discussion of race and crime—and immigration. Derbyshire agreed:

“If the Democrats win the Presidency in November, everything’s going to get very much worse. We’ll be two-thirds of the way into an authoritarian state, as far as the dissemination of truth on race and crime goes on the Internet.”

As promised on the show, above is Brimelow’s favorite picture of Derbyshire, in a hole, and by listener request, Derbyshire with his new puppy Basil. 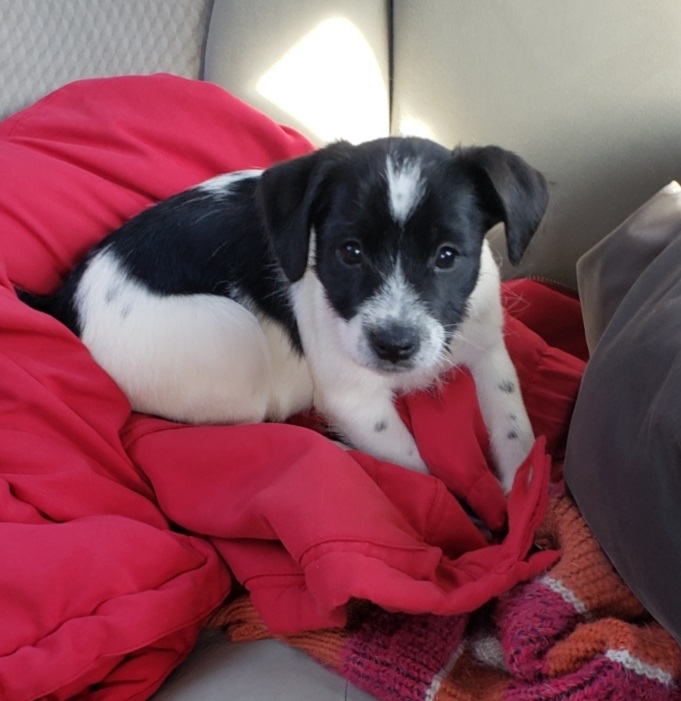 Brimelow's “Social Distancing” is live on the VDARE YouTube channel every Wednesday at 3 p.m. EST.

Watch our past episodes of “Social Distancing with Peter Brimelow.” Be sure to subscribe to our channel so you get notifications for our latest videos!

And sign up for VDARE.com’s e-bulletin here and for our treezine VDARE Quarterly here—while you can!