Said In Spanish: Trump Is Mad At Puerto Rico. Good! What About A Tweet Urging Independence?

Donald Trump is mad at Puerto Rico, its corrupt politicians and their mainland Democrat enablers. [Pushback: White House cites $91 billion for Puerto Rico, hits corruption, incompetence, by Paul Bedard, Washington Examiner, April 3, 2019] Good! Let’s hope he sends out one of his midnight tweets urging independence for the island. It’s the best solution—and you can’t say he’s not capable of it.

Not for the first time, this would put Trump athwart Conservatism Inc. orthodoxy. Thus last week National Review (which is now beyond parody) published A Conservative Case for Puerto Rican Statehood (by Kyle Sammin, March 26, 2019) apropos of a bipartisan bill in Congress, also introduced last week, to make the poverty-stricken island the 51st state.

Here we go again.  Like statehood for Washington, D.C., statehood for Puerto Rico is a nutty idea that just won’t die. Establishment Republicans have favored this patently suicidal idea since at least 2012. [Republican Party Platform Statement on Puerto Rico, PR51st.com] They include such bright lights as Newt Gingrich (who supported it in the ‘90s) Mitt Romney, the Bush clan (of course) and Marco Rubio.

Why? They claim to think it will help the GOP with the Hispanic vote, so it’s something of a corollary to the other long-held fantasy that Hispanic immigrants will vote for the GOP if we just open the borders and Hispander long enough. But Puerto Rican statehood won’t change that, no matter what Jeb, Mitt, and Newt and boys keep telling themselves.

Like Hispanic immigrants, most of Puerto Rico’s 3.2 million residents vote for Democrats, as the number of votes cast in the 2016 presidential primary show:  89,690 Puerto Ricans voted in the Democratic primary, more than twice the 41,196 who voted in the GOP primary [2016 Presidential Primaries, Caucuses, and Conventions, Puerto Rico Democrat; Puerto Rico Republican, The Green Papers]. As a practical political matter, Puerto Rican statehood would mean several more Democrats in Congress and most likely two Democratic senators.

National Review author Kyle Sammin, “lawyer and writer from Pennsylvania” who co-hosts Conservative Minds Podcast, ignored this hard truth, instead offering an unusually convoluted argument: If the party welcomes Puerto Rico as a state, even if they don’t become Ron Paul Republicans, the rest of the American people will:

Puerto Rican statehood, besides being the right thing to do on the merits, would also enhance the nation’s appreciation of federalism and further entrench the conservative value of local control. Puerto Rico differs in significant ways from the rest of the United States, but this should be seen as an asset, not a liability. Admitting it to the union would increase diversity among the states, forcing us to question whether one-size-fits-all federal laws are the best way to govern an increasingly varied people.

So it’s good that Puerto Rico is so different, because that will inspire Americans to reduce the size of government and embrace a true federalism.

Different? After that evidence-free argument from authority, Sammin avers that statehood “would remind us why we are a federal republic.”

Why is that? Because of “federalism”—

Federalism would help preserve Puerto Rico’s culture even as the island would become more deeply integrated with the rest of America. Indeed, Puerto Rico’s representatives in Congress would probably call for guarantees of federalism to make sure of that. Although many in the Republican party believe that the island would be thoroughly Democratic as a state, Puerto Rican politicians would not be keen on the national Democratic party’s penchant for consolidating power in Washington, D.C.

Americans can also be “inspired,” Sammin wrote, if they look to Quebec in Canada to prove that “federalism” will protect us from the 51st state’s poverty-stricken masses angling for more goodies from D.C.

A century of drift away from the American Constitution’s vital federalist principles has left them ripe for rediscovery and renewal. Adding a new state to the Union, especially one already accustomed to remaining culturally distinct within the American nation, would spur that process forward. Congress should admit Puerto Rico as a state, and Americans as a whole should embrace the differences within our nation and the federal structure that allows them to coexist in peace.

No way, Jose. Sammin isn’t just wrong, he’s delusional. Democrats don’t want us to “coexist in peace”—they want totalitarian control. Beyond that, as an NR follow-up conceded, Puerto Rico is “poor and primarily Spanish-speaking, and it’s not even clear that most of its citizens want their island to become the 51st state”. [A Conservative Case against Statehood for Puerto Rico, by John Hawkins, March 28, 2019]

That Puerto Ricans don’t support statehood is one of the key points that Sammin either missed or ignored. 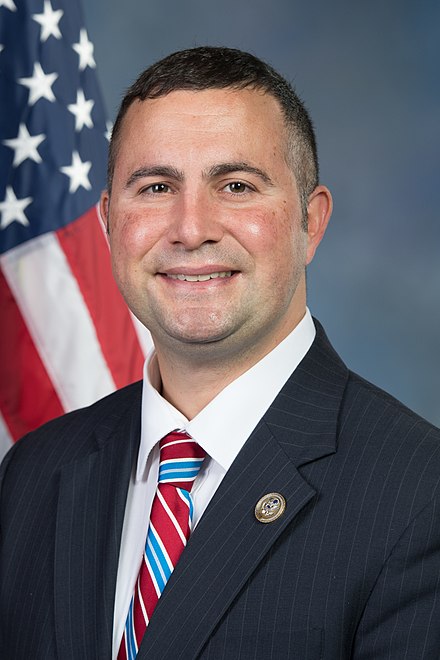 Wait a minute! 90 days? Well, yeah. We Americans don’t get a vote in a referendum on Puerto Rican statehood like Puerto Ricans do. Anyway, the bill’s Republican co-sponsor is Puerto Rico’s non-voting member of Congress, Jenniffer Gonzalez.

Community organizations focused on Puerto Rico are calling on Representative Darren Soto to withdraw his bill in favor of Statehood for Puerto Rico because the Puerto Rican people have not been asked what their stance is on this issue. During the last plebiscite, only twenty-three percent (23%) of the Puerto Rican population in the archipelago participated. The protests against the last plebiscite were rampant. As a result, it is disingenuous to say that Puerto Ricans are in favor of statehood for their country.

Puerto Rican voices cannot continue to be ignored and the Puerto Rican diaspora with powers at the Congressional level need to go back to the drawing board and listen to what the Puerto Rican people want and then execute the mandate in full force.

[Puerto Rican Organizations in the Diaspora, in P.R. and Allies, Call for Representative Soto to Withdraw his Pro-statehood Bill, March 28, 2019].

Although the NPRA wholly supports Congressional and Presidential action to decolonize Puerto Rico, this ill-timed, ill-advised and invalid bill will not put an end to 120 years of colonial rule.

H.R. 1965, if enacted, would impose statehood on Puerto Rico over an unrealistic and unreasonable 90-day period. The only justification given to take the undemocratic step of imposing a new political status on 3.2 million Puerto Ricans residents is a 2017 referendum that had a 77% abstention rate and was not sanctioned by Congress or the President.

Commenter “Jdracaguas” applauded the statements against the bill and slammed its Floridian sponsor Soto:

Good for the Puerto Rican organizations in the United States against a brutality such as the project of the moron who thinks he’s Puerto Rican Darren Soto! The right of self-determination emanates from our nation Puerto Rico and not from inept and stupid people like Darren Soto, Jennifer [sic] Gonzalez or Rosello. Also, statehood will never be given.

Some commenters questioned the right of Puerto Ricans living here to decide the island’s future. “Only those who reside in this country [on the island] have a right to oppose or to accept” wrote “Ospaqui Quinones.”

“Desierto verde” wants “total independence with a transition period of 10 years so that 2035 would be the beginning of the sovereign republic of Puerto Rico.”

Amen! It’s time for Puerto Rican independence, as I’ve repeatedly argued: see ¡Viva Puerto Rico Libre! Free Puerto Rico (And The U.S.) Now! from 2012, and five more articles here. We would, of course, meet our obligations to individual Puerto Ricans, such as veterans who served in the military, including those who bravely shed their blood for our country.

But afterward, a financial burden would be gone. And Puerto Ricans would be proud citizens of a free Latin American nation.

But it will require a bold GOP senator or congressman—or better, the party itself—to buck Conservatism Inc. dogma.

Democrats like Puerto Rico as an offshore welfare protectorate and source of Hispanic voters, but are “vague” on statehood. [Democratic Party Platform Statement on Puerto Rico, PR51st.com]

We need a GOP with the guts to solve this problem for represent Americans—and, in fact, for Puerto Ricans.