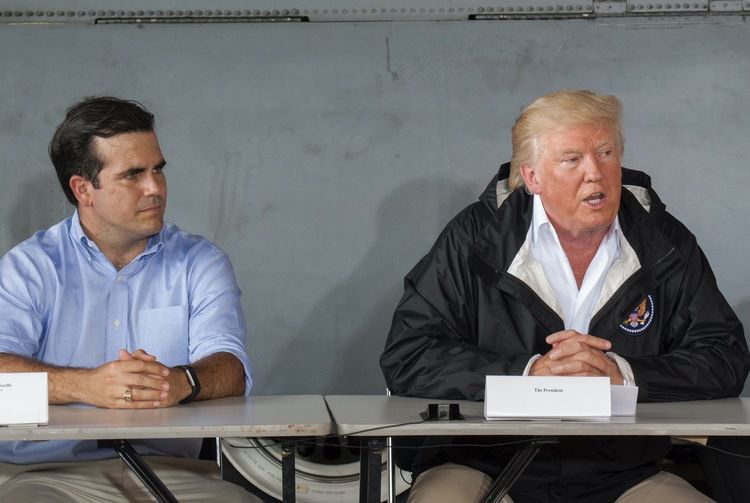 SAID IN SPANISH: Rossello Out In Puerto Rico—And Puerto Rico Should Be Out Of the U.S.!

Puerto Rico’s governor Ricardo (Ricky) Rossello and his top officials ignored the hard-and-fast rule of the internet age—don’t put anything in writing that you don’t want published. So now he’s resigned after massive demonstrations. [Ricardo Rosselló, Puerto Rico’s Governor, Resigns After Protests, by Patricia Mazzei and Frances Robles, NYT,  July 24, 2019] Which provides me the chance to say again: Puerto Rico is its own unique society and should resolve its conflicts as an independent nation-state.

I first proposed this on VDARE.com in 2012: ¡Viva Puerto Rico Libre! Free Puerto Rico (And The U.S.) Now!  My article was discussed on El Nuevo Día, Puerto Rico’s most-read periodical, and I had a spirited correspondence with Puerto Ricans of various persuasions. That’s probably because American politicians of both parties are unthinkingly (suicidally in the case of the GOP) in favor of Puerto Rico becoming the 51st U.S. state.

Background: Puerto Rico is a 3,515-square-mile island about 1,100 miles from Florida in the Caribbean Sea, just east and slightly south of the Dominican Republic. We seized it in the 1898 Spanish-American War, and it’s now an autonomous U.S. territory with its own three-branch government: a bicameral legislature, a governor, and a judiciary. Its governor has lived in La Fortaleza (The Fortress), the oldest executive mansion in the Western Hemisphere, since 1544. Puerto Ricans are American citizens—but Puerto Rico has no vote in the U.S. Congress or in the Presidential election.

Not all PNP members, by the way, are Democrats. Former PNP governor Luis Fortuno is a Republican.

The leaked chats between Rossello and eleven of his top officials from December 2018 through January 2019, mostly in Spanish but some in English, included some unacceptable language as modern sensibilities go. Trump took a few lumps in those conversations, but that, of course, didn’t spark the protests. [These are some of the leaked chat messages at the center of Puerto Rico's political crisis, by Ray Sanchez, CNN, July 17, 2019]

There’s other such material in the complete 889 pages, but you get the idea.

Then somebody in the chat group itself  spilled the frijoles. Like Lucy, this Ricardo, Governor Ricky Rossello, “had some ’splainin’ to do.” But his apologies didn’t do him a bit of good. [As protests grow and turn violent, Puerto Rico Gov. Rosselló insists he won't resign, by Nicole Acevedo, NBC, July 16, 2019] Prominent among the protesters were Martin, unsurprisingly, and Daddy Yankee, “the King of Reggaeton.”

Another homosexual enemy of Rossello: Shepard Smith of Fox News, who skewered him in an interview. [Shep Smith presses Puerto Rico's Governor: Attacks on your own people are not mistakes, Fox News, July 22, 2019]

And so Rossello threw in the towel: Adios, muchachos!

What we should learn from this affair—which didn’t really involve statehood but might well hurt Rossello’s pro-statehood PNP?

The big lesson I take away is that Puerto Rico’s internal affairs are for Puerto Ricans to settle as Puerto Ricans—not American vassals.

Like millions of Puerto Ricans, I have not slept in over 13 days. It's exhausting, but we are invigorated, resolved and determined. We will not back down. We will continue to fight. And we will not be let others to ignore what this movement is about. #RickyRenuncia pic.twitter.com/LiGQbFi9C1

Not one American flag is in sight.

And consider what Daddy Yankee said:

More basic than being an artist I am a Puerto Rican. My heart suffers for the events of my country and my voice is united to that of all those who, more than an explanation, demand a change.

Certainly, Puerto Ricans love—and will fight for—the perks of American citizenship, and indeed, for America. Puerto Rican Medal of Honor recipients who fought under the Stars and Stripes didn’t ride to the sound of the guns for nothing!

But what they really feel in their hearts is their identity as Puerto Ricans.

And more power to ‘em!

Puerto Rico is a distinct nation with its own culture and language; its own way of doing things. It ought to be independent.

We should repair its electrical grid, work out a very brief transition, then declare its independence, while honoring all existing pensions and obligations.

That’s better than our politicians getting sucked into Puerto Rican politics, and Puerto Ricans being pawns in ours. They’ll be happier and better off, and so will we—not least financially.

Trump could go to San Juan and hand over the keys to the country or something like that.   It would be a grand spectacle, followed by, for the first time in history, independence for Puerto Rico.