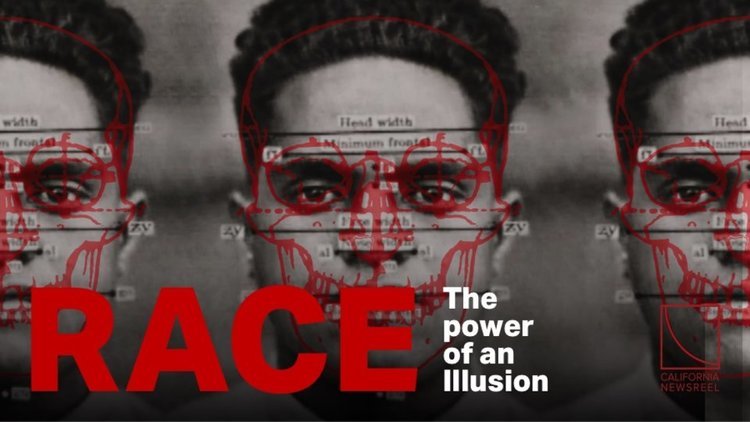 Routing The Race Deniers (Not That They'll Notice)

Many intellectuals pride themselves on how remote their theorizing is from mundane reality.

After all, if daily life could provide answers to lofty questions, we might not need so many intellectuals.

And that subversive thought must be suppressed at all costs!

Consider the topic of race. The trendiest idea among intellectuals is that Race Does Not Exist – what we at VDARE.COM call "Race Denial." Last year, a three-night PBS documentary summed up this new orthodoxy under the title Race: The Power of an Illusion.

That this idea, no matter how trendy, strikes the vast majority of Americans as self-evidently stupid only heightens its appeal to those who view themselves as superior because of their ability to juggle esoterica.

Now Vincent Sarich, Professor Emeritus of Anthropology at Berkeley, and Frank Miele, senior editor of Skeptic magazine, have stepped in to this debate with a new book Race: The Reality of Human Differences. They document overwhelmingly that the weight of scientific knowledge is on the side of the man-in-the-street's commonsense view of race.

Sarich and Miele demonstrate that all ten of the PBS documentary's summary statements on the nonexistence of race are W-R-O-N-G. Indeed, the book brings so much force to bear against the series' assertions that it begins to look like breaking a butterfly on a wheel. (Or, considering the mendacity of the PBS offering, like crushing a cockroach with a cannonball.)

Miele is perhaps the best interviewer of scientists in the business. (Here's my review of his book-length interview on IQ with Arthur Jensen, and here's his recent collection of interviews with top names like Dawkins, Edward O. Wilson, and Charles Murray). He's also a dog enthusiast, and his deep knowledge of breeds—which are, in effect, artificially selected races—adds perspective to Race.

Sarich won't make himself popular with the politically correct at Berkeley, but he is a hard man to intimidate. A hawk nose and piercing eyes make him look like the world's tallest ayatollah. Approaching 70, he still has the dimensions of an NBA quick forward at 6'6" and a muscular 215 pounds. In fact, he holds the world record for his age group in the small sport of indoor rowing. Being the rare scientist who is also an enthusiastic fan of spectator sports makes Sarich far more aware of racial differences than his colleagues, who tend to only pay attention to unthreatening subjects for which they can win grants from the government or big foundations.

Writing in the New York Times in 1989, the author of The Selfish Gene, Richard Dawkins, praised "the enormously important work of the American biochemist Vincent Sarich." As a graduate student back in 1967, Sarich famously teamed with Allan C. Wilson to launch the use of the "molecular clock," which led to a revolution in evolution studies. At a time when experts on fossils believed that proto-humans had diverged from our closest ape relatives around 25 million years ago, Sarich and Wilson estimated, by counting the number of mutations that distinguished humans from chimpanzees and gorillas in a single serum protein, that our ancestors had broken away only about five million years ago.

This estimate was greeted with howls of protest from famous paleontologists. But it has stood up well. Their molecular clock technique has become fundamental to both physical anthropology and population genetics.

The late Race-Denier-In-Chief, Stephen Jay Gould, once insisted we chant along with him, like Dorothy trying to get home from Oz,

"Say it five times before breakfast tomorrow: … Human equality is a contingent fact of history."

"Simply stated, the case for race hinges on recognition of the fact that genetic variation in traits that affect performance and ultimately survival is the fuel on which the evolutionary process runs."

Sarich became the rare physical anthropologist expert on both genes and bones. So, when he saw PBS proclaim, "Despite surface differences, we are among the most similar of all species," he dusted off the measurements of 2,500 human skulls from 29 different racial groups and compared them to 347 chimpanzee skulls from the two separate species of chimp (the common chimp and the bonobo). He discovered that the dissimilarity in head and face measurements between these species of chimp was less than half that found between the two most morphologically dissimilar human racial groups in the sample. (They were the narrow-headed Taita of Kenya and the wide-faced Buriat of Siberia).

"I am not aware of any other mammalian species where the constituent races are as strongly marked as they are in ours… except those few races heavily modified by recent human selection; in particular, dogs."

In response to PBS's claim that, "Race is a modern idea. Ancient societies did not divide people according to physical differences…," Miele writes a definitive chapter showing,

"The art of the ancient civilizations of Egypt, Greece, Rome, India, and China, and the Islamic civilization from AD 700 to 1400 shows that these societies classified the various peoples they encountered into broad racial groups. They sorted them based upon the same set of characteristics—skin color, hair form, and head shape—allegedly constructed by Europeans when they invented 'race' to justify colonialism and white supremacy."

My main criticism of Race: The Reality of Human Differences: it skimps on offering a conceptual framework for what exactly race is. Rejecting the straw man argument that the existence of race would require a race for everyone and everyone in his race, Sarich and Miele call races "fuzzy sets." They write,

"Human races are not, and never were, distinct, mutually exclusive, Platonic entities into which every living person, unearthed skull, or set of bones could be pigeonholed."

This is a lot better than the obscurantism of the Race Deniers. But even better would be a robust, scaleable definition that coincides with original definition of race as a "lineage."

I have suggested that a racial group is most usefully thought of as "a partly inbred extended family." (My full defense of this idea found here.) In contrast, an ethnic group would be "a population that shares traits, such as language, religion, and cuisine, that are frequently, but not necessarily, passed down within biological families." These definitions make clear why disentangling nature (race) and nurture (ethnicity) is so difficult.

Will Race: The Reality of Human Differences change the minds of the prominent advocates of the Race Does Not Exist theory?

No—because they won't even read it. One striking difference between the two schools is that Race Realists pore over the writings of the social constructionists and other Race Deniers. But the Race Deniers themselves prefer to stay ignorant of all troubling facts.

And amazingly, the Race Deniers have succeeded in imposing this taboo, not merely upon the usual suspects like PBS, but also, increasingly, upon Conservative Establishment pundits too.

Breaking this taboo terrorism is what VDARE.COM is for!