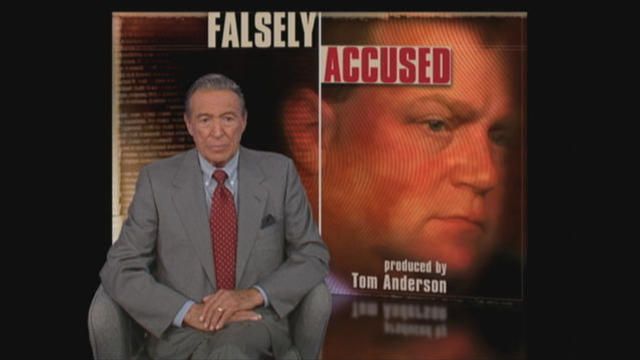 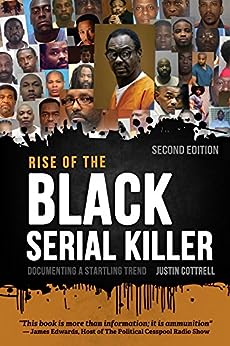 Well into the 2000s, the news and entertainment media told us incessantly that serial killers were overwhelmingly white, male, 20-45 years old. Blacks still repeat this canard. The father of that false profile: Robert Ressler of the FBI’s behavioral science unit. But Justin Cottrell’s new book, Rise of the Black Serial Killer, demonstrates that serial killers today are overwhelmingly black men, and that Ressler lied in court when he stated: “There are very few non-white serial killers.”

Cottrell argues that Ressler was afraid of being called a racist. I think Ressler had an appetite for the limelight and simply told the leftwing MSM what they wanted to hear. The MSM reciprocated by making Ressler a star. (Conversely, only VDARE.com notices Immigrant Mass Murder Syndrome—at least 37 cases and 337 victims over 20 years).

During the 2002 Beltway Killings by the Nation of Islam’s John Muhammad and his young protégé, Lee Boyd Malvo (an immigrant), people were avoidably murdered because Montgomery County’s black police Chief Charles Moose promoted the baseless profile of a “white male” driving “a white box truck” that permitted the real killers to pass through police checkpoints undisturbed—even after one killer had spoken to Moose on the phone, and Moose knew he was black.

With time, the FBI became such an incompetent Politically Correct bureaucracy that even in cases where the killer was a heterosexual white male, it was more interested in catching someone else who fit the profile, above all if they were vaguely pro-authority or rightwing.

But here are two high profile cases in which the FBI seemed to join in a vendetta, targeting a fall guy for horrific crimes with no incriminating evidence and no good reason to suspect him; following him around with caravans of agents; making him unemployable; trying him through the media by leaking false rumors about him, in order to poison the potential jury pool; and sought to either judicially railroad him, or drive him to commit suicide.

It’s partly political and cultural: white men as villains. Partly it’s a matter, as I’ve called it elsewhere, of bullies with badges. Whatever the reason, it’s a sign that something is really rotten in America.

Remember the carnage on July 27, 1996, at the Atlanta Olympics, when thousands of people were variously maimed and murdered by terrorist Eric Rudolph’s pipe bomb in Centennial Olympic Park, just as a concert was about to begin?

You don’t remember it, because security guard Richard Jewell was there to save untold numbers of people.

At 12:30 a.m., Jewell found the knapsack holding the bomb stashed under a bench. He immediately called the Georgia Bureau of Investigation and his supervisor. After a supervisor arrived, the two men cleared a 25-foot-square perimeter around the knapsack in the drunken crowd.

At 12:58 a.m., the bomber called 911, announcing that there was a bomb in the park. Although the park was the Olympiad’s social hub, none of the black female emergency operators had any idea where it was. They had to call all over town to get the address. Twelve minutes later, when a dispatcher finally sent an officer, the latter ducked the job.

Unfortunately, when the bomb exploded, the shrapnel shot well beyond the security perimeter, and the bench above it turned into a flying missile. A black woman, Alice Hawthorne, 44, of Albany, Ga., who had come with her stepdaughter to see the Olympics, was killed, and 111 other people were wounded. Melih Uzunyol, the chief cameraman for Turkish Television, suffered a fatal heart attack running to cover the scene.

For two days, Jewell was hailed as a hero.

But when Ray Cleere, the president of Piedmont College in Demorest, Georgia, saw Jewell’s familiar face on the evening news, he called the FBI, and insinuated that Richard Jewell would murder people just to gain glory as a rescuer. Jewell had recently worked at Piedmont as a campus policeman for one year.

Jewell had been a jailer and then a deputy for the Habersham County Sheriff’s Office. But he once arrested neighbors illegally for making too much noise at night. Another time he wrecked a department vehicle. He resigned, rather than be busted back down to jailer.

Cleere, obsessed with the image of the school, wanted campus policemen to be do-nothing ornaments. But Jewell was gung-ho. He caught one suspected burglar, helped effect a number of other arrests, and “[f]or his work on a volunteer rescue squad, he was named a citizen of the year” [Brenner]. He also diligently wrote up students for drinking (which was expressly forbidden on campus), and busted some for smoking pot.

Jewell’s boss, head of campus police Dick Martin, “was fond of” him [Brenner]. But Cleere hated him, as did the PKs.

Apparently, when Cleere saw the TV news celebrating Jewell and not him as a national hero, it was just too much for the dedicated educator.

The FBI had no evidence that Jewell had done anything but save a multitude of people. No matter. Based on Cleere’s smear of Jewell, high-level FBI officials immediately concocted a “profile” of a “hero bomber” who finds a bomb he’d planted, and announced that Jewell fit it!

“This profile generally includes a frustrated white man who is a loner, a former police officer, member of the military or police ‘wannabe’ who seeks to become a hero.” .” [FBI suspects 'hero' guard may have planted bomb, By Kathy Scruggs and Ron Martz; The Atlanta Journal. July 30, 1996]

The Bureau’s “proof” that Jewell was the bomber: his apparent for publicity. (Jewell did many media interviews, but at the behest of his employer).

However, Richard Jewell turned the tables on the FBI, and went from accused to accuser. Instead of ending up with a needle in his arm or a gun in his mouth, Jewell won settlements likely totaling a couple million dollars from NBC, ABC, CNN and Cleere’s Piedmont College, and got the U.S. Attorney to officially clear him. [ Olympic bombing suspect cleared, threatens to sue, CNN.com,  October 26, 1996]

Jewell even got to be a lawman again. But his health collapsed, surely due in part to the tremendous strain of having had the federal leviathan and the MSM declare war on him. He died of a heart attack in 2007, at the age of 44.

All Richard Jewell ever wanted to do was serve and protect. And he did a heck of a job at it—when he was permitted to.

After the Jewell fiasco, you’d think the FBI would have learned its lesson. But in 2002, it was up to the same tricks, trying to railroad leading bioweapons scientist Steven J. Hatfill.

Just one month after the 9/11 terrorist attacks, someone mailed letters laced with spores of the deadly anthrax virus to media outlets and politicians. Five people died, and 13 were made critically ill.

In the months after the attacks, as the FBI got nowhere, tenured leftwing activist Barbara Hatch Rosenberg saw the main chance.

Rosenberg had a sinecure at SUNY’s performing arts college at Purchase, where she was listed as a professor of “environmental science” (think, “Astrology for Actors”), and so far as I could determine at the time, did no teaching or research, leaving her free to engage full-time in taxpayer-subsidized mischief.

Rosenberg had been seeking for years to get the U.S. bioweapons defense program shut down. [See my report, Dr. Strangelove Disarms America, Middle American News, August 2002.]

From 2001-2002, she spent all of her time working media operatives on both sides of the Atlantic. They reciprocated, not only by promoting her conspiracy theory fantasies but embellishing them, supporting her fraudulent claims to be a “SUNY professor of microbiology” and “bioweapons expert.”

Rosenberg told a journalist her wish  before 9/11: “What we need is a biological weapons attack to wake the country up.” [Everyone has an anthrax theory, By Scott Shane, Baltimore Sun, January 6, 2002.]

Rosenberg also created her own fake “profile” of the killer—which was merely a caricature of what she thought she knew about Hatfill.

Rosenberg told different, mutually incompatible stories, depending on which journalist she was working on at the moment. Most luridly, she told gullible European reporters that Hatfill was a CIA assassin who had been commissioned to try out a deadly toxin.

Baltimore Sun reporter Scott Shane became Rosenberg’s personal mouthpiece and enforcer. (The New York Times rewarded Shane for his activism by hiring him as a reporter.)

What drew Rosenberg, and her pseudo-scientific comrade, Meryl Nass, to Hatfill was his patriotic defense of America’s biowarfare defense program, and his very unPC decision to move from the U.S. to Rhodesia (now Zimbabwe) in 1978. They sought political revenge.

Hatfill was so extravagantly politically incorrect that in addition to his real history as a medical student in Rhodesia, he had fabulated a history in which he’d been a member of the (racially integrated) Selous Scouts, the world’s premier bush guerilla warfare unit, which fought against Robert Mugabe’s Marxist forces.

Nass and other white Leftists had concocted a myth that the Rhodesian government had murdered 182 black farmers with anthrax. They claimed Hatfill was a mass murderer who was simply repeating himself. [My report, Scientist with Rhodesian Past Still Center of Media Crosshairs, Insight on the News, September 30, 2002.]

The Justice Department’s innovation in the Hatfill case: the abuse of the term “person of interest,” a euphemism for suspect. As Hatfill said at his August 25, 2002 press conference:

Like Richard Jewell, Hatfill called press conferences at which he turned the tables on his accusers. Hatfill sued the federal government and many media organizations. He ended up getting a $5.8 million settlement from the Justice Department in 2008, and undisclosed financial settlements from Vanity Fair and Reader’s Digest.

In 2008, the FBI decided that bioweapons researcher Bruce Ivins was the anthrax suspect. Ivins committed suicide.

But he’s lucky. Who’s next?

Nicholas Stix [email him] is a New York City-based journalist and researcher, much of whose work focuses on the nexus of race, crime, and education. He spent much of the 1990s teaching college in New York and New Jersey. His work has appeared in Chronicles, the New York Post, Weekly Standard, Daily News, New York Newsday, American Renaissance, Academic Questions, Ideas on Liberty and many other publications. Stix was the project director and principal author of the NPI report, The State of White America-2007. He blogs at Nicholas Stix, Uncensored.