Ron Unz’s The Myth of American Meritocracy: How corrupt are Ivy League admissions? [American Conservative, November 28, 2012] was one of the most devastating magazine articles I have ever read. It revealed the Ivy League admission process’s bias against White Anglo Saxon Protestants—a.k.a. WASPs, America’s founding stock—and in favor of Jewish applicants. (The Ivy League is also anti-Asian—the only aspect of Unz article that got any Main Stream Media attention).

This adds perspective to the Trend to WASP Dispossession, which did get a little MSM recognition when WASPS vanished from the Supreme Court with John Paul Stevens’ replacement by Elena  Kagan.

Thus, last summer, the Christian Science Monitor carried a portentous article on America’s founding stock (of which Christian Scientists are of course an offshoot): US Government and Politics No Longer Run by WASPs, Do It Matter? By Brad Knickerbocker,  August 19, 2012. It declared White Anglo-Saxon Protestantism moribund and bereft of social and political weight.

If true, this constitutes a sociological seismic shift—and it bodes ill for America’s future. Will WASP a.k.a. American values continue without WASPs? 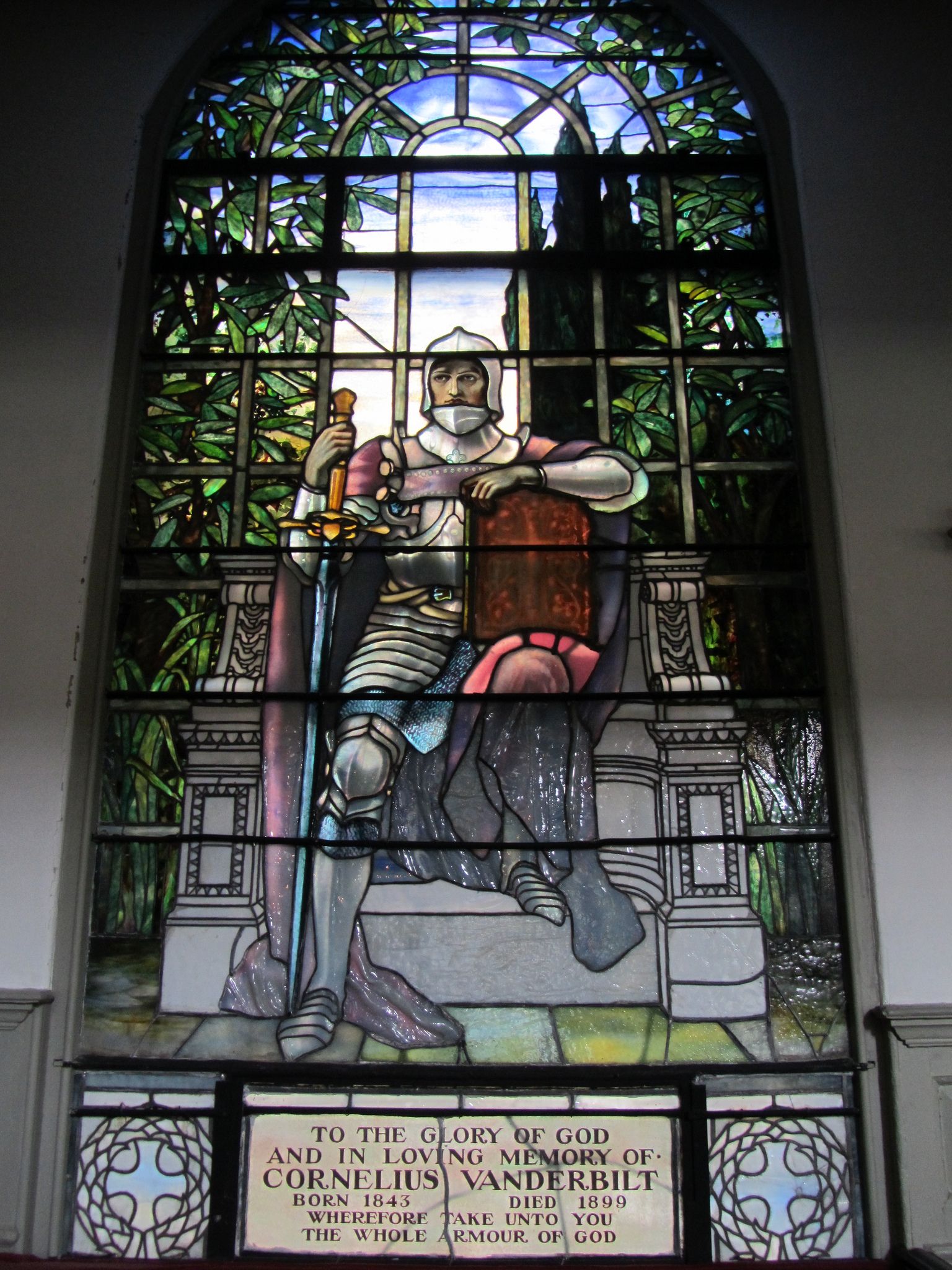 What is happening here? I can offer a unique perspective: I was born, the child of WASP and French Canadian-descended parents—a common New England mix—in Newport, Rhode Island, the playground of America’s Gilded Age capitalists. As an energetic ten year old, I rode my Schwinn down streets crowded with reproduction Italianate and XVIIIe Siècle chateaus.

Raised an Episcopalian, I received First Communion and Confirmation at Trinity Church, which was the “society” parish and flaunted gaudy stained glass windows dedicated to various Vanderbilt family members.

I became quickly familiar with the characteristic sartorial choices considered eccentric by most Americans: pink trousers, madras jackets etc. (I was sensible enough not to wear them myself). Many of my childhood playmates boasted names readily found in the Social Register—and access to trust funds when they reached twenty-one.

Yet I personally was not of them. I came from a solidly middle-class family and lived in a respectable neighborhood, but one removed from Bellevue Avenue’s grandeur. To put it simply, I lived in Newport but was not of it. This allowed me to observe American Old Money society for years, and to reflect on its attributes and limitations, as an intimate outsider.

Alas, I can agree with much of Knickerbocker’s assessment of American WASPdom. One notices immediately the utter lack of energy on the part of so many within this subculture. After spending an evening with them, one comes away thinking, “These are the descendants of the men who built America into a world power?!”

They seemingly spend much of their waking lives in a state of languid ennui. Armed with a gin and tonic and the Wall Street Journal, many doze away their afternoons at exclusive clubs such as the Newport Reading Room and the Spouting Rock Beach Association.

This is also a distinctly geriatric crowd. But their progeny do not surpass them. With the rise of the SAT and “meritocratic” admissions policies—and what Unz shows is Judeo-liberal New Class and its prejudices—WASP children no longer attend Ivy League schools.

Unz reports that White Gentile enrollment dropped a staggering sixty-four percent at Brown University between 1980 and 2011. What was once a Baptist school for Rhode Island's old families (Williams, Goulds, Metcalfs, Chafees) is now a Leftist camp.

WASPs have begun to believe the myth of Jewish superior intelligence and have abandoned their own institutions. A culture which once valued education, ability and striving now looks upon these qualities as optional accoutrements. Intellectualism is also frowned upon within these circles—that’s for Jews and nerds. It’s certainly good to be intelligent, but one must never be a bore.

Tellingly, the private library in Newport—Redwood Library—boasts several prominent society doyennes on its board and a beautiful interior filled with busts of Classical poets and rare books. However, nobody really reads these holdings. You’re not supposed to; the books are there to look good.

I was recently at a fundraising party held at the former estate of Walter Hoving. Hoving served as CEO of Tiffany’s in the 1950s and his contentious son, Robert, led the Metropolitan Museum of Art for ten difficult years. Decorated by Ogden Codman in Louis XVI style, Hoving’s house looked the perfect setting for an Edith Wharton novel.

In the bookcases in the study, I noticed a complete first edition of Thomas Carlyle’s collected works on their shelves. But, surreptitiously inspecting them, I saw they hadn’t been read in years, if at all. This is telling illustration of WASPdom’s decline: Appearances are kept up but there is little substance behind it.

There are multiple hypotheses for this trend. My personal explanations:

Many WASPs actually do believe in the rhetoric of American meritocracy and regard their ancestors’ prejudices with embarrassment. Those from the Baby Boom generation will justify their listing in the Social Register as ‘something that keeps my mother happy’. Likewise, membership in exclusive clubs and fraternal associations such as the Sons of Cincinnatus are maintained as a family tradition but do not dominate their lives.

They will exclude newcomers from these clubs unless they are judged to be acceptable. However, they will sell properties to them. This has led to Bellevue Avenue and Ocean Drive possessing a schizophrenic quality. Some houses are inhabited by very old families and European nobility while others are owned by New York City nouveau riche types.

In my early twenties, I became friendly with a lovely girl who is the descendent of an admiral in the Sun King’s navy. Wearing blue jeans and fond of electronica tracks, she currently spends much of her college years dancing in Paris clubs. Her sense of family pride is as clear as her signet ring, yet she would never be condescending or rude to anyone of my background.

She lives about half a mile away from a seaside mansion owned by the Israeli publisher of NEXT magazine—a Chelsea gay lifestyle periodical. (On this point, it must be noted that WASPs are perhaps the most accepting of homosexuality of all American ethnic groups).

In keeping with this trend, civility is highly prized and WASP matrons place a high value on politeness to their staff. If one used the ‘N-word’ around them, they would be genuinely offended. Criticism of Jews is allowed, because Jews are seen as pushy arrivistes, but it is only expressed among trusted friends and acquaintances. Often, once the speaker utters the remark, it is qualified in order to lessen its import.

At a dinner party I once attended, the mildly inebriated host remarked that “Jews” run the art world and produce decadent works. One of the women guests replied that, if they do create dreadful paintings, it must be as a psychological response to the Holocaust.

This kind of conversational pattern demonstrates WASP impotence. They will catch an interesting topic but then release it in order to avoid controversy. Life is to be enjoyed. And seriousness detracts from tennis and polo matches.

This lack of seriousness is part of WASPdom’s degeneracy. Their great-grandfathers were a hard-shelled, pig-eyed lot who took no prisoners and asked for no quarter. Bridge and Canasta were reserved for the rare moments they had as leisure time. The Newport Summer season was largely for their wives. Arch-capitalists as Edward Julius Berwind only infrequently came up from Manhattan on August weekends. After all, he had Berwind Coal Company to run and miners’ unions to crush!

But these days, their descendants live lives of leisure, because they can afford to. E. Digby Baltzell, who originally coined the term “WASP” noted as far back as 1964 that WASPdom was rapidly transforming from a class to a caste (The Protestant Establishment: Aristocracy and Caste in America )Retreating from political power, WASPs fell back into their decaying mansions, the Episcopal Church and quiet causes such as historic preservation and environmentalism.

If these WASPs engage in politics, it is typically only as donors. They usually will not run for political office and rarely win on the occasions when they do. Cool, slim and well-dressed, they departed the field of battle because others were harder and hungrier for power.

My father offered the best commentary on WASPdom’s decline: “The first generation makes it, the second generation spends it, the third generation drinks it.”

Demonstrating Spengler’s belief that civilizations have organic life cycles, we are now in WASPdom’s Winter.

Juvenal and Ammianus Marcellinus both noted the same abrogation of authority by Roman patrician families in the Empire’s waning days.

But does this mean America will share the fate of Rome?

And then we will all have to live with the consequences of the WASP eclipse.

Peter Sayles [Email him] is an ardent New Englander who teaches at several colleges, making sure to offer the appropriate songs and dances required for occupational survival. He's the product of a Quebecois father and Yankee mother, which gives him an interesting perspective on his native region. He also moonlights as a reactionary intellectual, writing for various Right Opposition publications. Should you wish to meet him, he can be found at H.L. Mencken Club conferences and various dive bars.