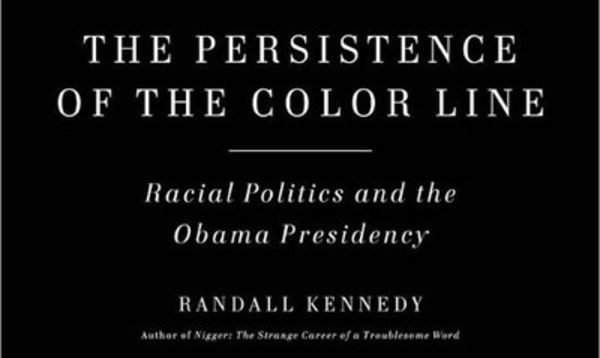 Randall Kennedy On Barack Obama:"Eloquence And Candor Are Not Always Useful Qualities"

"Take off your bedroom slippers. Put on your marching shoes. Shake it off. Stop complaining. Stop grumbling. Stop crying. We are going to press on. We have work to do." [Obama to Blacks: "Stop Complaining. We Have Work to Do", OpposingViews.com, September 25, 2011]

President Obama’s  rather startling reproof of his black critics at the Congressional Black Caucus’ dinner on Saturday night might or might not work. But it is a useful reminder that Obama’s relationship with the black community has always been complicated—while remaining, as I argued in my book America’s Half Blood Prince, the central preoccupation of his life. 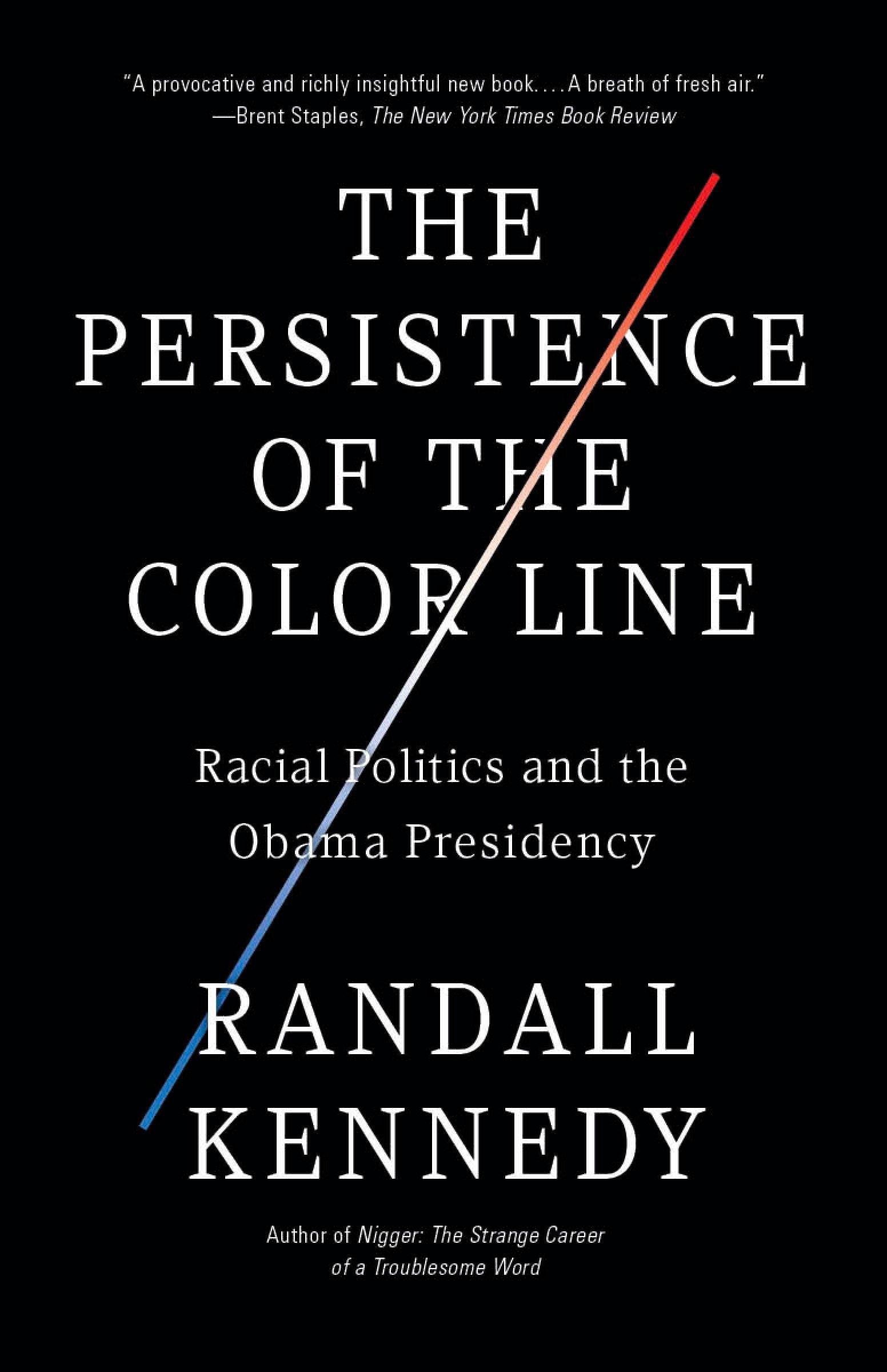 Someday, a very funny novel will be written about how Barack Obama became President. Harvard Law School professor Randall Kennedy's new study The Persistence of the Color Line: Racial Politics and the Obama Presidency isn't that book. But it provides, from a conventional but open-minded black liberal's perspective, ample evidence of just how large a role race played in Obamamania—with the candidate presenting a "blank screen" for the projection of inane racial fantasies.

With the Main Stream Media finally raising doubts about Obama's capabilities, it's worth considering the views of the leading black expert in Obama's chosen field of discrimination law, a man who knew Obama in the 1980s.

(By the way, have you noticed how being a law professor increasingly seems like The Last Good Job in America? Actually being a lawyer is turning into a lousy career choice , due to the vast number of graduates that law schools churn out. The law of supply and demand applies to salaries as well as wages. But law professors evidently have this thing, and it's golden. Thus, I frequently find myself reviewing books by law professors, such as Kennedy of Harvard —here's my VDARE.com review of Kennedy's 2003 book Interracial Intimacies

—and Amy Chua of Yale—here are my articles on her Battle Hymn of the Tiger Mother and World on Fire. They seem to have ample time on their hands. Other law professors, such as Chua's husband Jed Rubenfeld and Stephen Carter, both of Yale, write mystery novels in their off hours. And, of course, Obama was offered a tenured professorship at Chicago for writing nothing at all. Nice work if you can get it!)

Professor Kennedy is a strong supporter of Obama. But he points out a number of inconvenient facts that aren't part of The Narrative.

For instance, Kennedy, who likes a good argument, is struck by how little Obama was asked throughout 2007 and 2008 about his lone area of professional expertise: race law.

Not only did candidate John McCain refuse to bring up Obama's embarrassing relationship with Rev. Jeremiah Wright, but he also ignored (despite my express instructions) the entire issue of affirmative action:

"When Obama did discuss race relations, it was with notable sketchiness: he never explained during the campaign exactly where he stood on racial affirmative action, or racial voting rights, or other racial subjects that any president will influence considerably, through, among other things, his superintendency of the Department of Justice and his power to nominate federal judges."

Actually, Obama did post online detailed plans for expanding quotas and the like in the factsheet [PDF] given out at his Howard University speech, which I pointed out here in April 2008. You just had to know where to look for the information—which is the way Obama wanted it.

Thus, if you've been paying close attention, you'll notice the inevitable local news stories, such as this one from Toledo last week, about how the Obama Administration is investigating the local public schools to find out why, on average, whites get suspended less and take Advanced Placement tests more than blacks.[Why the Feds are Investigating the Toledo Public Schools, By Molly Bloom, NPR, September 20, 2011]

Why is Toledo, apparently, the only place in America where that happens? What are those racist Toledoans doing to cause this unique locus of racial inequality?

Each local racial inquisition would be comic in its stupidity if the country didn't have better things to do with its scare resources.

Kennedy says of Obama: "He won't champion it conspicuously, but he will maintain the affirmative-action status quo."

But Obama has, as he promised at Howard University, hired more and more enthusiastic inquisitors from leftwing organizations like the NAACP. The Obama Administration is cracking down, for example, on employers not hiring enough criminals in Baltimore, on disparate impact involving Facebook, and much more.

Now, you might think that pestering employers and educators is counterproductive, but that's not the point. The point is uncomplicated: to provide jobs and power to Howard grads.

Obviously, there's no profit for Obama in going public with his efforts for more quotas. Yet, since the Republicans are afraid to touch the issue, there's also no cost to him in the low profile maneuvers. Thus, to the extent that "personnel are policy”, he's on the job.

Kennedy points out that Obama's one taciturn reference to affirmative action in The Audacity of Hope was disingenuous:

"Obama, here, is simply obscuring the dilemmas that affirmative action inescapably poses. Racial affirmative action does distinguish between people on a racial basis. It does redistribute resources. It  does subject preferred candidates to lower standards than those who are unpreferred."

The most interesting anecdote about Randall Kennedy, Obama, and affirmative action, unfortunately, isn't in Kennedy's new book. It’s in David Remnick's voluminous biography of Obama, The Bridge. There we learn that Obama signed up for Kennedy's Harvard Law School class on "Race, Racism, and American Law" (Obama's career specialty), but then dropped it when he found out that Kennedy didn't silence debate over affirmative action:

"At the first class, Obama ... watched as a predictable debate unfolded between black students who objected to Kennedy's critique [of some aspects of affirmative action] and students on the right, almost all white, who embraced it. Obama feared a semester-long shout-fest. He dropped the course."

In the Anglo-American tradition, public debate is considered a good thing. But think about this from Obama's perspective of What's-in-it-for-me? How could open discussion of his legal privileges benefit him? He merely wanted to continue to enjoy unequal protection without having to attempt to justify it to skeptics.

Kennedy is amusingly dubious about everything touching on the Obama-Wright Affair. For example, Kennedy is impolitely skeptical of Obama's much acclaimed Christian faith, which he supposedly demonstrated by joining Rev. Wright's trendy church in the 1980s. (Oprah Winfrey had been a member, too, but she wised up and dropped Rev. Wright many years before Obama.)

Kennedy is also unimpressed by Obama's lavishly praised "A More Perfect Union" speech that he ginned up in response to the networks finally broadcasting tidbits from Rev. Wright's sermons. The response from white pundits:

"... is a vivid example of Obamamania. ... Many observers have lauded what they see as the speech's intellectual ambitiousness. I don't see, however, what so impresses them. ... I am not deriding or condemning the speech. As I mentioned previously, it appears to have accomplished its main purpose. Eloquence and candor are not always useful qualities."

In his lawyerly language, Kennedy flat out doesn't believe Obama's claims about being astonished and outraged by the broadcast sermons:

"It is noteworthy that candidate Obama, too, expressed shock in some of his varied responses to the Reverend Wright imbroglio. It is hard to believe, though, that he was truly unaware of the sentiment and rhetoric that generated the uproar. The claim of surprise is best understood as a strategy aimed at distancing himself from his former pastor."

One point that Kennedy touches on in passing is Obama's good luck in failing at his career ambition of convincing blacks he was black enough to be their leader. In the 2000 Democratic primary for a South Side seat in the House of Representatives:

"[Bobby] Rush decisively defeated Obama, in part, because he and his allies framed Obama as a "white man in blackface."

In a footnote, Kennedy adds:

"Obama's loss was a stroke of tremendous good fortune. Had he won, he would probably have had to adopt a political style attractive to the majority of his voting constituents but too liberal and too black for a presidential run."

The federal law requiring the drawing of mostly House black districts explains the weak progress of black politicians to statewide office better than supposed white animus. The Voting Rights Act is a quota system that offers black politicos an easy path to the House by playing the anti-white “race man”. But then it leaves them without a career path beyond that.

In contrast, in other popularity contests, black celebrities such as Oprah, Will Smith, and Michael Jordan have proven colossally popular with white audiences. Oprah, for instance, is the richest self-made woman in America, with $2.7 billion.

The simplest explanation for this pattern of huge black success in some popularity-driven fields but not in national politics: all else being equal, it's advantageous in 21st Century America to be black; but the quality of black politicians has been low. Oprah is a lot better at her job than, say, former Louisiana Congressman William Jefferson (who got caught stashing $90,000 in bribes in his freezer) was at his.

A WASPy black guy arrives on the scene, "the first mainstream African-American who is articulate and bright and clean and a nice-looking guy," in Vice-President Joe Biden's words, and white people rush to tell him he ought to be President.

He quickly comes to believe it, even though his wife can never quite figure out what the white people are getting so excited about. "Barack?" Michelle Robinson Obama used to babysit for Jesse Jackson, and Barack, for good and bad, is no Jesse.

Indeed, Obama lacks a key personality quirk needed for anyone to prosper psychologically as President: he doesn't thrive on human contact. He likes crowds chanting his name, but meeting people wears him down. He's not a big man. That's why a favorite weekend activity of his when he was back in Hyde Park was to browse alone in a bookstore for hours. Perhaps the happiest he seemed last summer was going to a bookstore on his Martha's Vineyard vacation to pick up the new novel by Daniel Woodrell, who wrote Winter's Bone. (Obama has good taste in literary fiction.)

In contrast: in 1987 I was getting off a plane at O'Hare, when I heard an excited murmur from female passengers in line ahead of me. Oprah was sitting in first class, waiting for the airliner to go on to Detroit. She was passing the time by greeting her fans as they filed passed. It was an interesting opportunity to study a celebrity in action without gawking.

Oprah turned out to be tremendous at this kind of random meet and greet, the best I've ever seen. In five seconds, she made each woman walking by feel like Oprah was her best friend forever.

That was 24 years and about $2.6 billion dollars ago for Oprah.

In that claustrophobic situation, Obama would likely have dashed off the plane for a cigarette.

Indeed, I suspect one reason Obama kept up his unfashionable smoking habit for all these years is that the legal persecution of smokers gave him an excuse to disappear from the smoke-unfilled rooms of today's political life and go out in the alley by himself for his Alone Time.

Picture Obama at some political meeting gesturing vaguely toward the Exit sign with his pack of Marlboros: "It's not that I'm sick of your company and have to get away from all of you before I scream, it's ... it's just the Law!"