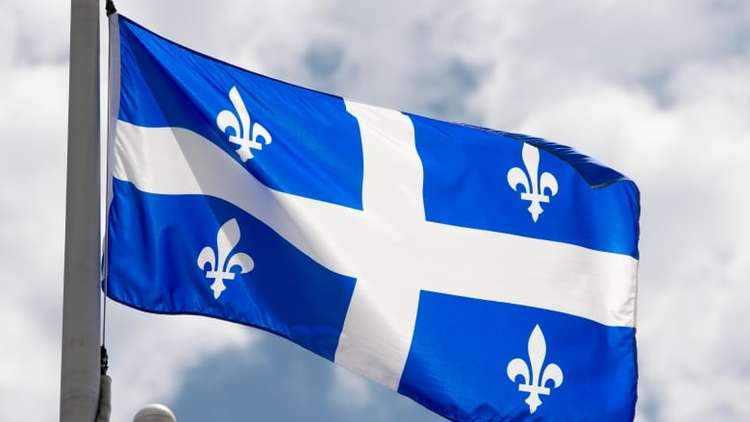 Quebec Answers The National Question: It’s A Nation!—And Separatism is Not Dead

Quebec separatism has refused to die. After the province’s September 4 election, the Parti Québécois is back in power (albeit with a minority government—for now). VDARE.com readers, unlike the Anglo Canadian and U.S. elite media, will not be surprised.  For separatism (or “sovereignty” as its adherents artfully prefer) to expire would require nothing less than the eclipse of the historic French-speaking Québécois nation.

And nations do not go away—not even America.

(It is devoutly to be hoped that the pollsters’ malign influence in Canadian politics will now decline precipitously. Do my American readers second the motion?)

Charest was doomed for three reasons: he had been in power for nine years and Quebeckers were sick of him; the reputation of his administration was destroyed by procurement scandals in the construction industry; and he was condemned as a tyrant for his draconian reaction to the Quebec student riots of the spring.

This is a telling point. Quebec styles itself a “distinct society.” The riots demonstrate the truth of this. Quebec is distinct, all right. By the standards of the English-speaking Rest of Canada (ROC), it is deeply, deeply weird. Thus in response to the Quebec government’s planned increase of university tuition from $2,168 to $3,793 annually (to be phased in over five years), Montreal was paralyzed repeatedly by mobs of up to half a million people, and scenes reminiscent of Paris 1968 were played out on the cobblestones.

The ROC response: Who cares what university students think? But Quebec cares; the moans of the callow are taken seriously there. Deeply, deeply seriously. So much so that Charest’s attempt to impose order finished him off.

The PQ was denied its majority by the rise of the CAQ, founded less than one year ago by an ex-PQ cabinet minister and best described as “Sovereignty, maybe.” The CAQ’s rise follows the fall of the very similar ADQ (Action démocratique du Québec) and represents yet another attempt at a “third way” between the alleged “federalism” of the Liberals and the sovereigntism of the PQ.

Ironically, “sovereignty” itself is an attempt to forge a third way between outright separatism and a full commitment to Canada.  (This is not unprecedented—Victorian Irish Home Rulers eschewed complete independence and even the 1921-1948 Irish Free State was not completely sovereign.)

As Peter Brimelow has written, all political parties in Quebec are nationalist, the only difference being how nationalist they are.

When the pollsters assured us the PQ would win a “comfortable majority,” Pauline Marois’ nationalism engendered the kind of hysteria one associates with MSNBC hosts forced to contemplate the horrors of the Republican National Convention.

Here’s a representative example, from the Globe and Mail’s Margaret Wente, a “responsible” Canadian right-winger:

Her campaign platform isn’t pretty. Although she’s basically a socialist, some of her rhetoric smacks of Europe’s anti-immigrant right wing. “Let us not yield to the intimidation of those who want to impose values that are not ours,” she declared in a campaign ad. She wants immigrants to pass a French test before they run for public office. (Originally this restriction was going to apply to people born in Quebec too, until aboriginal groups exploded in protest.) She wants to ban the display of all religious dress or symbols (except the crucifix) by anyone who works for the government. She wants to take away the right of Francophone and Allophone students to attend English-language junior colleges.[ Separatists stir up a nightmare in Quebec, August  28 2012,]

What a monster! Imagine that—a white politician who dares advocate on behalf of her own people.

But the plain fact is that the French-speaking people of Quebec have decided that they do not intend to share the fate of the Acadians of Nova Scotia. They are determined to survive as a nation in North America. That means that the Anglos and the Allophones (the English-speakers and the immigrants) must accommodate themselves to the French fact, not the other way around—even at the cost of Peggy Wente and that ilk rabbiting on about “xenophobia” and “ethnic cleansing.”

Quebec separatism has been declared dead at regular intervals over the last fifty years, especially after the PQ’s first referendum on independence failed in 1980 and when the second failed (by just 50,000 votes) in 1995. It “died” again last year when the separatist Bloc Québécois was wiped out in the federal election.

But what Canada’s wise men and women failed to understand was that the Bloc had in effect transferred its sovereigntism to a livelier host, the socialist New Democratic Party, which made what was heralded as an unprecedented break-through in Quebec . As a result, the NDP is now the Official Opposition federally—and its caucus is dominated by sovereigntists. Its new leader is a Quebecker himself, Thomas Mulcair, an ethnic hermaphrodite, half-Irish, half-Québécois, a common mixture in that province. (Former Prime Minister Brian Mulroney is one example; the Grace family is another.)

Before the Quebec election, David Frum, in a curious piece in the National Post, says separatism is dead because of the failure of the Euro.[ The real reason that separatism in Quebec is dead, September 1, 2012] (No, I don’t get it either.)

And in a fatuous piece in the Ottawa Citizen, [PQ governments come and go, September 4, 2012] Brian Lee Crowley argues that separatism is dead because there is no provision for it in the Canadian Constitution. And because the federal government would seize northern Quebec on behalf of its Indians. Does he really expect Canada to go to war over this?

The esteemed Canadian pundit Andrew Coyne once did. He told Peter Brimelow 20 years ago he would be “prepared to accept” a “low-level guerilla insurgency.” I have often amused myself with the thought of Colonel Coyne (as I have dubbed him) sporting a tin hat and bayonet and manning a guard booth at some Checkpoint Charlesbois.

Premier Marois has pledged not to schedule a third referendum until the “winning conditions” have been assured. In the meantime, what she will require from Prime Minister Stephen Harper is MORE—more money, more privileges, more of the attributes and appurtenances of a sovereign state without the corresponding responsibilities.

For 50 years, every prime minister has groveled to Quebec and acceded to these importunate demands. Because if they didn’t, Quebec might leave. And that would be unthinkable!

Mulcair is unlikely to balk. But Harper may, for two reasons.

As my old colleague Lorne Gunter  writes in the Toronto Sun:

A month ago, Abacus Data released a poll for Sun News showing just 52% of Canadians outside Quebec wanted Ottawa to make a concerted effort to keep Quebec part of the country. Twenty-six per cent were in favour of booting it out, and another 22% were unsure. But no matter whether they were in favour or not, 88% of nearly 1,800 respondents said there should be no special treatment of Quebec.