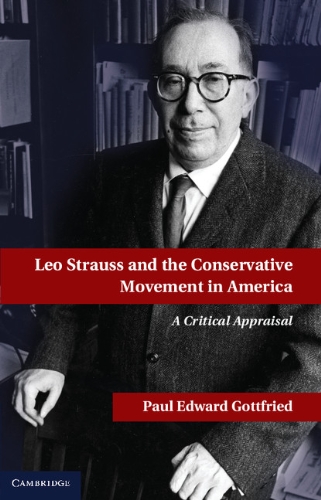 In introducing his new book, "Leo Strauss and the Conservative Movement in America," Paul Gottfried identifies a fundamental divide between neoconservatives and the traditional right. The divide is over the question: What is this nation, America?

Straussians, writes Gottfried, "wish to present the construction of government as an open-ended rationalist process. All children of the Enlightenment, once properly instructed, should be able to carry out this ... task."

For traditional conservatives, before the nation is born, "ethnic and cultural preconditions" must exist. All "successful constitutional orders," he writes, "are the expressions of already formed nations and cultures."

To the old right, America as a nation and a people already existed by 1789. The Constitution was the birth certificate the nation wrote for itself, the charter by which it chose to govern itself. The real America had been born in men's hearts by the time of Lexington and Concord in 1775.

In a recent issue of Modern Age, Jack Kerwick deals with this divide.

Irving Kristol, he writes, and quotes that founding father of modern neoconservatism, saw America as "a 'creedal' nation, a nation to which anyone can belong irrespective of 'ethnicity or blood ties of any kind, or lineage, or length of residence even.'"

"For Kristol and his ilk," Kerwick goes on, "one's identity as an American is established by nothing more than an intellectual exercise whereby one rationally assents to the propositions encapsulated in the Declaration."

"Given this unqualified quasi-religious commitment to 'the Rights of Man,' (for a neoconservative) America must be future-oriented, for as long as human rights are threatened, and regardless of where they are imperiled, her work in the world will never be complete."

Here one arrives at a root cause of the conflict between neocons and the right—a conflict that did not mature until the end of the Cold War.

Given their belief in America as an ideological nation and their fear that the party of George McGovern and Jimmy Carter was failing to wage the Cold War effectively against our ideological foe, communism, it was natural that the neocons would defect from their party to align with the party of Ronald Reagan.

By the 1980s, they were allies of the Old Right for the last decade of the Cold War.

It was when that Cold War ended that the chasm came into full view.

Some conservatives began to argue that now that the Soviet Union was history and Mao's China had given up on world revolution, our war was over and we should bring our troops home and become again "a normal country in a normal time."

Neoconservatives cried that this was "isolationism," and backed U.S. interventions in Panama, Haiti, Somalia, Kuwait and Iraq.

While a Republican House opposed war on Serbia, neocons cheered Bill Clinton's 78 days of bombing that tore Kosovo from the mother country.

When some on the right opposed the invasion of Iraq as an unwise and unnecessary war, National Review denounced them as "unpatriotic."

On reflection, the neoconservative rage made sense.

If one believes America is not a normal nation with definable interests, but a creedal nation dedicated to democracy, equality and human rights, one has converted to what Kristol called a "civic religion." And the mission of that faith is to advance the work begun in 1776, to make America—then the entire world—free, democratic and egalitarian.

Either our ideology triumphs or another shall, neocons believe. We are in a world historic struggle for the hearts and souls of mankind.

This ideology, this political religion, causes neocons, as Gottfried and Russell Kirk observed—the latter in his 1988 Heritage Foundation lecture on the species—to see opponents on the right as heretics and enemies of the true faith.

Yet, in the final analysis, the neoconservatism of Irving Kristol, writes Kerwick, future-oriented and utopian, "is not ... a form of conservatism at all."

Decades ago, when Irving called for a "Republican ideology," the scholar Gerhart Niemeyer upbraided him: "All modern ideologies have the same irrational root: the permeation of politics with millenarian ideas of pseudo-religious character. The result is a dream world."

Like 19th-century Marxists, neocons envision a future that is utopian—i.e., it is unattainable. For in the real world, history, faith and culture shape peoples, and peoples shape countries to reflect who and what they are.

Nations constructed from ideological blueprints like the Soviet Union of Vladimir Lenin and the China of Mao Zedong eventually collapse when their ruling ideas collide fatally with reality and human nature.

The one great success of the neocons came about by accident. In the shock of 9/11, George W. Bush was converted to global democratic revolution "to end tyranny in our world." And off we marched.

And after decade-long wars in Afghanistan and Iraq, we reaped the harvest: 6,500 dead, 40,000 wounded, trillions in debt, a nation divided and pandemic hatred of America across the Islamic world.

Perhaps the new wars for which our neocons clamor in Syria and Iran will prove at last the great leap forward into the brave new world of their dreams.