Why did Gen. Mike Flynn lie to the FBI about his December 2016 conversations with Russian Ambassador Sergey Kislyak?

Why did he not tell the FBI the truth?

As national security adviser to the president-elect, Flynn had called the ambassador. Message: Tell President Putin not to overreact to President Obama's expulsion of 35 Russian diplomats. Trump will be president in three weeks, and we are committed to a new relationship.

Not only was this initiative defensible, it proved successful. 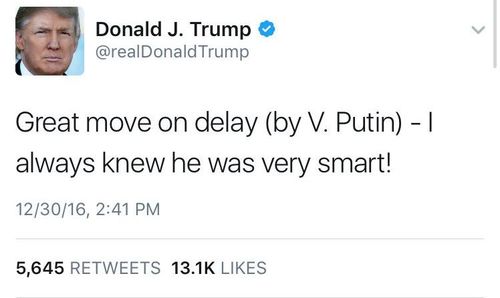 Putin accepted the loss of his diplomats and country houses on Long lsland and the Eastern Shore. Rather than expel U.S. diplomats in retaliation, he invited them and their families to the Kremlin's New Year's parties.

Among our Russophobes, one can almost hear the gnashing of teeth.

Clearly, Putin believes the Trump presidency offers Russia the prospect of a better relationship with the United States. He appears to want this, and most Americans seem to want the same. After all, Hillary Clinton, who accused Trump of being “Putin’s puppet,” lost.

Flynn, it now appears, was not freelancing, but following instructions. His deputy, K. T. McFarland, sent an email to six Trump advisers saying that Obama, by expelling the Russians, was trying to "box Trump in diplomatically."

"If there is a tit-for-tat escalation," warned McFarland, "Trump will have difficulty improving relations with Russia." Exactly. 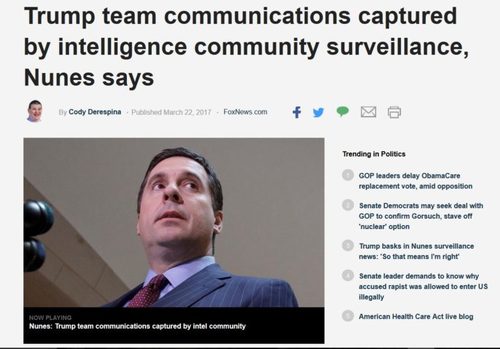 Flynn was trying to prevent Russian retaliation. Yet, as the ex-director of the Defense Intelligence Agency, he had to know his call to Kislyak was being monitored and recorded.

So, again, why would he lie to the FBI about a conversation, the contents of which were surely known to the people who sent the FBI to question him?

The other charge of lying about a call with Kislyak was Flynn's request for Russian help in getting postponed or canceled a Security Council vote on a resolution denouncing Israeli settlements on the West Bank.

Obama's White House was backing the anti-Israel resolution. And Bibi Netanyahu had asked Trump to weigh in to block the vote.

Bottom line: Flynn, acting on instructions, tried to prevent a U.N. condemnation of Israel, and to dissuade Russia from a mass expulsion of U.S. diplomats, lest this poison the well against a rapprochement for which the American people had voted.

In the court of public opinion, Flynn's actions would find broad support. Rather than deny knowledge of them, Trump should have taken credit for them.

Why the general would lie to the FBI about conversations he had to know U.S. intelligence had recorded is a puzzling question, but now also an irrelevant one, water over the dam.

For Trump's general is now the newly conscripted collaborator of the media-Mueller-Democrat-deep state conspiracy to overturn the election of 2016 and bring down the Trump presidency.

After 18 months, we have no evidence Trump colluded with Russia in hacking the emails of the DNC or John Podesta, which is what the FBI investigation was supposedly about.

There is no conclusive evidence Flynn committed a crime when, as national security adviser-designate, he tried to prevent Obama from sabotaging the policies Trump had run on—and won on.

Yet there is evidence Russian intelligence agents colluded with a British spy in the pay of the oppo research arm of the DNC and Hillary Clinton campaign—to find dirt on Donald Trump.

And there is evidence James Comey's FBI wanted to hire the British spy who appeared to have access to the Russian agents who appeared to possess all that wonderful dirt on the Donald.

It is hard to see how this ends well.

This weekend, after Flynn's admission he lied to the FBI, Beltway media were slavering like Pavlov's dogs at anticipated indictments and plea bargains by present and former White House aides, Trump family members, and perhaps Trump himself.

The joy on the TV talk shows was transparent.

Yet the media have already been badly damaged; first, by the relentless Trump attacks and the cheering for those attacks by a huge slice of the country; second, by their reflexive reaction. The media have behaved exactly like the "enemy" Trump said they were.

In this us-versus-them country, the media now seem to relish the role of "them." The old proud journalistic boast to be objective and neutral reporters, observers and commentators is gone.

We are all partisans now.

As last Friday's sudden 300-point drop in the Dow reveals, if Trump's enemies bring him down, they will almost surely crash the markets and abort the recovery that took hold in Trump's first year.

And if the establishment, repudiated by Trump's victory, thinks it will be restored to the nation's good graces if they destroy Trump, they are whistling past the graveyard.

When Caesar falls, the cheering for Brutus and Cassius tends to die down rather quickly. Then their turn comes.