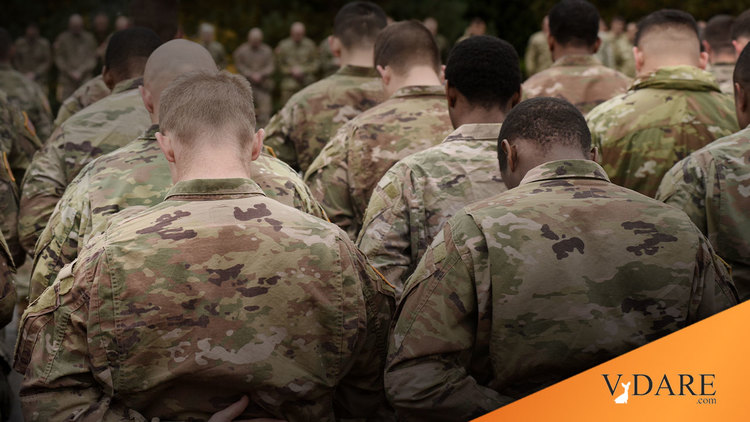 Because America entered both world wars of the 20th century last, while all the other great powers bled one another, and because we outlasted the Soviet Empire in the Cold War, America emerged, in the term of President George H.W. Bush, as "the last superpower."

We had it all. We were the "indispensable nation." We saw further into the future. We could impose our "benevolent global hegemony" on all mankind. And so it was that we set out to create a "new world order," plunging into successive wars in Iraq, the Balkans, Afghanistan, Iraq again, Syria, Libya, Yemen.

And as we went crusading for a new world order, Vladimir Putin's Russia gradually recovered from its crushing Cold War defeat, and China began to move out of America's shadow to become the most powerful rival modern America had ever faced.

Now, U.S. hegemony is being everywhere challenged—in Eastern Europe, the Near East, Southeast Asia, East Asia. And the challenges arise from autocrats united in their resolve to reduce the power and the presence of the United States in their part of the world.

All of America's adversaries have something in common: They want us out of their neighborhood.

After President Joe Biden's humiliating withdrawal from Afghanistan, Ukraine is the site of the latest challenge, triggered by Russia's deployment of some 100,000 troops on Ukraine's borders.

Given that he caused this crisis, Putin is unlikely to withdraw all his forces without visible assurances that Ukraine never becomes a member of NATO. And, given that no NATO ally or neighbor of Ukraine has shown a disposition to fight Russia for Ukraine, Putin is likely ultimately to prevail.

Neither Georgia nor Ukraine will soon be invited to join NATO, no matter the "open door" policy of the alliance.

And as Putin is committed to creating a sphere of influence where no next-door neighbor is a NATO ally, we are probably only at the beginning of a series of crises over the exclusion of nations from the alliance.

A second member of the global anti-American front is Iran.

The U.S. and Iran are said to be close to renewing the nuclear deal from which former President Donald Trump walked away. Yet, the persistent threat from Iran and its radical allies like the Houthi rebels in Yemen, Shia militia in Syria and Iraq, and Hezbollah in Lebanon is likely to complicate any U.S. effort to extricate ourselves from a Middle East that has consumed so much of our attention and resources since 9/11.

In East Asia, China has begun anew sending military aircraft into the Air Defense Identification Zone of Taiwan, and it has never relinquished its claim to that island of 24 million and former U.S. ally. After the Ukraine crisis is resolved, Taiwan is likely to soon be back on the front burner.

If we would not fight Russia on behalf of Ukraine, why would we go to war with China to defend the independence of Taiwan, when, 50 years ago this month, President Richard Nixon and Henry Kissinger declared Taiwan to be "a part of China"?

The question here is how far off is the next confrontation. And, as there is no U.S. national disposition to fight for Ukraine, it is hard to believe that, 70 years after sending 350,000 troops to South Korea, we would send an army of that size to again fight the North.

Bottom line: The balance of power is constantly shifting. And in this new century, it has been shifting in favor of America's adversaries, all of whom wish to see us diminished.

Where former President George W. Bush warned of an "axis of evil" that included Iraq, Iran and North Korea, its successor today includes Russia, China, Iran and North Korea, a far more formidable axis. Moreover, America's relative power and willingness to use it is far diminished from what it was in George Bush's day.

The new correlation of forces:

North Korea has become a full-fledged nuclear power with intercontinental ballistic missiles that can hit the USA. Russia's armed forces are more imposing than they were two decades ago. China has swept past every rival power to the United States, while America's allies are less powerful and less united behind it.

Meanwhile, America has run up a national debt larger than the entire U.S. economy. Its trade deficits are at record levels. Its borders are being overrun by migrants from all over the world. And its disposition to intervene, engage and fight for democracy has rarely been lower.

The global stress test of the last superpower is on, and it is not likely we will pass it with a grade as high as the one we had earned by the Cold War's end.