Patrick J. Buchanan: Is Trump The Heir To Reagan?

Three decades ago, as communications director in the White House, I set up an interview for Bill Rusher of National Review.

Among his first questions to President Reagan was to ask him to assess the political importance of Barry Goldwater. Said Reagan, "I guess you could call him the John the Baptist of our movement."

I resisted the temptation to lean in and ask, "Sir, if Barry Goldwater is John the Baptist, who would that make you?" 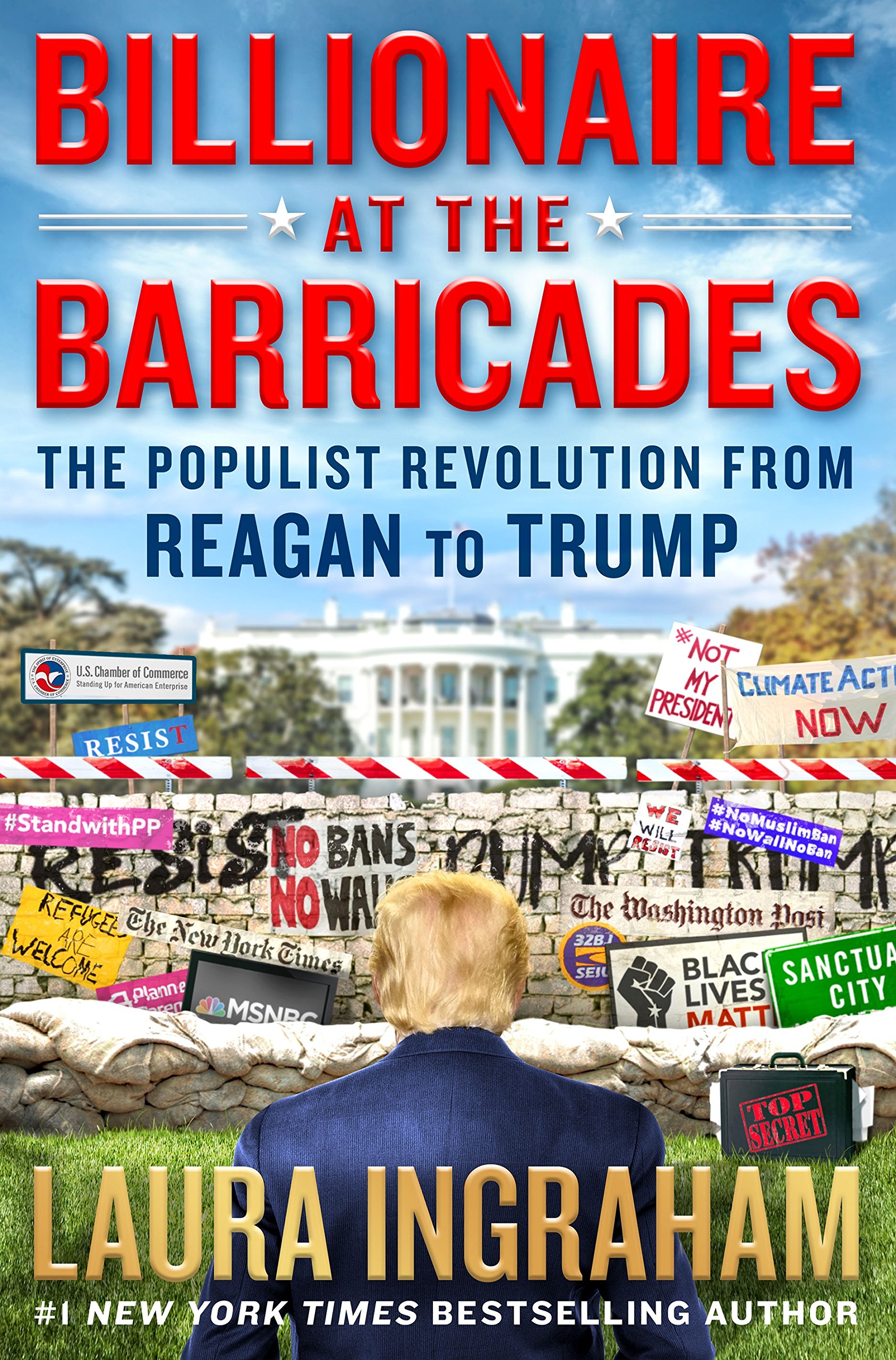 What brings the moment back is Laura Ingraham's new book: "Billionaire at the Barricades: The Populist Revolution from Reagan to Trump." Thesis: Donald Trump is a conservative populist and direct descendant and rightful heir to Ronald Reagan.

To never-Trumpers this is pure blasphemy. Yet the similarities are there.

Both men were outsiders, and neither a career politician. Raised Democratic, Reagan had been a Hollywood actor, union leader and voice of GE, before running for governor of California.

Trump is out of Queens, a builder-businessman in a Democratic city whose Republican credentials were suspect at best when he rode down that elevator at Trump Tower. Both took on the Republican establishment of their day, and humiliated it.

Among the signature issues of Trumpian populism is economic nationalism, a new trade policy designed to prosper Americans first.

Reagan preached free trade, but when Harley-Davidson was in danger of going under because of Japanese dumping of big bikes, he slammed a 50 percent tariff on Japanese motorcycles. Though a free trader by philosophy, Reagan was at heart an economic patriot.

He accepted an amnesty written by Congress for 3 million people in the country illegally, but Reagan also warned prophetically that a country that can't control its borders isn't really a country any more.

Reagan and Trump both embraced the Eisenhower doctrine of "peace through strength." And, like Ike, both built up the military.

Both also believed in cutting tax rates to stimulate the economy and balance the federal budget through rising revenues rather than cutting programs like Medicare and Social Security.

Both believed in engaging with the superpower rival of the day — the Soviet Union in Reagan's day, Russia and China in Trump's time.

And both were regarded in this capital city with a cosmopolitan condescension bordering on contempt. "An amiable dunce" said a Great Society Democrat of Reagan.

The awesome victories Reagan rolled up, a 44-state landslide in 1980 and a 49-state landslide in 1984, induced some second thoughts among Beltway elites about whether they truly spoke for America. Trump's sweep of the primaries and startling triumph in the Electoral College caused the same consternation.

However, as the Great Depression, New Deal and World War II represented a continental divide in history between what came before and what came after, so, too, did the end of the Cold War and the Reagan era.

As Ingraham writes, Trumpism is rooted as much in the populist-nationalist campaigns of the 1990s, and post-Cold War issues as economic patriotism, border security, immigration control and "America First," as it is in the Reaganite issues of the 1980s.

Which bring us to the present, with our billionaire president, indeed, at the barricades.

The differences between Trump in his first year and Reagan in 1981 are stark. Reagan had won a landslide. The attempt on his life in April and the grace with which he conducted himself had earned him a place in the hearts of his countrymen. He not only showed spine in giving the air traffic controllers 48 hours to get back to work, and then discharging them when they defied him, he enacted the largest tax cut in U.S. history with the aid of boll weevil Democrats in the House.

Coming up on one year since his election, Trump is besieged by a hostile press and united Democratic Party. This city hates him. While his executive actions are impressive, his legislative accomplishments are not. His approval ratings have lingered in the mid-30s. He has lost half a dozen senior members of his original White House staff, clashed openly with his own Cabinet and is at war with GOP leaders on the Hill.

Moreover, we seem close to war with North Korea that would be no cakewalk. And the president appears determined to tear up the Obama nuclear deal with Iran that his own national security team believes is in the national interest.

Reagan was, as Trump claimed to be, an anti-interventionist. Reagan had no wish to be a war president. His dream was to rid the world of nuclear weapons. This does not sound like Trump in October 2017.

Steve Bannon may see the 25th Amendment, where a Cabinet majority may depose a president, as the great threat to Trump.

But it is far more likely that a major war would do for the Trump presidency and his place in history what it did for Presidents Wilson, Truman, LBJ and George W. Bush.