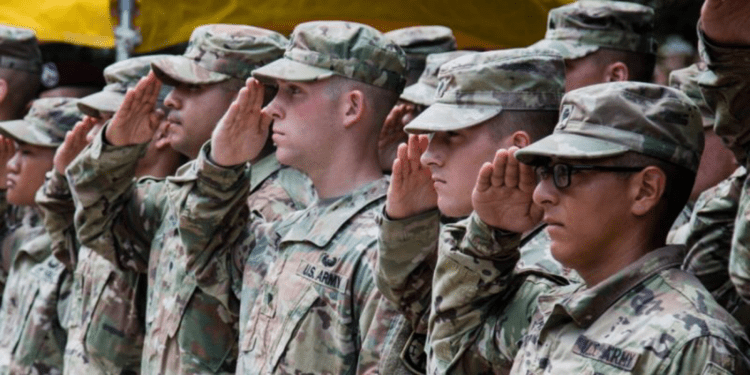 Patrick J. Buchanan: Is It Jaw-Jaw Or War-War With Iran?

"Jaw-jaw is better than war-war," is attributed, wrongly, say some historians, to Winston Churchill. Still, the words lately came to mind.

While last week ended with a hopeful U.S.-Iranian prisoner exchange that was hailed by President Donald Trump—"Thank you to Iran for a very fair negotiation. See, we can make a deal together"—a few days earlier, the week produced more ominous news.

In a startling front-page story Wednesday, The Wall Street Journal reported that the U.S. is to send 14,000 troops to the Middle East, in addition to the 14,000 we have sent since May.

The reason for the reinforcements, said the Journal, is Iran.

"The Trump administration is considering a significant expansion of the U.S. military footprint in the Middle East to counter Iran, including dozens more ships ... and as many as 14,000 additional troops."

By week's end, Defense Secretary Mark Esper had knocked down the Journal story, saying no major new deployment is planned and U.S. forces in the region are sufficient to deal with the situation in Iran.

And what is that situation?

Strategically, economically and politically, the Islamic Republic of Iran seems to be in almost desperate straits.

U.S. sanctions have slashed Iran's oil sales from 2.5 million barrels per day to, by one estimate, 400,000 barrels. After the Nov. 15 announcement of a 50% hike in gas prices to close a budget gap, a week of riots exploded. Within days, protesters were calling for the overthrow of the regime.

Security forces answered with gunfire. In the bloodiest political violence since the Islamic Revolution of 1979, hundreds were killed, with thousands wounded. Amnesty International says it has documented more than 200 deaths.

U.S. special representative for Iran Brian Hook said that 1,000 Iranian citizens may have died: "We know for certain it is many, many hundreds." Iranian officials concede security forces opened fire with live ammunition.

How long can Iran, its oil revenue a fraction of what it was, cope with this deepening crisis? How long before a desperate Iran lashes out?

When Trump withdrew from the nuclear deal and reimposed U.S. sanctions, Iran warned that if its oil could not get out of the Persian Gulf, the oil of other Gulf States could be kept off of the world markets.

Then came a missile and drone strike on Saudi oil facilities that briefly cut Saudi production in half, to 5 million barrels a day. While the Houthis in Yemen claimed responsibility, the West believes Iran did it.

But the attack on the Saudi oil facilities went answered.

And what, exactly, is the goal of these U.S. sanctions? What is the strategic objective of the pain we are causing—to punish the Iranians or to persuade them to come to the bargaining table?

If it is to strangle the Iranian economy and cause riots, then it is working.

But what is the diplomatic objective? Is it to force Iran to accept a new, tougher and more durable nuclear deal? Does Trump want new controls on Iranian missile tests and a withdrawal of Iranian forces from Syria?

Is it to choke Iran's economy to death if Tehran does not capitulate to U.S. demands, as we are doing to Nicolas Maduro's Venezuela?

Is it to ignite a revolution and bring down the government?

Is it to provoke Iran into launching reprisal attacks on U.S., Israeli or Saudi interests that might result in a war that sees Iran's naval and missile forces smashed as Saddam Hussein's forces were smashed?

Yet, a new Mideast war—ignited by Trump's sanctions, which would break his pledge to extricate us from the forever wars of the Middle East, and could cripple the U.S. and world economy—might produce a President Joe Biden or Pete Buttigieg in 2020.

Baghdad has also been wracked by protests that have killed over 400 people, according to Iraq's High Commission for Human Rights.

France, Britain and Germany, co-signers of the nuclear deal who have sought to maintain the agreement, now appear to believe the Iranians are violating the spirit if not the letter of the deal by testing nuclear-capable ballistic missiles.

Iranian Foreign Minister Javad Zarif calls the allegation "a desperate falsehood." The Europeans are "bowing to US bullying," and covering up their own "miserable incompetence," he said.

Two U.S. Defense Secretaries, Leon Panetta and James Mattis, called this weekend for U.S.-Iranian negotiations. And Trump's tweet on the prisoner exchange indicates a receptivity to the idea.

For all involved, jaw-jaw would seem a better option than war-war.