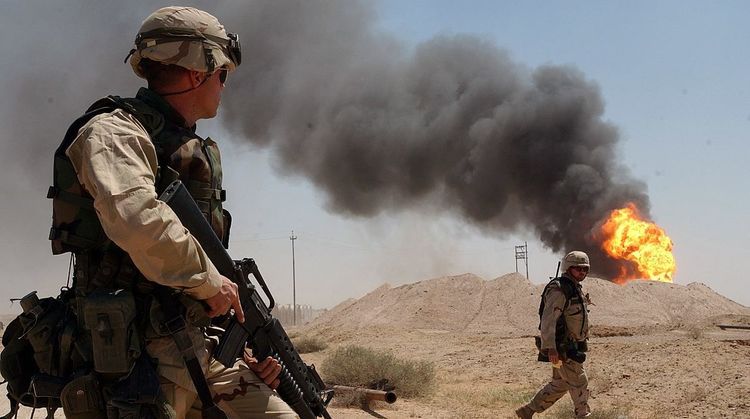 Patrick J. Buchanan: Is a New US Mideast War Inevitable?

In October 1950, as U.S. forces were reeling from hordes of Chinese troops who had intervened massively in the Korean War, a 5,000-man Turkish brigade arrived to halt an onslaught by six Chinese divisions.

Said supreme commander Gen. Douglas MacArthur: "The Turks are the hero of heroes. There is no impossibility for the Turkish Brigade."

In 1951, Turkey ended a neutrality dating to the end of World War I and joined NATO. In the seven decades since, there has been no graver crisis in U.S.-Turkish relations than the one that erupted this week.

Turkey has just received the first components of a Russian S-400 air and missile defense system, despite U.S. warnings this would require the cancellation of Turkey's purchase of 100 F-35 Joint Strike Fighters.

"The F-35 cannot coexist with a Russian intelligence collection platform that will be used to learn about its advanced capabilities," said the White House.

The sale has been canceled. The Turkish pilots and instructors training in the U.S. are being sent home. Contracts with Turkish companies producing parts for the F-35 are being terminated. Under U.S. law, the administration is also required to impose sanctions on Turkey for buying Russian weaponry.

Wednesday, the Pentagon warned Turkey against military action in an area of Syria where U.S. troops are deployed. The Turks appear to be massing for an incursion against U.S.-backed Syrian Kurdish forces Ankara regards as terrorist allies of the Kurdish PKK inside Turkey.

How America and Turkey avoid a collision that could wreck NATO, where the Turks field the second-largest army in the alliance, is not easy to see.

U.S. hawks are already calling for the expulsion of Turkey from NATO. And expulsion of U.S. forces and nuclear weapons from the Incirlik air base in Turkey in retaliation is not out of the question.

President Recep Tayyip Erdogan sounds defiant: "We have begun to receive our S-400s. ... God willing, they will have been installed in their sites by April 2020. ... The S-400s are the strongest defense system against those who want to attack our country. Now the aim is joint production with Russia. We will do that."

While potentially the most crucial of recent developments in the Middle East, the U.S.-Turkish situation is not the only one.

The UAE is pulling its forces out of Yemen as Congress seeks to restrict U.S. support for Saudi forces fighting Houthi rebels there and to sanction Riyadh for the murder of Washington Post columnist Jamal Khashoggi.

If the UAE pulls out, and the U.S. cuts its military aid, the Saudis cannot prevail in a war they have been unable to win with our help after four years of fighting. And if the Houthis win, the Saudis and Sunni Arabs lose, and Iran wins.

This week, to strengthen the U.S. presence for any confrontation with Iran, President Donald Trump is sending 500 additional U.S. troops to Saudi Arabia.

While the U.S. and Iran have thus far avoided a military or naval clash that could ignite a major war, the "maximum pressure" sanctions Trump has imposed are choking Iran's economy to death. How this ends in a negotiated resolution and not a shooting war remains difficult to see.

In Doha, Qatar, the U.S. is negotiating with the Taliban over the conditions for a withdrawal of the 14,000 U.S. troops still in Afghanistan. And with the Taliban controlling more of the countryside than they have since being ousted from power in 2001, and conducting regular suicide bombings in Afghan cities and towns, it is hard to see how this Kabul regime and its army prevail in a civil war when we are gone, when they could not while we were there.

In this new century, leaders of both parties have plunged our country into at least five wars in the Middle and Near East.

In 2001, after ousting the Taliban and driving al-Qaida out, we decided to use our power and ideas to build a new democratic Afghanistan. In 2003, we invaded and occupied Iraq to create a pro-Western bastion in the heart of the Middle East.

In 2011, Barack Obama ordered U.S. planes to attack Colonel Gadhafi's forces in Libya. We brought him down. Obama then backed Syrian rebels to overthrow the dictator Bashar Assad. In 2015, U.S. forces supported a Saudi war to roll back the Houthi rebels' victory in Yemen's civil war.

None of these wars has produced a victory or success for us.

But taken together, they did produce a multitrillion-dollar strategic and human rights disaster. Meanwhile, China gained much from having its great rival, the world's last superpower, thrashing about ineffectually in the forever wars of the Middle East.

Yes, they do. As the British, French, Germans, Japanese and Russians showed in the last century, that is how they cease to be great nations.