Patrick J. Buchanan: A Never-Trump Press in Near Panic

Earlier by Patrick J. Buchanan: Did the FBI Conspire to Stop Trump?

"All the News That's Fit to Print" proclaims the masthead of The New York Times. "Democracy Dies in Darkness," echoes The Washington Post. 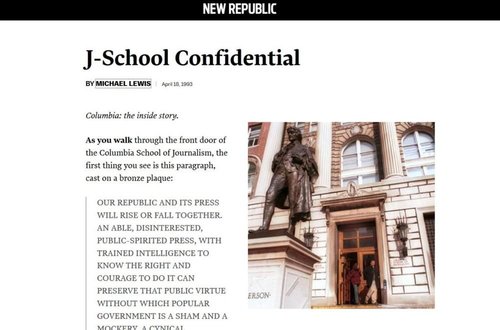 "The people have a right to know," the professors at Columbia University Graduate School of Journalism hammered into us in 1962. "Trust the people," we were admonished.

Explain then this hysteria, this panic in the press over the release of a four-page memo detailing one congressional committee's rendering of how Trump-hate spawned an FBI investigation of Republican candidate and President Donald Trump.

What is the press corps afraid of? For it has not ceased keening and caterwauling that this memo must not see the light of day.

Do the media not trust the people? Can Americans not handle the truth?

Is this the same press corps that celebrates "The Post," lionizing Kay Graham for publishing the Pentagon Papers, top-secret documents charging the "Best and the Brightest" of the JFK-LBJ era with lying us into Vietnam?

Why are the media demanding a "safe space" for us all, so we will not be harmed by reading or hearing what the memo says?

Security secrets will be compromised, we are warned.

Really? Would the House Intelligence Committee majority vote to expose secrets that merit protection? Would Speaker Paul Ryan and White House chief of staff Gen. John Kelly, who have read and approved the release of the memo, go along with that?

Is Gen. Kelly not a proven patriot, many times over?

The committee's ranking Democrat, Adam Schiff, who earlier warned of a threat to national security, now seems ready to settle for equal time. If the majority memo is released, says Schiff, the minority version of events should be released.

Schiff is right. It should be, along with the backup behind both.

This week, however, FBI Director Chris Wray and Deputy Attorney General Rod Rosenstein slipped into the White House to plead with Kelly to keep the Republican memo secret. Wednesday, both went public to warn the White House against doing what Trump said he was going to do.

This is defiant insubordination. And it is not unfair to ask if Rosenstein and Wray are more alarmed about some threat to the national security than they are about the exposure of misconduct in their own agencies.

The memo is to be released Friday. Leaks suggest what it contends:

That the Russiagate investigation of Trump was propelled by a "dossier" of lies and unproven allegations of squalid conduct in Moscow and Trumpian collusion with Russia.

Who prepared the dossier?

The leading dirt-diver hired by the Clinton campaign, former British spy Christopher Steele. In accumulating his Russian dirt, Steele was spoon-fed by old comrades in the Kremlin's security apparatus.

Not only did the FBI use this dirt to launch a full investigation of Trump, the bureau apparently used it to convince a FISA court judge to give the FBI a warrant to surveil and wiretap the Trump campaign.

If true, the highest levels of the FBI colluded with a British spy digging dirt for Hillary to ruin the opposition candidate, and, having failed, to bring down an elected president.

Is this not something we have a right to know? Should it be covered up to protect those at the FBI who may have engaged in something like this?

"Now they are investigating the investigators!" comes the wail of the media. Well, yes, they are, and, from the evidence, about time.

In this divided capital, there are warring narratives.

The first is that Trump was compromised by the Russians and colluded with them to hack the DNC and Clinton campaign to destroy her candidacy. After 18 months, the FBI and Robert Mueller probes have failed to demonstrate this.

The second narrative is now ascendant. It is this:

In mid-2016, James Comey and an FBI cabal, including Deputy Director Andrew McCabe, lead investigator Peter Strzok and his FBI paramour Lisa Page, decided Clinton must not be indicted in the server scandal, as that would make Trump president.

So they colluded and put the fix in.

This alleged conspiracy is being investigated by the FBI inspector general. His findings may explain last week's sudden resignation of McCabe and last summer's ouster of Strzok from the Mueller probe.

If true, this conspiracy to give Hillary a pass on her "gross negligence" in handling secrets, and take down Trump based on dirt dug up by hirelings of the Clinton campaign would make the Watergate break-in appear by comparison to be a prank.

Here we may have hit the reason for the panic in the media.

Trump-haters in the press may be terrified that the memo may credibly demonstrate that the "Deplorables" were right, that the elite media have been had, that they were exploited and used by the "deep state," that they let their detestation of Trump so blind them to reality that they made fools of themselves, and that they credited with high nobility a major conspiracy to overthrow an elected president of the United States.