Pat Buchanan: Is the American Empire Worth the Price?

"When a man knows he is to be hanged in a fortnight," Samuel Johnson observed, "it concentrates his mind wonderfully."

And the prospect of a future where Kim Jong Un can put a nuclear weapon on a U.S. city is going to cause this nation to reassess the risks and rewards of the American Imperium. 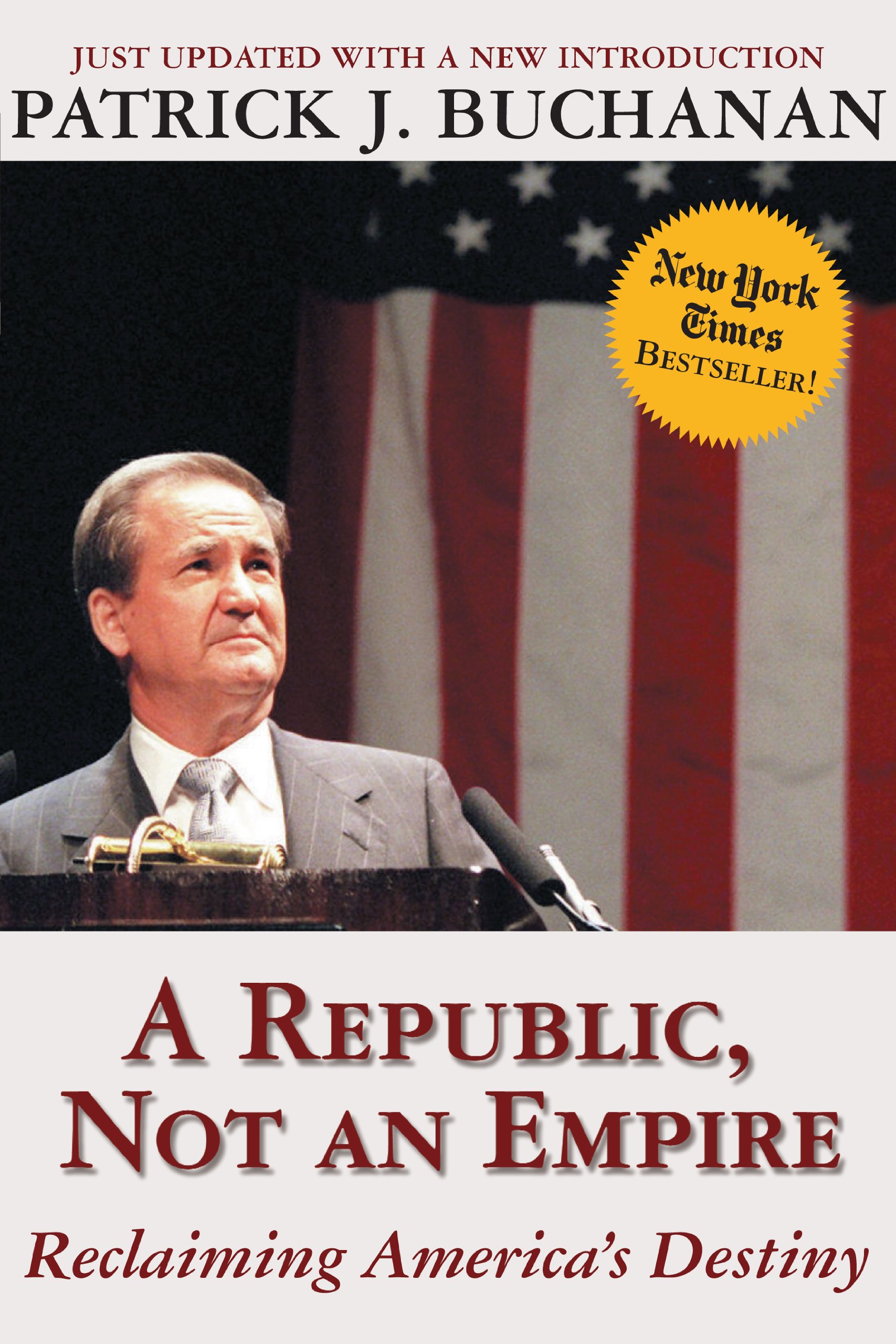 "Why should Americans be first to die in any second Korean war?" this writer asked in 1999 in A Republic, Not an Empire.

"With twice the population of the North and twenty times its economic power, South Korea ... is capable of manning its own defense. American troops on the DMZ should be replaced by South Koreans."

Bluster and bluff. In 2006, Pyongyang called and raised and tested an atom bomb. Now Kim Jong Un is close to an ICBM.

As Kim believes the ability to hit America with a nuclear weapon is the only certain way he has of deterring us from killing his regime and him, he will not be talked out of his ICBM. Nor, short of an embargo-blockade by China, will sanctions keep him from his goal, to which he inches closer with each missile test.

As for the "military option," U.S. strikes on Kim's missile sites could cause him to unleash his artillery on Seoul, 35 miles south. In the first week of a second Korean war, scores of thousands could be dead.

If North Korea's artillery opened up, says Gen. Barry McCaffrey, the U.S. would be forced to use tactical atomic weapons to stop the carnage. Kim could then give the suicidal order to launch his nukes.

A third option is to accept and live with a North Korean ICBM, as we have lived for decades with the vast nuclear arsenals of Russia and China.

Now, assume the best: We get through this crisis without a war, and Kim agrees to stop testing ICBMs and nuclear warheads.

Does anyone believe that, given his youth, his determination to drive us off the peninsula, and his belief that only an ICBM can deter us, this deal will last and he will abandon his nuclear program?

Given concessions, Kim might suspend missile and nuclear tests. But again, we deceive ourselves if we believe he will give up the idea of acquiring the one weapon that might ensure regime survival.

Hence, assuming this crisis is resolved, what does the future of U.S.-North Korean relations look like?

To answer that question, consider the past.

In 1968, North Korea hijacked the USS Pueblo on the high seas and interned its crew. LBJ did nothing. In April 1969, North Korea shot down an EC-121, 100 miles of its coast, killing the crew. Nixon did nothing.

Under Jimmy Carter, North Koreans axe-murdered U.S. soldiers at Panmunjom. We defiantly cut down a nearby tree.

Among the atrocities the North has perpetrated are plots to assassinate President Park Chung-hee in the 1960s and '70s, the Rangoon bombing that wiped out much of the cabinet of Chun Doo-hwan in 1983, and the bombing of Korean Air Flight 858, killing all on board in 1987.

And Kim Jong Un has murdered his uncle and brother.

If the past is prologue, and it has proven to be, the future holds this. A renewal of ICBM tests until a missile is perfected. Occasional atrocities creating crises between the U.S. and North Korea. America being repeatedly dragged to the brink of a war we do not want to fight.

As Secretary of Defense James Mattis said Sunday, such a war would be "catastrophic. ... A conflict in North Korea ... would be probably the worst kind of fighting in most people's lifetimes."

When the lesson sinks in that a war on the peninsula would be a catastrophe, and a growing arsenal of North Korean ICBMs targeted on America is intolerable, the question must arise:

Why not move U.S. forces off the peninsula, let South Korean troops replace them, sell Seoul all the modern weapons it needs, and let Seoul build its own nuclear arsenal to deter the North?

Remove any incentive for Kim to attack us, except to invite his own suicide. And tell China: Halt Kim's ICBM program, or we will help South Korea and Japan become nuclear powers like Britain and France.

Given the rising risk of our war guarantees, from the eastern Baltic to the Korean DMZ—and the paltry rewards of the American Imperium—we are being bled from Libya to Syria, Iraq, Afghanistan and Yemen—a true America First foreign policy is going to become increasingly attractive.

Kim's credible threat to one day be able to nuke a U.S. city is going to concentrate American minds wonderfully.