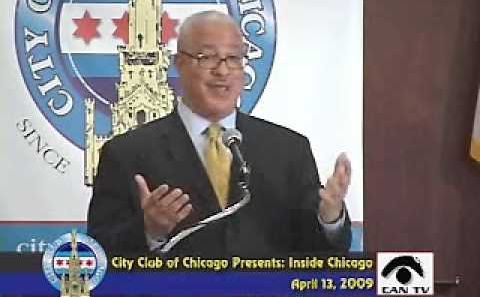 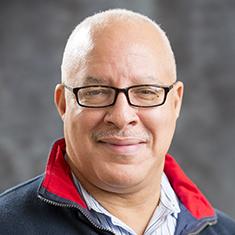 In his "Rules of Civility and Decent Behavior," George Washington offered this sage advice: "Associate with men of good quality if you esteem your own reputation; for it is better to be alone than in bad company."

Too bad President Obama and his best Chicago golfing buddy (BCGB), Dr. Eric Whitaker, didn't heed our Founding Father's wisdom. The duo's continued intimacy, as the stench of government corruption thickens around them, speaks volumes about our current commander in chief's reckless disregard for his reputation.

How close is Obama to the beleaguered doc? They met playing basketball while grad students at Harvard — and have been goofing off together for years. Since Obama first moved into the White House, Whitaker has been a regular traveling companion. He hit the links with the First Duffer at Martha's Vineyard in 2009, 2010, 2011, 2013 and 2014. Whitaker accompanied Obama to Hawaii in 2009, 2010, 2011 and 2013.

Whitaker also played hoops with Obama during a three-day getaway to Chicago in February 2009, attended the Obamas' first state dinner in November 2009, and traveled with Obama to Norway in December 2009 for the Nobel Peace Prize ceremony.

This is no casual acquaintance. Obama and Whitaker are tighter than skinny jeans on One Direction bandmates.

The Chicago chumminess extends to first lady Michelle Obama. According to Chicago magazine's Carol Felsenthal, Whitaker's physician wife, Cheryl, traveled with Mrs. Obama to battleground states during the 2008 presidential campaign. They've been "gym workout buddies" for decades and grew close while both were employed at the University of Chicago Medical Center.

As you may recall, Mrs. Obama held a cushy, six-figure salaried post at the medical center. Her most infamous project: a rather un-progressive patient-dumping scheme (promoted by Obama crony David Axelrod's public relations firm) to offload poor clients in order to clear up bed space for wealthier insured customers.

Eric Whitaker took over for Mrs. Obama as a $700,000-a-year executive vice president of the medical center and director of the "Urban Health Initiative" when she moved to 1600 Pennsylvania Ave. In 2012, the Obama administration awarded the program a nearly $6 million grant to build a government-sponsored electronic medical record-sharing system.

As I noted in "Culture of Corruption" in 2009, Rezko pulled the strings at the Illinois Health Facilities Planning Board overseeing medical construction projects. Whitaker sat as the resident stooge "overseeing" that panel's budget, which crooked Rezko exploited to solicit kickbacks and payoffs. His wanton abuse of power over the agency led to his 2011 conviction. Whitaker claimed he knew nothing.

It seems that everyone Whitaker has surrounded himself with is either in jail or on trial. The corruptitis is contagious. Last summer, the feds indicted Whitaker's former chief of staff, Quinshaunta R. Golden, on bribery, theft and fraud charges related to the embezzlement of $433,000 in state health department funds. Golden and another Whitaker underling, Roxanne Jackson, pleaded guilty this spring.

Once again, Whitaker claimed he knew nothing.

Fun fact: Whitaker also happens to be the man identified by author Edward Klein as the fixer who attempted to bribe the race-baiting Rev. Jeremiah Wright to keep quiet about his friendship with Barack Obama.

The D.C. press corps has looked the other way at Obama's BCGB. But this know-nothing crony made headlines this week in the Windy City, where federal prosecutors asked a judge to declare the White House BCGB a "hostile witness" in a sordid taxpayer grant scandal. Yet another close Whitaker associate, Chicago businessman Leon Dingle Jr., is on trial for filching $3 million in state taxpayer grants for vacation homes and fancy cars. The feds say the scheme also benefited Whitaker on at least three occasions. Yet, scandal-magnet Whitaker has not been charged with any crimes.

Birds of a foul feather cover up together, eh, President Obama?