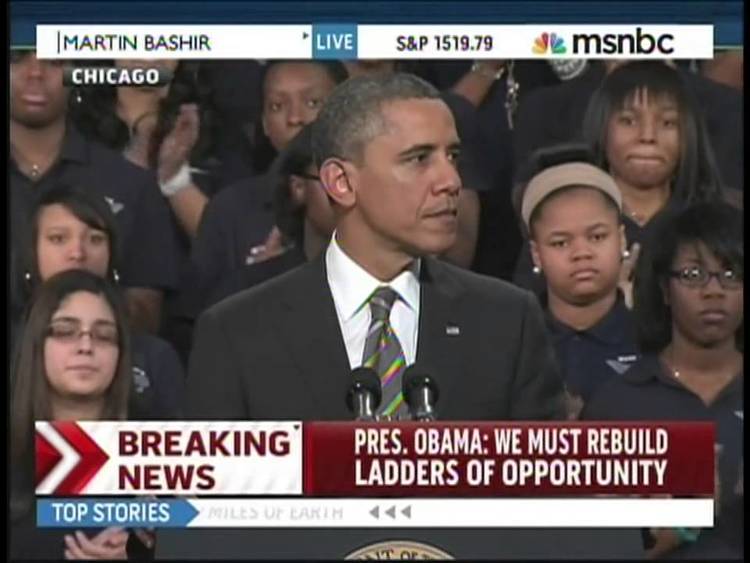 President Barack Obama has been chided for failing to keep his promise to visit the South Side of Chicago, which he dubbed “his Kennebunkport,” every six to eight weeks, [Obama's Chicago visits: Mixed feelings on infrequency of trips home, By Katherine Skiba and Becky Schlikerman, Chicago Tribune, April 12, 2011] But on Friday (February 15) he returns to one of the largest concentrations of black people in the world to push for more gun control. [Obama coming to Chicago to 'talk about the gun violence', By Ellen Jean Hirst, Naomi Nix and Jennifer Delgado,Chicago Tribune, February 11, 2013]

Obama will use the gun violence in Chicago, in particular the murder of 15-year-old Chicago public school “honor student” Hadiya Pendleton, whose majorette squad had participated in Obama’s inauguration festivities a few days earlier, as a symbol for restricting firearms all over America. Pendleton was gunned down not far from the Chicago residence of America’s First Family. Her four-hour funeral was attended by the First Lady herself. [Hadiya Pendleton funeral: Joyous memories, bitter facts about gun violence, By Dahleen Glanton and Bridget Doyle, Chicago Tribune, February 9, 2013] and Obama invited Cleopatra Pendleton, Hadiya’s mother, to Tuesday’s State of the Union address.

But the violence in Chicago and the “random” shooting of Pendleton—just one of the 51 homicide victims and 185+ gunshot victims in the city of Chicago in 2013 as of February 14—are a fatally flawed symbol of the need to force the American people to surrender the Second Amendment and their right to bear arms.

No—rather, the South Side of Chicago and the condition of the almost entirely black community there instead symbolizes why the Second Amendment must be protected at all costs.

Recall that Chicago was one of the first major cities to eliminate its citizens’ right to purchase handguns—in 1982, its city council passed what amounted to the strictest gun control laws in America. This coincided with Chicago’s black population overtaking the white population for the first time in the city’s history. Chicago was more than 85 percent white in the 1950s, but massive migration of blacks from the South and white flight from the city reshaped the demographics of Chicagoland.

It is the black population’s propensity to commit robberies, assaults, and murder using guns—even though they are illegal in Chicago—that threatens to destabilize the city, scaring away tourists, driving away capital investment, aborting gentrification. (There’s a riveting account of this mayhem in Sudhir Venkatesh’s 2008 book Gang Leader for a Day: A Rogue Sociologist Takes to the Streets).

This is a city where

Incredibly, the death toll by murder in Chicago over the past decade is greater than the number of American soldiers who have died in Afghanistan since the beginning of Operation Enduring Freedom:

Of the victims of murder in Chicago from 2003 to 2011, an average of 77 percent had a prior arrest history, with a high of 79 percent of the 436 murdered in Chicago in 2010 having arrest histories.

The plain and unspeakable truth is that it is the black population itself that is responsible for creating conditions where law-abiding citizens flee and where 15-year-old girl can be shot walking home from school. But not only is this truth unspeakable, it is literally inverted in the MSM. Thus columnist Susan Reimer (email her) recently racialized the gun control debate by lamenting that “angry white men” showed up a debate in Prince George’s County and contributed their voice to a national dialogue that should properly ensure they have no voice at all.

Gun violence is a scourge in so many black communities, families, churches, schools. It is the leading cause of death among young black men. And yet it seemed those in the audience Tuesday night were willing to let those angry white men, with their National Rifle Association talking points, hijack the conversation.

[Rage and resignation at the gun control town hall: Susan Reimer says angry white men are having their say on the gun issue, Baltimore Sun, February 6, 2013]:

Because of black dysfunction that is threatening to turn cities like Chicago and Baltimore into Detroit, law-abiding citizens must disarm. That’s the logic of Susan Reimer. And Barack Obama.

If you really want to see the State of the Union in 2013, go look to Obama’s adopted hometown of Chicago.

But, remember, if you get mugged, dialing 9-1-1 will no longer generate a response from city’s police.