Nuclear Jihad: Immigration Has Brought The Threat Inside Our Tent 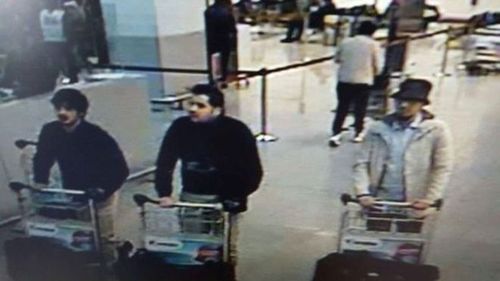 It's not over. It's never over. After last week's deadly airport and subway bombings in Brussels, the Belgian government remains on high alert for jihad attacks and espionage at its nuclear facilities.

One Belgian nuke plant security guard was murdered recently and his ID is missing. Two of the Brussels bombers reportedly spied on the home of a top senior scientist in the country's nuclear program. ISIS has been implicated in an alleged insider plot to obtain radioisotopes from one of Belgium's nuclear plants for a dirty bomb. Two former Belgian nuke plant workers left their jobs to fight for ISIS in Syria.

This is all according to plan. The al-Qaida house organ, Inspire magazine, has urged its followers to conduct attacks using "specialized expertise and those who work in sensitive locations that would offer them unique opportunities" to wreak havoc.

Could Islamic terrorists and other criminal menaces now exploit homeland security vulnerabilities at our own nuclear power plants and other utilities here in the U.S.?

Answer: They already have.

In 2011, a little-remembered Department of Homeland Security intelligence report warned of the ongoing enterprise of jihadi infiltration at nuclear, utility and other infrastructure facilities. The memo, titled "Insider Threat to Utilities,"  [PDF] warned that "violent extremists have, in fact, obtained insider positions." Moreover, "outsiders have attempted to solicit utility-sector employees" for damaging physical and cyber attacks.

"Based on the reliable reporting of previous incidents, we have high confidence in our judgment that insiders and their actions pose a significant threat to the infrastructure and information systems of U.S. facilities," the bulletin detailed. "[I]nsider information on sites, infrastructure, networks, and personnel is valuable to our adversaries and may increase the impact of any attack on the utilities infrastructure."

Since the 9/11 attacks, the U.S. nuclear industry has spent more than $2 billion upgrading security—including more than doubling the number of armed guards at entrances and checkpoints surrounding the plants.

But when the threats are coming from inside the tent, all those armed forces outside the perimeters are for show. 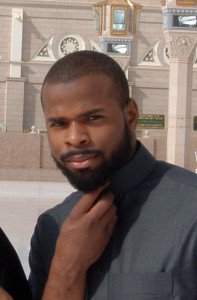 South Jersey jihadist and al-Qaida-linked radical Sharif Mobley held positions at several nuclear power plants in Salem County, New Jersey, before moving to Yemen. He had passed several federal background checks as recently as 2008. In December, Mobley (right) was sentenced to 10 years in prison after shooting a guard during an attempted escape from detention on terrorism charges.

How many radicalized Muslims—homegrown converts, foreign business visa holders and foreign students—are working inside America's sensitive infrastructure? Thanks to our suicidal refusal to profile international visitors and workers from jihadist breeding grounds, nobody knows!

Politically correct politicians and terror-coddling grievance groups condemn monitoring and tracking of Muslim refugees and Muslims enclaves (such as those in Minneapolis and Maine where tens of thousands of Somalis have resettled). They cried "Islamophobia" when homeland security officials wanted to interview Muslim visa holders from terror-sponsoring nations after the 9/11 attacks.

And consider this: There are now more than 100,000 Muslim students accepted into U.S. college and universities every year from the Middle East and North Africa. Nuclear engineering is one of the fields of study for which F-1 foreign student visa holders can obtain work and extended residency through the Optional Training Program. None are screened for jihadist loyalties and sympathies.

How many legal visa holders (let alone illegal visa overstayers) who entered through these pipelines have gained access to sensitive facilities? Nobody knows!

Earlier this year, DHS admitted it doesn't investigate 99 percent of illegal visa overstayers who entered here on business or tourism—500,000-plus in 2015 alone, including thousands from Afghanistan, Iraq, Iran, Libya, Pakistan, Syria and Yemen. The feds still haven't compiled up-to-date visa overstay data for those who came in as foreign students and guest workers (including high-tech foreigners working in science, technology, engineering and mathematics).

Then there are the security breaches involving who knows how many illegal border-crossers, fake document users and deportation violators. Dozens of illegal immigrants using fake Social Security numbers were swept up in immediate post-9/11 raids at nuclear sub bases, power plants and Navy aircraft carriers. But it didn't take long for the feds to hit the snooze button. 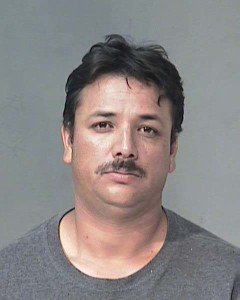 In 2011, Maricopa County Sheriff Joe Arpaio arrested Cruz Loya Alvares (right) who was working at the Palo Verde Nuclear Generating Station despite being a Mexican illegal immigrant who had been deported in 2000. He paid human smugglers to bring him back, secured work in construction, and somehow escaped re-deportation despite being cited by Mesa County Police for driving with a suspended license.

In 2012, another Mexican illegal immigrant, Nestor Martinez-Ochoa, who worked in construction, was arrested after trying to enter the same Palo Verde nuclear power plant with a fake ID—not by federal authorities, but again by Arpaio's office.

These arrests are exceptions, not the rule. Worksite enforcement under President Obama is a joke.

The specter of nuclear jihad is terrifying, but the chilling fact is that homeland security has already been in meltdown for years. We're doing ourselves in.