The Daily Mail has a picture of a young Hispanic man convicted of raping and sodomizing a 3-year old girl. I couldn't tell you off-hand if he was an illegal, a legal immigrant, an anchor baby, or a regular Mexican-American. We're supposed to guess. (The fact that his name is Kevin Jonas Rojano-Nieto suggests that he was born in America.) 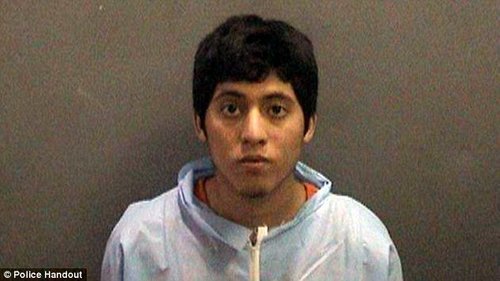 Judge REDUCES prison sentence of man who raped 3-year-old while covering her mouth because 'he didn't intend to harm her' By James Nye Daily Mail Online, April 8 2015

The Daily Mail also has a picture of the Judge, M. Marc Kelly. 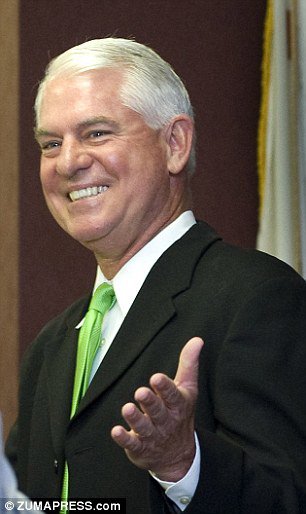 He's the real problem here, as Dukakis was the real problem in the Willie Horton case. The Daily Mail got their story from OC Judge Cuts 15 Years Off Mandatory Sentence of Man Convicted of Sodomizing Toddler, by Anthony Kurzweil, KTLA, April 6, 2015.

They, in turn, are linking to this story, from the Orange County Register, giving details of Kelly's reasoning in reducing the sentence from the mandatory 25 years to 10 years.

Rojano would normally be sentenced to a mandated 25 years to life term in prison, but Orange County Superior Court Judge M. Marc Kelly found that in this case that punishment would be unconstitutional.

Kelly agreed that under most circumstances the sentence would be appropriate.

“However, in looking at the facts of Mr. Rojano's case, the manner in which this offense was committed is not typical of a predatory, violent brutal sodomy of a child case,” Kelly said. “Mr. Roiano did not seek out or stalk (the victim). He was playing video games and she wandered into the garage. He inexplicably became sexually aroused but did not appear to consciously intend to harm (the victim) when he sexually assaulted her.”

The defendant “almost immediately” stopped and “realized the wrongfulness of his act,” Kelly said.

“Although serious and despicable, this does not compare to a situation where a pedophilic child predator preys on an innocent child,” Kelly said. “There was no violence or callous disregard for (the victim's) well-being.”

The judge also noted the defendant “has shown extreme remorse for his actions and has been willing to accept the consequences,” Kelly said. “Mr. Rojano was born into and raised in a dysfunctional familiar environment.”

Pointing to a doctor's report, the judge said that while growing up the defendant suffered “a great deal of family disruption and abuse, making him an insecure, socially withdrawn, timid, and extremely immature young man with limited self-esteem.”

Well, I'm all broken up about Mr. Roiano's low self-esteem. I suppose if his self-esteem had been higher, he would have raped a teenager, or at least a 12-year old.

I'm equally broken up about his dysfunctional Hispanic family. But I don't think that any of that is a reason not to send him to jail for as long as possible.