Mexico hates us. And it’s Americans’ fault for wanting to enforce immigration laws.

At least that’s what John McCain thinks. He says we have a “problem” with Mexico and said during a hearing with Department of Homeland Security (DHS) head John Kelly:

“Right now, there is a lot of anti-American sentiment in Mexico. If the election were tomorrow in Mexico, you’d probably get a left-wing, anti-American president of Mexico. That can’t be good for America.”

Kelly added, “It would not be good for America, or for Mexico”. [Dems winning fight over wall, By Rafael Bernal and Mike Lillis, The Hill, April 9, 2017]

McCain made these comments (video here, Mexico statement at 4:30) after a discussion of the term “wall” and whether it could refer to something other than a physical border. The clear implication is McCain thinks a wall is offensive to Mexico and would provoke the election of a leftist, anti-American president. He didn’t name names, but was probably referring to Andres Manuel Lopez Obrador (AMLO), a favorite to win the presidential election in summer 2018.

Of course, McCain, who practically threw the election to Barack Obama in 2008, lectured Republican audiences they shouldn’t be “scared” of an Obama presidency [McCain to crowd: 'Don't be scared' of Obama presidency, CNN, October 11, 2008]. McCain doesn’t care about a leftist being president of the United States, but he’s terrified a leftist will lead Mexico. 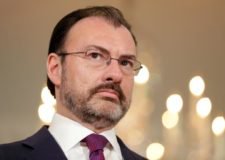 Unsurprisingly, Mexican politicians reacted swiftly to the McCain-Kelly exchange. Mexican Foreign Minister Luis Videgaray, who met with Secretary of State Tillerson in Washington the very same day as the McCain/Kelly exchange, said he’d already spoken with Kelly and "told him in a respectful but clear manner that the electoral decisions ... correspond to Mexicans alone… we expect from the United States…respect toward the Mexican electoral process”. [Mexico urges respect from U.S. for 2018 presidential election, Reuters, April 6, 2017]

Of course, McCain and Kelly didn’t advocate meddling; they actually suggested we subordinate our own immigration policy to Mexicans’ feelings. But even this was too offensive for Mexicans.

AMLO himself responded, claiming he wasn’t anti-American, promising “friendship and cooperation,” but not “submission,” and declaring Mexico is a “free and sovereign nation.”

Sounds great but it should work both ways.

Excelsior reported the next day AMLO told President Trump and Secretary of Homeland Security John F. Kelly “to stop pursuing the migrants… respect human rights and…not attempt to resolve problems with the use of force.” Incredibly, this was coupled with a call not to “stick their noses into [the Mexican election of] 2018. " ‘EU debe aprender a respetar y a no meter las narices’: AMLO [The U.S. should learn to respect and not to meddle: AMLO by Isabel Gonzalez, Excelsior, April 7th, 2017]

Several days later, at a rally in Mexico City, AMLO repeated the warning, demanding “the United States not meddle in affairs that only concern Mexicans,” such as their election.

Well, we know how much Mexico respects our sovereignty, don’t we? 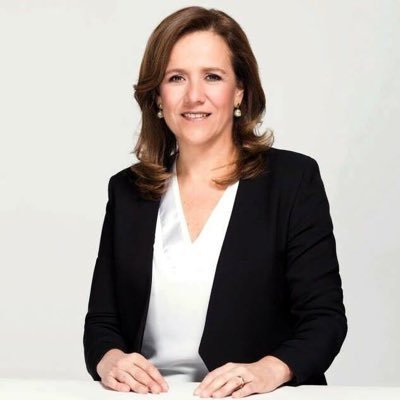 Felipe Calderon and wife Margarita Zavala are from the PAN party, not AMLO’s MORENA party, and that Margarita is currently the front-runner for PAN’s presidential nomination.

AMLO exploited this meeting, declaring in rallies on April 8th and 9th Margarita Zavala met with John McCain to ask the U.S. government’s help in stopping the Left (that is, AMLO) from winning the Mexican election.

But why is AMLO outraged? John McCain’s argument that we should not enforce our immigration laws because “Trump is Going to Cause the Election of a Leftist Mexican President” has been a common argument in the media for the past few months.

Cardenas warned: “As it now stands, the Trump administration risks provoking a Mexican populist backlash that could result in an anti-American government led by a Hugo Chávez wannabe taking power in 2018, an outcome that could adversely affect U.S. prosperity and security for years to come.”

Cardenas called AMLO “…a left-wing populist rabble-rouser in the mold of the late Venezuelan president Hugo Chávez.” How do we avoid this fate?

Cardenas advises: “Reviewing NAFTA, developing an immigration policy that truly serves the national interest, and improving border security in the age of terror are certainly legitimate objectives. And President Trump is right to set them as priorities. But respectful, firm engagement — not confrontation — with our southern neighbors will be the surest way for President Trump to achieve those objectives.”

But what if Trump’s policies, by their very nature, provoke opposition in Mexico? Does Mexico have veto power over our immigration policies?

“By the time the last brick is laid atop President Donald Trump’s Mexican wall, it’s a fair bet that someone more antagonistic toward the U.S. will hold power on its southern side. Especially if that someone is Andres Manuel Lopez Obrador. Which, thanks to Trump, looks increasingly likely.”

“President Donald Trump's fight-picking with Mexico may be indirectly involving him in the presidential ambitions of that country's own anti-establishment presidential candidate.”

"There's a deep concern that the potential rift between the United States and Mexico can only strengthen the candidacy of Andres Manuel López Obrador in the next year and a half," Peter Schechter, director of the Adrienne Arsht Latin America Center of the Atlantic Council, a Washington think tank, said in a recent conference call.

“As the U.S. looks back over one of the most divisive presidential elections in recent memory, Mexico’s own leadership battle is getting underway. As candidates for the top job come forward, the country’s main concern comes to the forefront: who can handle Donald Trump?”

The article also quotes an AMLO speech in which he declared: “We will bring down the Mafia of Power that has destroyed this country… Our politicians have betrayed us, lying and stealing, and allowing the United States to punish the poorest for their mistakes.”

So this Narrative is common. But it seems absurd to claim Trump is pushing Mexican politics to the Left. It already was on the Left.

We’ve been through this before. Back in 2006, AMLO ran his first presidential campaign and American conservatives responded with the same kind of hysteria. 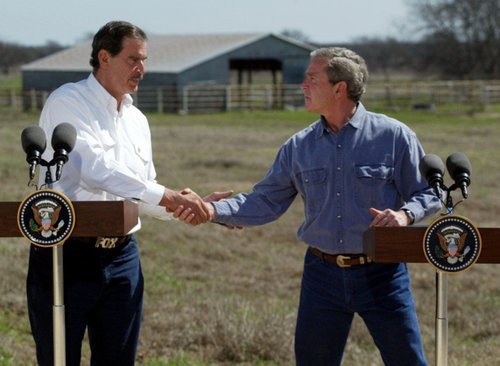 Yet being “pro-American” isn’t a qualification for being president of Mexico. I’d be satisfied with having an American president who is pro-American. And with Trump, I believe we have one.

Who cares who Mexico elects as President? Whoever it is and of whatever party, he (or she) is going to promote the interests of the Mexican government, defend illegal alien Mexicans, and oppose what Trump is doing. We shouldn’t change our policies to please foreigners who probably won’t be pleased anyway.

Trump and the Republican Congress need to build the wall and enforce our immigration laws. And just as Mexicans don’t want us interfering in their election, they’re just going to have to get over us enforcing our own laws and following our own president.