Memo From Middle America | Diversity Is Strength!...But Not For Mexican Beauty Queens (cont.) 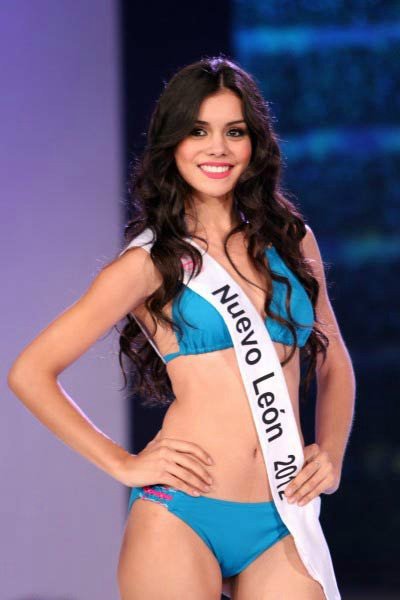 The expression “white privilege” is in vogue, although I haven’t yet discovered how I, as a white American, have any. After all, I’m not eligible for Affirmative Action or similar programs, nor could I sue on the basis of “Disparate Impact”. And, according to Attorney General Eric Holder, I’m not protected by the Obama Administration’s “Hate Crime” legislation. In fact, I’d go so far as to say that, in today’s America, “white privilege” is a delusion.

But not everywhere. Consider Mexico, our neighbor to the south. It definitely has white privilege in its beauty pageants.

According to CIA stats, Mexico’s population is 9% white, 30% indigenous, and 60% mestizo (i.e. both white and Indian ancestors.) This is roughly compatible with the Mexican Genome Project, which calculated that 65% of Mexican genetic material is indigenous (i.e., American Indian) and 35% is non-indigenous, varying greatly by region and social class.

So the majority of Mexicans are mestizos. But technically speaking, the "mestizo" classification includes every Mexican with any white/Indian mixture—whether that's 99% white and 1% Indian or 99% Indian and 1% white. There are mestizos at the white end of the spectrum who can pass as whites and for all practical purposes are white. Conversely, there are mestizos who are, racially speaking, Indians. There are no hard and fast lines between the groups.

Nevertheless, the groups do exist and have a distinct hierarchy. Generally speaking, in Mexican society, the higher you climb, the whiter the Mexicans are—the lower, the darker.

This is very obvious on Mexican television. The actors, actresses and pop stars are mostly white/white-mestizo. In Mexican telenovelas—a genre akin to American soap operas—the principal characters tend to be white and the dark-skinned actors portray servants. In other words, it’s like real life.

An example: the current hit telenovela Por Ella Soy Eva, about a man who is disgraced and declared dead though he’s really alive and who returns disguised as a woman to regain his honor and his girlfriend. Click here for the program’s website—note  how white the actors are.

Mexican beauty pageants are particular bastions of “white privilege.” The winning girls, who go on to represent Mexico internationally, are overwhelmingly Euro-Mexican. Five centuries after the Spanish Conquest, Hernan Cortes and other Spanish conquistadors are considered bad guys in Mexican history, but the daughters of the conquistadores still dominate Mexican beauty pageants.

There’s been some criticism of this phenomenon. Most Mexicans, however, don’t seem to object and many probably haven’t even thought of it. Some even deny that it exists. The European ideal of beauty is so deeply ingrained that they are unaware they even have the preference. This is true not only in Mexico, but throughout Latin America.

Needless to say, all this contradicts PC Mexican dogma that Mexico is a successful racially-mixed society, that Mexicans don’t care about race, that we Americans should get over our hangups and stop being “racist” etc.

I wrote about this in 2007 (Diversity Is Strength...But Not For Mexican Beauty Queens) and got some angry emails. It really seemed to tick some people off that we’d even notice it.

But in the succeeding five years, nothing has changed. Here’s Karla Carrillo, (below) the winner of Nuestra Belleza México 2008. Here’s Karin Ontiveros, who won in 2010. Karina Gonzalez was the winner in 2011.

This year’s recently-crowned Nuestra Belleza México, is Cynthia Duque of the northern city of Monterrey. See her picture here.

British writer Tony Burton, who is a Mexican citizen, once published a map showing where all the Miss Mexicos from 1970 to 2008 came from. He wrote:

Since 1970, the results reveal a clear domination by señoritas from Mexico's northern states….My Mexico City friends all those years ago were right—the most beautiful women in Mexico definitely come from northern Mexico in general, and from Sinaloa [a Mexican state] in particular!

[Did you know? Sinaloa has the most beautiful women in Mexico, MexConnect.com, February 1, 2008

Hmm, is it coincidental that northern Mexico is the more European part of Mexico?

The governing authority for for Mexican beauty pageants is the Nuestra Belleza México organization. Its director is Lupita Jones (yes, that’s Jones), who was Mexico’s first Miss Universe back in 1991.

The Wikipedia article on Nuestra Belleza México contains a useful chart showing that from 1995 to 2012, there have been 48 winners—but they came from only 18 of Mexico’s 31 states and from the Federal District. None were from Chiapas, Guerrero or Oaxaca, the three most indigenous states in Mexico.

Aren’t there pretty Indian girls in Mexico? Of course, there are. But one of the things that keeps them from winning is the pageant’s height requirement. Nuestra Belleza México requires a minimum height of 1.68 meters (without shoes) i.e. 5 feet six inches. And indigenous Mexican women tend to be short. Mexican columnist Sergio Sarmiento has estimated that the height requirement automatically excludes 95% of Mexican women.

Here’s the explanation from the pageant’s frequently-asked-questions page (my translation):

Why is the minimum stature 1.68 meters?

We define the stature, seeking to be in a range that permits us to have a candidate with possibilities of competing on an equal basis with the best in the world.

The stature standards in international pageants are very high. Most of the candidates who manage to qualify for the group of finalists have a stature over  1.73. The difference from a girl with less than 1.68 meters is very noticeable and we want our representatives to always be on a good competitive level.

Well, they may have a point about that—if the goal of Nuestra Belleza México is to be competitive internationally.

But the bottom line: the Mexican system favors beauty pageant winners from the white end of the racial spectrum. Most Mexicans don’t seem to have a problem with it. And that’s fine—but when Mexicans run their beauty pageants like this, how come they get to call Americans racists?

There’s another lesson here, about America’s future. Despite a lot of pro-diversity and pro-Hispanicization propaganda, Mexicanizing the US is not going to make our society more tolerant and inclusive.

Mexicans and other Latin Americans have their own racial issues and hangups. They have failed to solve them in five centuries. Importing them here is just going to cause us more problems than we already have.