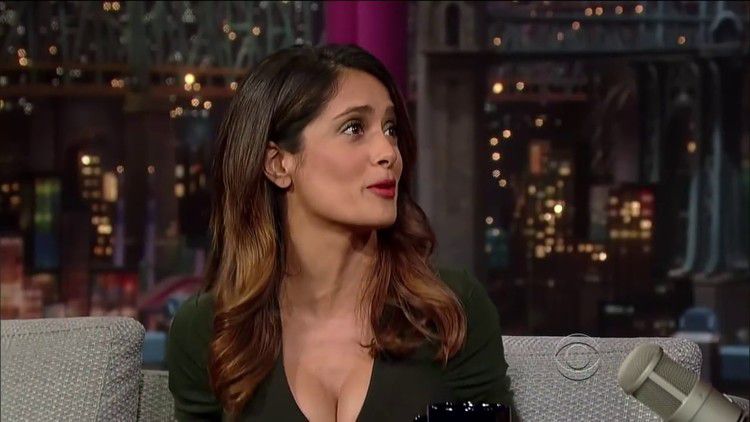 Mexican actress Salma Hayek, [VDARE.COM note: no relation to the Austrian economist?] having triumphed in Hollywood, has now announced she wants to become an American citizen. 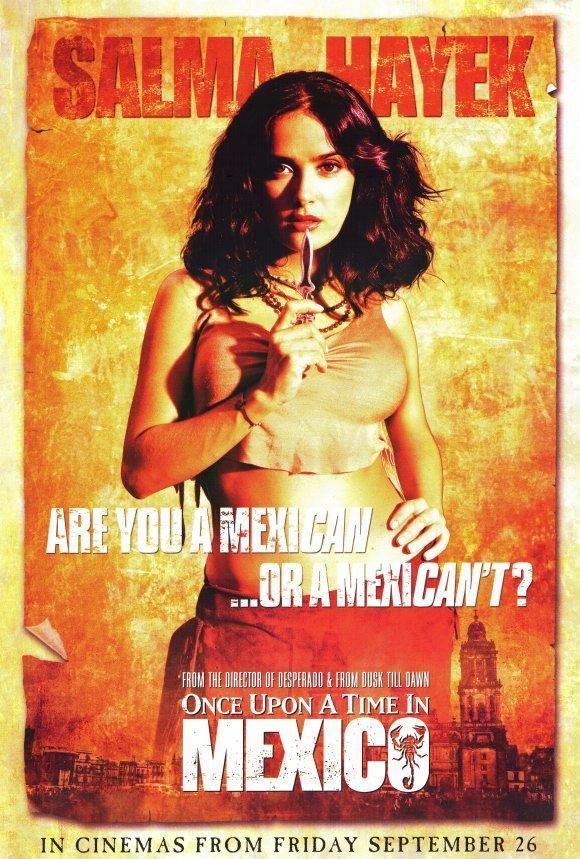 But not because she wants to be an American. Hayek was not pleased by Arnold Schwarzenegger's election as Governor of California. She says she wants to "have a voice that supports the Latino community in the United States." ["tener una voz que apoye a la comunidad latina radicada en Estados Unidos."] To that end, she says she intends to "maintain both citizenships to help the Latinos." ["mantener las dos ciudadanías para ayudar a los latinos"] ("Busca Salma nacionalidad estadounidense", El Siglo de Torreon, October 11th, 2003).

Hayek starred in hit movies and is making a ton of money. She's been nominated for an Oscar for "Frida" (see Steve Sailer's review). She's a bona fide celebrity who attracts attention regardless of what she's doing. Her relationships are studiously reported in the entertainment news. And she is pursued by those determined paparazzi that movie stars unconvincingly pretend to be annoyed by.

Check out the Arab American Institute's "Famous Arab Americans" page, and also the Lebanese-Americans page at this Lebanese site.

Before going Hollywood, Hayek was at the top of her game as a telenovela (soap opera) star in Mexico. In 1991 (the same year, coincidentally that I moved to Mexico) Salma Hayek moved to LA with the ambition of making it in Hollywood. And eventually, she achieved her goal. Congratulations, Salma.

Like many other Hollywood stars, Hayek desires to be thought of as more than an entertainer, but as an Artist with Important Things to Say.

One of Salma Hayek's recurring themes, which pops up in interviews again and again, is how she suffered to become a Hollywood star and how Hollywood doesn't give Mexicans a fair shake:

"I had some tough times trying to establish myself as a film star. Hollywood is not great with women and especially not Mexicans...I had to learn the language, do acting classes and take parts as an extra".

(Well, you made it didn't you? Thanks to hard work, connections and a Revlon contract.)

"People in this town know Mexicans only as maids."

"Being Mexican was considered so uncool. People in Hollywood only know Mexicans as maids."

(Maids again! So what does Salma Hayek have against maids, anyway? Surely rich girl Salma wouldn't be projecting a class prejudice—the upper-class Mexican woman's fear of being mistaken for the darker-skinned domestic help?)

"says she faced difficulty breaking into Hollywood as a Mexican with an accent and without working papers."

"I think that my work," boasts Hayek, "together with that of many other Mexicans, has made them see us differently."

(When Salma Hayek moved to LA, she had a BMW. In my first year in Mexico, I hitched a ride with my Canadian roommate or took a local bus to get around.)

It's not as though Salma Hayek were the first Mexican to get work in Hollywood. Since long before Salma was even born, Mexicans have been getting solid roles.

Ramon Novarro and Dolores del Rio were making Hollywood films in the 1920s.

There was Antonio Oaxaca, a.k.a. as Anthony Quinn (his Irish mother's surname) who, though raised in the U.S., is still claimed by Mexico.

Mexican actors were featured in the movies of John Wayne (who also filmed in Mexico). Pedro Armendariz appeared with Wayne and Henry Fonda in "Fort Apache," while Jorge Rivero was the Duke's co-star in "Rio Lobo."

Even Mexican comic legend Cantinflas   did a favor for Hollywood by co-starring with  David Niven in   "Around the World in 80 Days".

Critics charge that Mexicans have been typecast in the movies, that they are limited in their types of roles, and that Hollywood's portrayal of Mexico and Mexicans is full of stereotypes.

It's true, in general, Hollywood's portrayal of Mexico and Mexicans is stereotyped. But let's be honest—most cinematic characterizations of any national or social group are based on stereotypes, and not only of Mexicans.

How does Hollywood portray other groups nowadays? Evangelical Christians, for example? Farmers, rednecks and rural types? Mennonites? How about political conservatives?

And you should see Mexican movies' stereotypes of gringos. Their accent (when speaking Spanish) is ridiculed (without too much exaggeration!), as is the stereotypical way typical gringo tourists dress and behave (and there's a lot of truth to that stereotype). On a more serious matter, in a telenovela I saw the portrayal of a sadistic gringo border patrol agent who enjoyed watching a video filmed of him killing a Mexican. Negative stereotypes I've encountered in the general population and among Mexican punditry are that gringos are cold, calculating, without "family values," acquisitive, materialistic, and—here's an interesting one—both promiscuous and prudish!

So should I get offended and indignant?  And if I did, who would care? (To be fair, there are positive stereotypes of Americans as well.)

Many critics will never be satisfied. Hayek herself was attacked by activists for casting non-Mexican actors as Mexicans in her "Frida" movie. Don't they understand that movie stars are actors—the whole idea of being an actor is pretending to be someone you are not?

Salma Hayek was recently in Morelia, Mexico (I've been there too) for the I Festival Internacional de Cine de Morelia (the 1st Annual Morelia International Cinema Festival). She was promoting the new movie she directed, "The Maldonado Miracle,"—which is about an illegal alien.

It was at this festival that Hayek announced her ambition to become an American citizen.

Should we feel honored?

What is Hayek's motive for becoming an American citizen?

According to the El Siglo report, she said she "feels sad because .... the Latinos could not win at the polls during the recent election...."

In other words, since Cruz Bustamante didn't win, the Latino population didn't win.

In the oath of allegiance, a new American citizen states that "I absolutely and entirely renounce and abjure all allegiance and fidelity to any foreign prince, potentate, state or sovereignty, to whom or which I have heretofore been a subject or citizen...."

But Hayek openly said in Morelia that she has no intention of renouncing her allegiance to Mexico.

There's nothing unusual about Hayek's attitude. Many Mexicans feel the same way. And apparently, our own government cares not a whit about the growth in dual citizenship.

When Hayek takes her citizenship oath and promises to renounce her allegiance to Mexico, she will be acting—playing a role—pretending to declare loyalty to the United States.