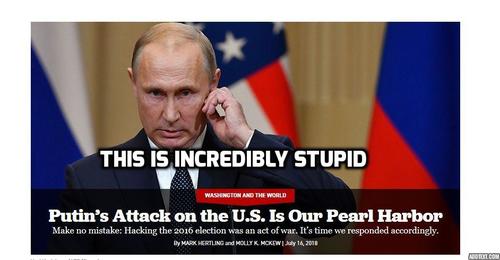 Another week in the U.S.H., the United States of Hysteria. The occasion of this week's shriek-fest was of course President Trump's engagement with Vladimir Putin in Helsinki.

Sample reaction, this one by Lt. General Mark Hertling in Politico:

In 2016, our country was targeted by an attack [whose] aim was every bit as much to devastate the American homeland as Pearl Harbor or 9/11 … But two years on, we still haven't put any boats or men in the proverbial water. We still have not yet acted—just today, President Donald Trump, a beneficiary of this attack, exonerated the man who ordered it: Russian strongman Vladimir Putin. 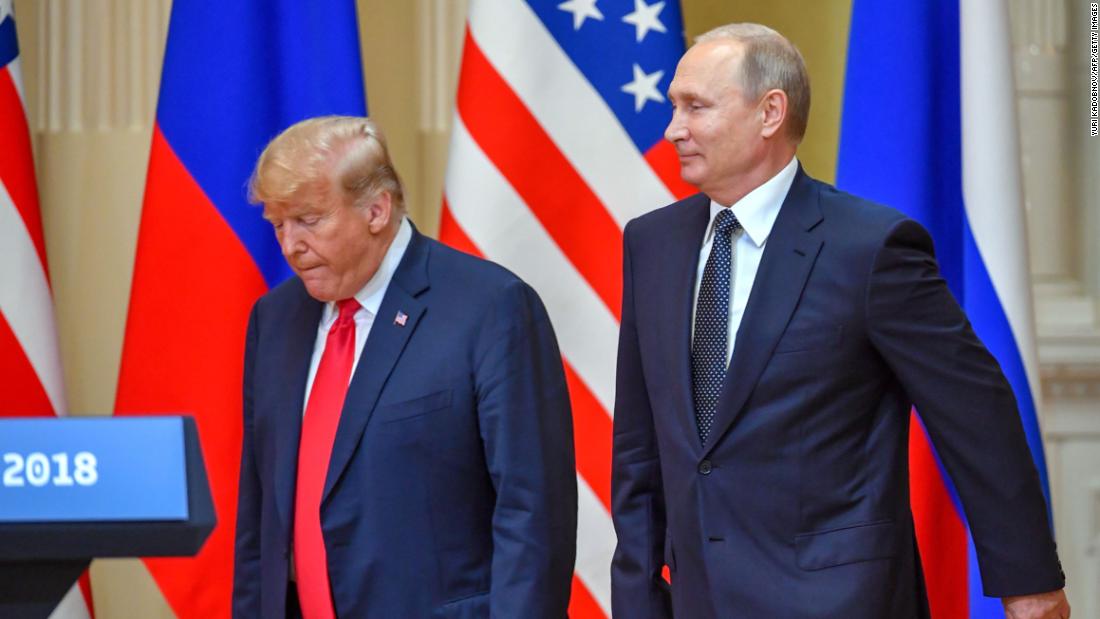 So those Facebook ads posted by Russians in 2016 were just like Pearl Harbor, just like 9/11. It's war, says General Hertling! Get those boats in the water! And Trump is Putin's tool!

Yes, I agree, it's deranged. And yes, I agree: President Trump's notion of what our relations with Russia should be like is more correct, more reasonable, and just more damn sane than General Hertling’s is, or anyone else's in the mob howling for war with Russia.

That said, our President made a poor showing at Helsinki. For a guy with as much TV experience as he has, we should expect a better performance.

Putin is the illegitimate leader of a corrupt and dysfunctional country, an economic nonentity among nations, geographically overstretched, with a rusting military and a population increasingly composed of aging drunks. Trump is the constitutionally elected leader of a country so prosperous, buoyant, and secure, our main national problem is holding back the tide of people trying to break in across our borders to share in our blessed bounty.

Yet presentation-wise, Putin looked like the alpha male at Helsinki, with Trump nodding along deferentially. It wasn't quite as bad as those televised White House meetings on immigration and gun control that I was grumbling about earlier this year. They were presentational disasters; Helsinki was just a presentational failure.

Which pains me. I like this President. I voted for him, and look forward to voting for him again. His instincts on the big issues of our time are, I believe, correct. I hate all the people who hate him. I think a high proportion of those people have taken leave of their senses.

That makes a presentational failure like the one at Helsinki really painful to me. If you can't do this kind of thing well, Mr President, just don't do it. There's no constitutional requirement here.

I just don't think a news conference in a foreign country is the right place to air that distrust. Whatever their faults and failings, our intelligence professionals are Americans, on the payroll of our government, and those faults and failings are for us to discuss in our forums and fix under ourlaws, not for foreigners to whoop and crow about.

Sorry if I've broken anybody's heart here. I know from my email bag that a lot of Radio Derb listeners are Always Trumpers, for whom our President can do no wrong.

That's not me. I like the Confucian principle of remonstrance. In Imperial China a loyal minister who believed the Emperor was mistaken about something would show up at court to present his criticism dragging his coffin behind him. Message: "I expect you'll have me executed for saying so, but you're wrong, boss."

This he obsession with Russia among our liberal elites is getting beyond puzzling and into weird. I lived through the Cold War, when the Russians controlled half of Europe and advertised themselves as the advance guard of an inevitable worldwide revolution. I don't recall this level of anti-Russian passion—certainly not on the political Left, a great many of whom liked the U.S.S.R.

Sure, post-Soviet Russia has done naughty things. They occupied the Crimea and they've intervened energetically in Syria's civil war. Naughty for sure, but under strong geostrategic compulsion: Russia needs those naval bases.

They've murdered people in foreign countries, too. The poisoning in England of Sergei Skripal and his daughter is beyond naughty; it's disgraceful, and deserving of diplomatic retaliation—which indeed it's got: 23 Russian diplomats were expelled from Britain.

It wasn't Pearl Harbor, though; it wasn't 9/11; any more than Russia's minuscule diddling in our 2016 election was. What is this anti-Russian hysteria all about?

One theory I hear a lot is that it is Cold War backlash from the Left. Our Leftists can't forgive the Russians for having ceased being communists. There was the Soviet Union, marching forward into the radiant future under the banners of Marx and Lenin, an inspiration to Leftists everywhere … then suddenly they were pulling down the statues and selling off state enterprises.

To add insult to the Left's injury, the Russians—well, some of them—returned openly to Christianity. And not only did they drop actual Marxism, they showed no enthusiasm for Cultural Marxism, marginalizing homosexuals and feminists and keeping themselves overwhelmingly, shamefully, white. 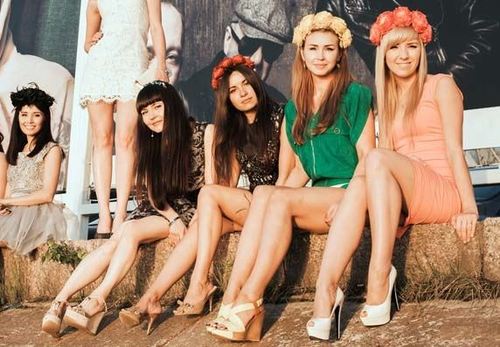 It's not hard to see how vexing all this must be to the ethnomasochist Progressives of the West.

There's probably something in all that, but as an explanation for the level of anti-Russian hysteria we see, it falls way short. 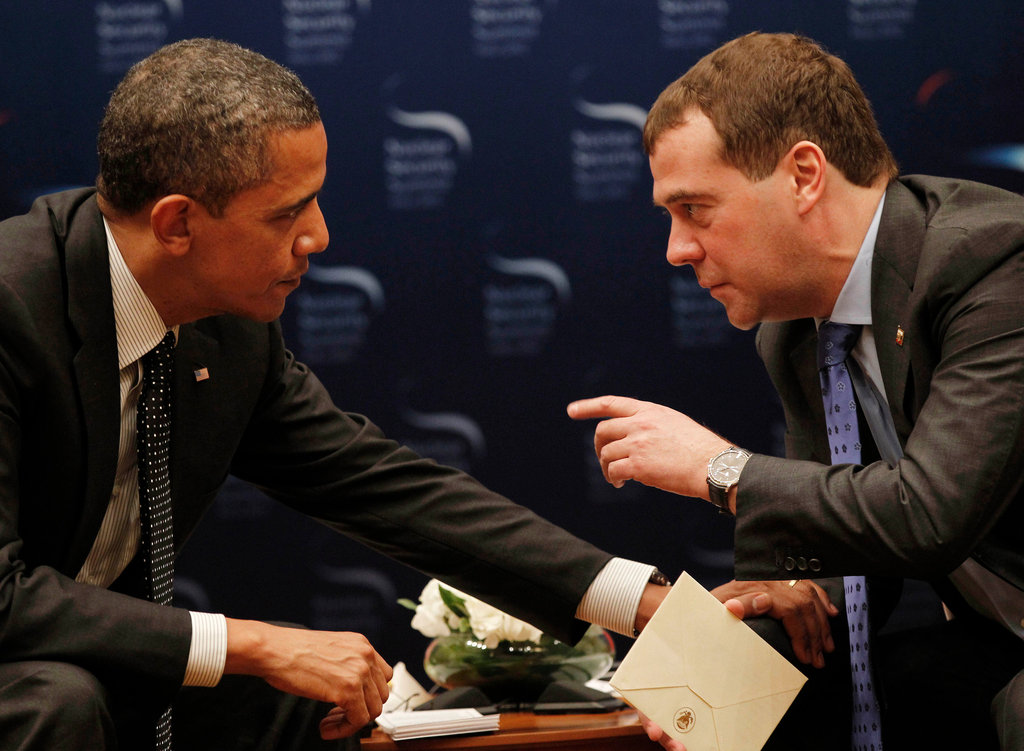 Recall Barack Obama's embarrassing hot mike incident in 2012, when he told then-President of Russia Dmitri Medvedev he'd have "more flexibility" to negotiate after the fall election, to which Medvedev replied: "I understand. I will transmit this information to Vladimir." [Microphone Catches a Candid Obama, By J. David Goodman, NYT, March 26, 2012]

Recall Mrs. Clinton presenting Russia's Foreign Minister with a "reset button" three years before that. [Lost In Translation: A U.S. Gift To Russia, By Mark Landler, NYT, March 6, 2009] Recall George W. Bush, eight years before that, looking into Putin's eye and getting a sense of his soul. 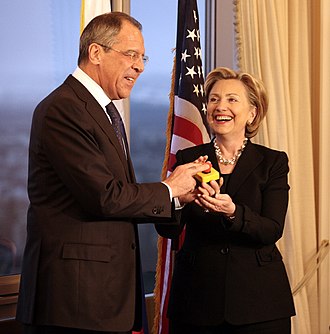 Was there even any grumbling from the Left about those episodes? Maybe, but I don't recall hysteria, certainly nothing like at the current level.

It seems plain to me that the anti-Russia hysteria is really just anti-Trumpism. Like a river in flood, anti-Trumpism is propelled by too much pressure for its regular outlet to contain. It had to burst through and make new outlets.

We were duped! Or the numbers were manipulated! Or the polls were sabotaged! Or something—anything!

Distortion on that scale needs a malign power to explain it. With belief in the supernatural now at a low ebb, that power has to be some foreign country: a country that's big and naughty, but not rich enough to have bought off many lobbyists or congresscritters, not economically significant enough to retaliate against us via trade boycotts, and of

course not Muslim or nonwhite—you don't want to imply there's anything malign about them. That would be racist. [Scream.]

That pretty much leaves you with just Russia—the perfect scapegoat.

A footnote to this: This week of all weeks, it would be wrong to pass any comment related to Russia without noting the centenary on Tuesday of the murder of the Romanovs—Tsar Nicholas II, his wife, their five children and some of their servants. To commemorate the event, many thousands of Russians marched in an overnight procession from the site of the killings to the place thirteen miles away where the bodies were dumped, stripped, and mutilated to prevent recognition.

The murder of the Romanovs was exceptionally gruesome. The executioners were drunk and incompetent; although they were armed and the Romanovs were not, it took them twenty minutes to dispatch the family in a small room. The Tsar's children were four girls aged 22, 21, 19, and 17, and a boy aged twelve.

That's revolutionary socialism in action. Say what you like about Russia, at least she's not that country any more.

Say what you like about Putin, he's not Lenin—the first and worst of the twentieth century's evil political geniuses, from whom all the others learned their methods.