In open, civilized societies there is a tolerance for some level of disorder, as being the price citizens collectively pay for their liberties.

But the key words in what I just said: "some level." Today, in the year 2018, we are fifty years on from 1968, when public tolerance of disorder was tested to breaking point.

The event everyone remembers in this context: the Democratic Party convention in Chicago that August, that was marked by huge protests. (Pat Buchanan was there, and saw them!)

It had been a rough year, though, with riots all over after the assassination of Martin Luther King in April; then Robert Kennedy's assassination in June.

And the upshot of it: the election of Richard Nixon—by what he was to call the Silent Majority. Nixon took 32 states. George Wallace, another law'n'order candidate, took five more.

Americans had had enough of disorder.

Every time the Left stages some raucous protest I find myself wondering how long normal Americans will put up with this. How long before the reaction? How long before seasoned, skillful politicians respond to widespread desire for such a reaction?

And yes, yes, I know: There was something of that desire driving the result of the 2016 election. The winner there was not a seasoned, skillful politician, though. I say no more than that.

I found myself wondering that a lot this week. In just two days, this Monday and Tuesday, there were four instances of intolerant progressive mobs attacking harmless, unarmed individuals trying to express opinions the progressives disagreed with.

I'm casting my net Anglosphere-wide here. Two of these instances were in the U.S.A.; one was in Britain, the other in Canada. The pattern was the same, though. The intolerance, the slogans, the masks were the same. (Well, the rioters wore masks in three of the events.)

Ms. Sommers is a decent sort. She may be best known for her YouTube clip debunking what she calls The Myth of the Gender Wage Gap. That clip has clocked up close to three million views. If you're not one of that three million, the clip is worth six minutes of your time.

That clip is not vituperative, merely factual and logical. The lady points out, for example, that if it were really true that women only make 77 cents for every dollar men make doing the same work, entrepreneurs could arbitrage themselves a nice profit by firing their male employees and hiring women, reducing their wage bill by 23 percent.

Ms. Sommers' opinions are hardly even heterodox. For sure they are not as heterodox as mine; although, full disclosure, I once shared a platform with her at the Independent Women's Forum in Washington, DC. I recall her as intelligent, witty, and altogether charming. Her status as a public intellectual is perfectly respectable; she is a scholar at the neoconnish, genteel-conservative American 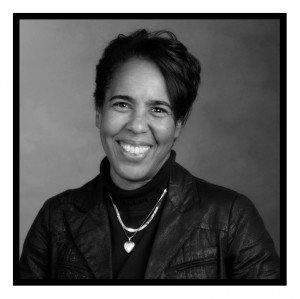 It was therefore astonishing to see clips of the talk she tried to give on Monday, where a gang of students shouted her down as—can you guess? yes: a fascist.

Astonishing and of course depressing. Then doubly depressing was that the college's Diversity Dean Janet Steverson [email her]— that's the woman's title, Diversity Dean—took the side of the anarchists and told Christina to shut down her talk, which of course had barely begun, to proceed straight to Q & A.

Diversity Dean at Lewis & Clark was present.She approached podium in middle of my talk & asked me to wrap up my speech & take questions. I was never able to develop my argument.Shouldn’t the dean have insisted protesters allow me to finish, rather than cut speech short? https://t.co/1d43iDeo7P

Punchline, in case you missed it: this was the Lewis and Clark law school.

For once the authorities showed some spine against the anarchists. Police arrested 25 people, 13 of them on felony charges like assault and battery, carrying a concealed weapon, and resisting and obstructing police. As of Wednesday, 20 people were formally charged. [8 arraigned on felony charges in wake of Richard Spencer protest, By Brian McVicar, Michigan Live, March 7, 2018]

The topic for this event? Freedom of speech.

Prof. Peterson became famous for protesting a Canadian law that makes it criminal discrimination to not use a person's preferred pronoun.

So along came the Antifa and tried to drown out the lecture—unsuccessfully this time, although a window was broken and one protestor, not a student, was arrested and charged with mischief, assaulting police and carrying a concealed weapon. " [Protester who shattered window at Jordan Peterson lecture found to be carrying a garrotte: police, National Post, March 9, 2018 ]

That was the only arrest.

I ask again: How long will the voting public in civilized countries—Dick Nixon's Silent Majority—how long will they put up with this level of disorder?

How long before federal authorities step up to protect the civil rights of Richard Spencer and Christina Hoff Sommers?

How much longer will thoughtful, civilized people with unpopular opinions be shouted down and physically attacked by masked anarchists, while law enforcement too often (the Michigan State campus police perhaps an honorable exception here) sit passively and watch—or, as in Charlottesville last year, actually co-operate with the people wearing masks?