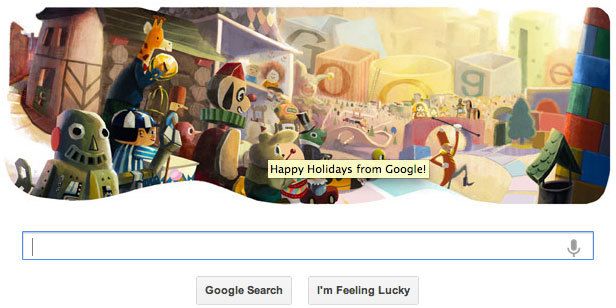 The ongoing Kulturkampf against Christmas has now extended to any direct mention of it at all, even when other "holidays" are ritually specified.

Google’s logo  for today is  a picture of Christmas toys, and the message “Happy Holidays from Google." 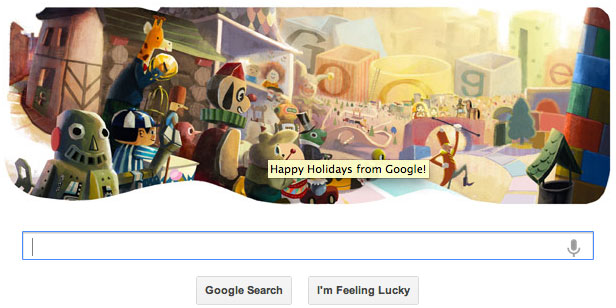 That same logo is used by Google all over the world, frequently with messages that mean “Merry Christmas” rather than Happy Holidays. The problem for Google is that those other countries don’t necessarily have a War On Christmas, so that there isn’t even a phrase for “Happy Holidays” in the sense of “Don’t mention Christmas!”

You can see the same thing in this Craig Nelsen photograph of the Main St Post Office in Queens, NY, ca. Christmas 2000. 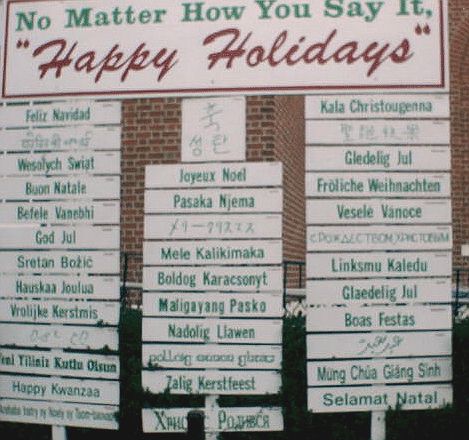 VDARE.com has been here for a good many Christmases past, and continues celebrates the Christmas Present. (What Charles Dickens called the Christmas Yet To Come will depend largely on your generosity.)

Many heartfelt thanks to the people who have already donated, and donors yet to come.

No matter how you say it, Merry Christmas From VDARE.com!

2009: Christians Against Christmas? By  Tom Piatak

2002: Christ, The "Other", And Counterfeit Citizens By John Zmirak

2001: A Christmas Meditation: St. Augustine on the National Question By   Chilton Williamson Jr.

Post
December Brainteaser Solution, And "No Such Thing As A Bad Math Student"
MORE...
POPULAR TAGS