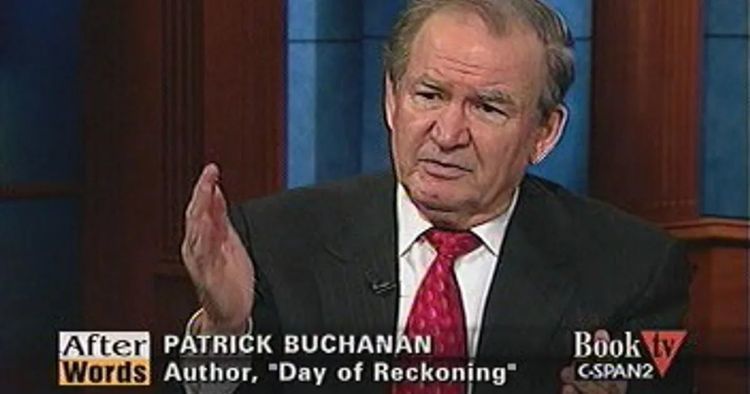 Like him or not, he said, Bush is not an unintelligent man, and he is a principled and energetic executive. As for Dick Cheney, Donald Rumsfeld and the others, almost all had long resumes of accomplishment in politics, government and business. Why, then, do they seem to have failed so dismally?

In my new book, Day of Reckoning

, published this week, I offer an answer. If there is a one root cause to the Bush failures, it has been his fatal embrace of ideology.

Ideology is substitute religion, a belief system based on ideas that are often contradicted by history and common sense. Yet men will adhere to ideologies with a zealotry that borders on fanaticism.

Marxism, fascism and socialism were ideologies, gods that failed. So, too, is democratism, the Gospel of George W. Bush.

Democratism is a belief that all men are equally endowed with a desire for freedom and an aptitude for democracy. All can be uplifted, and all brought to see that democracy is the one true path to peace in our world. In democracy lies our salvation.

This conviction lay behind the invasion of Iraq, Bush's crusade to democratize the Middle East and his "global democratic revolution" to "end tyranny in our world." And, as Woodrow Wilson's crusade "to make the world safe for democracy" gave us Lenin, Stalin and Hitler, Bush's crusade for democracy is leaving us with ashes in our mouths.

Yet, Wilson's heart was pure, and he ever exhibited the serenity of the True Believer, the unmistakable mark of the ideologue. One imagines Bush will be preaching the dogma of free trade long after the last U.S. factory has closed and the dollar has reached parity with the Mexican peso.

Bush's "compassionate conservative" appears grounded in the ideological conviction that all children are endowed with the capacity to learn through the high school level. No Child Left Behind was going to raise the test scores of all our children above the national average, as in Lake Wobegon.

So we invest trillions, empower bureaucrats and enrich the education industry, demanding it produce what it has shown for 40 years it cannot produce. Today's SAT scores are far below where they were in 1964. Like socialists striving to make their system work in Cuba, China and Russia, we have been banging our heads against a brick wall of human nature.

Consider Katrina. Bush was indeed disengaged. But Katrina was a failure of government, not of Bush. The city of New Orleans, the state of Louisiana and FEMA all failed at the simple rescue of 30,000 people stranded by a few feet of stagnant water, while TV anchors boated back and forth bellowing for government to come save them.

Where were the men of New Orleans?

Why did the men of New Orleans, after getting their families out, not come back in boats to rescue the black women and children? Why did so many cops defect and start looting? And why did the National Guard and 82nd Airborne succeed and end the hysteria in hours?

In New Orleans, society collapsed because its basic building block, the family, has collapsed, for all the reasons we know too well.

Yet while civil government is failing, institutions like the 82nd, Microsoft and the New England Patriots succeed — because they operate on other than ideological principles.

You don't vote for the head of Microsoft or choose the coach of the Patriots or commanding officer of the 82nd by elections.

These institutions reject egalitarianism. They put excellence before equality. They do not believe in a "level playing field" for opponents, but, with Vince Lombardi, that "winning isn't everything, winning is the only thing." They demand our best. You fall short, you are gone. They are intolerant of excuses and self-pity.

All who labor there know if they do not perform, the penalties are real: loss of jobs, income, prestige. In the 82nd, incompetence can mean dead comrades or your own death. They are one-for-all and all-for-one people. They are exclusive, not inclusive. They reject racial, ethnic and gender quotas and affirmative action. To the 82nd and the Patriots, there are places women simply do not belong.

Thomas Jefferson believed that in a republic a "natural aristocracy" of virtue and talent should rule. Those who run these institutions believe the same. That is why they succeed, and why government, when we ceased to be a republic and degenerated into an egalitarian democracy, so often fails.