Should we worry about the Michigan Mess—the Supreme Court's incoherent decision allowing the University of Michigan Law School to continue discriminating by race and ethnicity?

Or will interracial marriage and the Latinization of America make this a "disappearing problem," as Beltway conservative pundit George F. Will put it? (Subtext: Republicans can go back to sleep!) [Crude Remedy for A Disappearing Problem, By George F. Will, June 24, 2003]

Answer: Worry. There is nothing "disappearing" about this problem. Otherwise why is Brazil, after 450 years of interracial marriage, now imitating the U.S. and adopting quotas?

Even before the election of Brazil's new left-wing President Lula, the government was devising quota systems. The State University of Rio de Janeiro just admitted its first class under the quota system. Now more quotas are on the way. According to Jon Jeter of the Washington Post:

"In May, Lula appointed the first black Supreme Court judge, and his government has put its full weight behind the Racial Equality Statute, which, if passed by Congress, would require quotas for all levels of government and even in the casting of television programs and commercials." 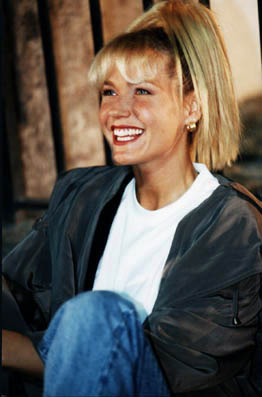 (Television? Brazilian television is as blonde bombshell-obsessed as Hispanic television. Its biggest star is the Scandinavian-descended XuXa,)

Brazil has no official color line. But it has a distinct "color continuum," with the darkest people at the bottom of society and the lightest at the top.

Brazil is notorious for its income inequality. With good reason. Back in 1978, before Rio became a global by-word for violent crime, my father and I naïvely took a peaceful early morning stroll through the "favela" above Ipanema Beach, a mountainside smear of tar-paper and plywood shanties where, amidst staggering natural beauty, the mostly black residents glared down upon the nearby penthouses of Brazil's opulent white elite. When we strolled back to our beachfront hotel, the tour guide was frantic, fearing we'd been seized by the slum dwellers and sold for spare parts.

Yet, it's important to note that this inequality has two main causes—one depressing, one hopeful. That's unlike, say, a prototypical Latin American country such as Guatemala, where all the news is depressing.

The depressing cause for Brazilian inequality is the old story: small numbers of Iberian men arrived, took the land from the Indians, and imported Africans to work their plantations for them in a culture that disdained all the bourgeois virtues.

Over the years, the most talented and ambitious dark young men would climb up the social ladder. But since they would normally use their new social capital marry fairer-colored women, their descendants would be whiter than they were.

This process drained Brazil's darker segments of its potential leaders. In contrast, in the U.S., the one-drop rule of defining race prevented talented mulattos like Frederick Douglass, Booker T. Washington, and W.E.B. Du Bois from moving up in society, thus inclining them to become leaders of the blacks.

The more hopeful source of inequality: Brazil's economy includes pockets of dynamism and technological competence that are unusual in Latin America. For example, Brazil's Embraer recently brought out a 100-seat passenger plane and is now battling Canada's Bombardier for the distinction of being the number three maker of jetliners in the world.

But these pockets are largely in the south—with its large numbers of people of German, Italian, and Japanese origin.

Thus Brazil is unequal not merely socially, but regionally. It ranges from the impoverished Northeast, where the descendents of slaves (not freed until 1888) cut sugar cane, to the prosperous South, where the farms are as tidy and organized as in Bavaria.

Quotas aren't going to do Brazil much good. Brazil is not a rich country and needs to get the maximum return on its investment in higher education by finding the students with the best potential. And federal quotas will just exacerbate the resentment between the north and the south – where there have already been mutterings about secession.

Of course, because Brazil has had a color continuum rather than a color line, cheating will probably mitigate some of the inefficiencies that quotas impose. As the Washington Post's Jeter reported:

But this is the last thing Brazil needs—another incentive toward corruption.

Ultimately, Brazil shows that nobody has a magic answer for how to overcome the problems caused by racial differences in economic productivity. There may be no answer.

The lesson for America: don't make the problems even worse by needlessly importing more differences through immigration policy.