From Benghazi To Camp Bastion, Outsourcing American Security Is Dumb and Deadly

It is not a theory that delegating the protection of our embassy and military personnel to other countries risks lives. It is a reality bathed in American blood.

The latest reports on Benghazi released this week underscore the persistent dangers of outsourcing security.

By all accounts, the security conditions at the State Department's consular facility in Libya were "deplorable," as the House Benghazi committee's final summary report described it. Then-Secretary of State Hillary Clinton had been warned a month before the attack that violence was "on an upward trend" and "unpredictable;" "lawlessness was increasing," and local militia groups that were providing security in many areas were at the same time "undercutting it in others."

One of those local militia groups just happened to be in charge of providing interior armed security at the Benghazi Mission compound: the February 17 Martyrs Brigade militia.

Yes, we entrusted armed Islamic strongmen—linked to the Muslim Brotherhood, supportive of al-Qaida, and financed by the Libyan defense ministry—to guard our diplomats. No, this is not an Onion parody.

Instead of serving as a "quick reaction force" as they were contracted to do, the Muslim militiamen fled. (What's Arabic for "cut and run force"?) Two days before Ambassador Chris Stevens was scheduled to arrive in Benghazi, the "martyrs" informed State's Diplomatic Security Agents that they would no long provide off-compound security during transport or meetings off-site. "The meeting underscored that the militias in Benghazi controlled what little security environment existed there," the House Benghazi final report noted.

The other entity providing internal security support was the British-operated Blue Mountain Guard Force, which employed unarmed personnel at three entrance gates and inside the compound. As documents previously obtained by Judicial Watch revealed, BMG guards had been abandoning their posts for three months before the attacks out of fear for their safety. Officials warned the State Department that they were "undermanned."

Reuters interviewed the Libyan commander in charge of the local guards at the mission, who had applied with BMG after hearing about the company from a neighbor. "I don't have a background in security; I've never held a gun in my life," he told the news service.

As Judicial Watch's Tom Fitton concluded, the internal communications showed that the "U.S. Special Mission at Benghazi was a sitting duck. ... All security indicators were flashing red and, perhaps, with a show of strength to secure the Benghazi mission, U.S. Ambassador J. Christopher Stevens, Sean Smith, Glen Doherty and Tyrone Woods might be alive today." 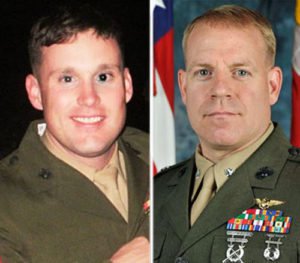 The same is true of two U.S. Marines, Lt. Col. Christopher Raible and Sgt. Bradley Atwell, who lost their lives three days after Benghazi. Remember Camp Bastion? On Sept. 14, 2012, three days after the deadly siege on our consulate in Libya, the Taliban waged an intricately coordinated, brutal attack on the base in Afghanistan. Fifteen Taliban infiltrators decimated eight U.S. aircraft, refueling stations, and a half-dozen hangars, in addition to killing the heroic Marines and wounding a dozen others.

As I've reported over the past four years, the Bastion families discovered to their horror that watchtower security at the besieged and vulnerable facilities had been outsourced to soldiers from Tonga who had been widely known on base to fall asleep on the job. Compounding the insecurity on base, President Obama's politically correct military leaders insisted on disarming Marines out of respect for their Afghan allies.

Two years after Benghazi and Bastion, the Obama administration still had learned nothing. A November 2014 federal inspector general's audit exposed how the State Department's outsourced contractor in Kabul, Aegis Defense Services, failed to properly vet guards hired from Nepal and failed to obtain proper training documentation from explosive detection dog handlers. A separate contractor, Armor Group North America, shelled out $7.5 million to settle claims it had misrepresented the work experience of 38 third-country national guards it contracted to do work at the U.S. embassy in Kabul.

From Benghazi to Bastion and beyond, cutting corners has cost too many of our best and brightest. American forces and American diplomats deserve the best in American-led protection and security abroad. If we can't look after our own people, we have no business sending them to look after the rest of the world's.