The home of the "Happiest Place on Earth" has been breeding killer jihadists and Muslim zealots for years.

Omar Mateen, the cold-blooded mass murderer who gunned down 49 people at an Orlando gay nightclub and wounded 53 more before police took him out late Sunday, may have worked alone. But he operated in the larger 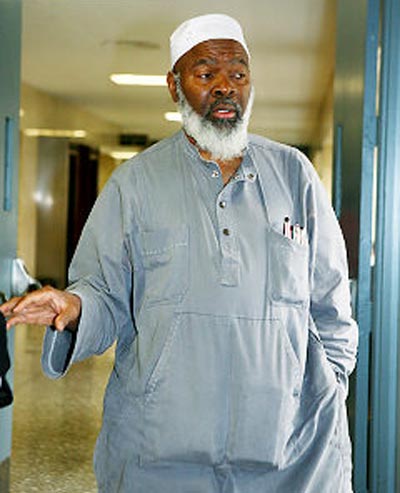 context of a teeming, terror-coddling paradise.

While tourists from around the world soak up sunshine and dreams at Disney World, Islamic extremism festers around them.

Wahhaj served as a character witness for convicted terror mastermind Omar Abdel Rahman (the Blind Sheik), called for replacement of America's "constitutional government with a caliphate" and roots for our nation to "crumble" so Muslims can take over. UCF funded a Muslims "da'wa" (conversion) seminar and with an endowment by the Saudi-supported International Institute of Islamic Thought sought to create an Islamic Studies chair to "help the Ummah regain its intellectual and cultural identity and re-affirm its presence as a dynamic civilization."

The IIIT, also a Muslim Brotherhood affiliate, donated at least $50,000 to a "think tank" run by Sami al-Arian that served as a front group for the Palestinian Islamic Jihad. While al-Arian, a Muslim Brotherhood member dating back to the 1980s, served as a computer science professor at Tampa's University of South Florida, he toured the country raising money for terrorism overseas. Investigative reporters and the feds caught al-Arian on tape inciting his attendees against, America, Israel "and their allies until death." The left-wing academic pleaded guilty to a terror-fundraising conspiracy charge in 2006.

Al-Arian brought Palestinian-born Ramadan Shalah to teach at USF and head his "think tank" for a spell. Shalah left the school in 1995 and resurfaced as head of Syria's Islamic Jihad. He remains one of the FBI's most wanted indicted terrorist fugitives.

Apologist officials at USF, first exposed by counter-jihad researcher Steve Emerson as America's "Jihad U," turned a blind eye to the terror helpers among them.

Mosques: Mateen's homicidal hatred for gays didn't exist in a vacuum. Mateen's neighborhood mosque in nearby Fort Pierce, Florida, was also the house of worship of Moner Abu-Salha, an American jihad recruiter and suicide bomber who blew himself up in Syria last year. The Palm Beach Post reported this week that Abu-Salha had posted videos of an imam's death-to-gays rant on Facebook. 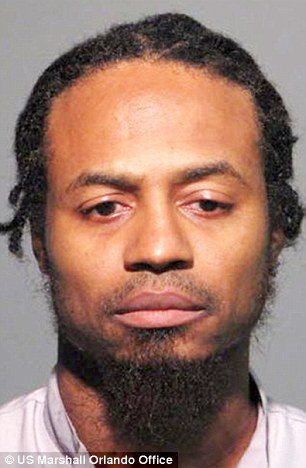 Marcus Dwayne Robertson (a.k.a. Abu Taubah), a former U.S. Marine turned career criminal and bodyguard to the Blind Sheik, headed another mosque, Masjid Al-Ihsaam, in Orlando. He also founded the Orlando-based Fundamental Islamic Knowledge Seminary in 2008 and railed against gays and non-Muslims. Mateen was enrolled in Taubah's course.

Just weeks before the Pulse nightclub massacre, another Orlando mosque, the Husseini Islamic Center, hosted a guest imam who had preached that "gays must die" and that Muslims should not "be embarrassed about this ... let's get rid of them now."

Also in Orlando, the al-Rahman mosque led by Imam Muhammad Musri made headlines in 2010 after holding a fundraiser for the terrorist group Hamas.

Shukrijumah's brother still lives in Broward County near the Darul Uloom mosque and has posted social media videos condemning "moderate" Muslims, blaming 9/11 on Jews and promoting the caliphate. Darul Uloom's imam is a gay-bashing, Christian-bashing, Jew-bashing bigot who has publicly stated that at least one of the 9/11 hijackers prayed at his mosque. 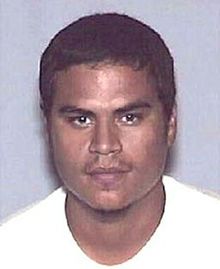 Jails: Florida's prisons and penitentiaries are unfettered cesspools for jihad radicalization and recruitment. Convicted al-Qaida dirty bomb plotter Jose Padilla (a.k.a. Abdullah al Mujahir) was introduced to Islam while serving time for an armed road rage incident in Sunrise, Florida. The above-named Abu Taubah radicalized nearly 40 fellow inmates while behind bars on a weapons conviction. He was freed last summer by U.S. District Judge Gregory Presnell after time served despite prosecutors' pleas to add 10 years to his sentence based on enhanced terror charges.

Gun-grabbers and bleeding hearts, wake up and stop playing Mickey Mouse politics. The problem isn't weapons. It's the weaponized Muslim hate-mongers and jihad enablers operating openly in our midst.