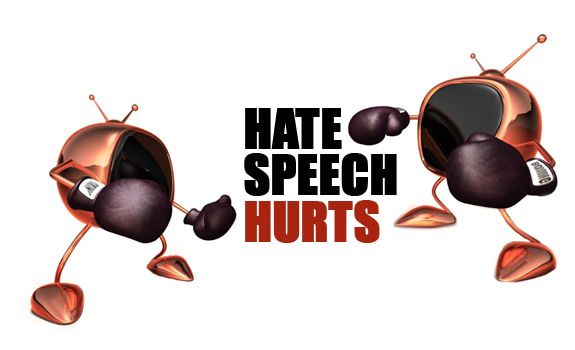 The war on conservative speech has moved from the White House to your neighborhood pews. Left-wing church leaders want the Federal Communications Commission to crack down on "hate speech" over cable TV and right-leaning talk-radio airwaves. President Obama's speech-stifling bureaucrats seem all too happy to oblige.

Over the last week, an outfit called "So We Might See" has conducted a nationwide fast to protest "media violence"—specifically, "anti-immigrant hate speech, which employs flawed arguments to appeal to fears rather than facts." Their ire is currently aimed at Fox News and conservative talk-show giants. But how long before they target ordinary citizens who call in to complain about the government's systemic refusal to enforce federal sanctions against illegal alien employers or the bloody consequences of lax deportation policies?

The "interfaith coalition for media justice" [Email them]is led by the United Church of Christ. Yes, that's the same church of Obama's race-baiting, Jew-bashing ex-pastor Jeremiah Wright. Other members include the Presbyterian News Service, the Evangelical Lutheran Church and the National Council of Churches. These religious liberals have partnered with the National Hispanic Media Coalition, which filed a petition in January demanding that the FCC collect data, seek public comment and "explore options" for combating "hate speech" from staunch critics of illegal immigration.

Open-borders groups have sought to marginalize, criminalize and demonize those of us who have raised our voices for years about lax immigration enforcement—and to impose an Orwellian Fairness Doctrine-style policy on illegal alien amnesty opponents. During the presidential campaign, the National Council of La Raza launched a "We Can Stop the Hate" project to redefine tough policy criticism from the right as "hate." La Raza President Janet Murguia called for TV networks to keep immigration enforcement proponents off the airwaves and argued that hate speech should not be tolerated, "even if such censorship were a violation of First Amendment rights," according to Broadcasting and Cable News.

Now the gag-wielders have a friend in the White House—and they won't let him forget it. Their FCC petition calling for a crackdown on illegal immigration critics cites Obama's own words in a fall 2008 speech to the Congressional Hispanic Caucus. Obama told his amnesty-supporting audience that he knew they were "counting on us to stop the hateful rhetoric filling our airwaves."

Unsurprisingly, far-left billionaire George Soros' money is backing the So We Might See/National Hispanic Media Coalition effort. And remember that the Soros-funded Center for American Progress has provided the Obama White House with its Fairness Doctrine-embracing "diversity czar," Mark Lloyd.

Last week, United Church of Christ officials met privately with FCC Commissioner Michael J. Copps in advance of the So We Might See campaign. Copps then delivered a lecture at the UCC's Riverside Church in New York City, expressing solidarity with the liberal church leaders' goals and egging the congregants to take action on "media reform": "We are taking huge risks with our democracy. We need to change that, and we need to do it now. We need to get a grip on what's happening, and we need to fix it."

Jeffrey Lord, who happens to belong to the United Church of Christ, reported in The American Spectator that not long after that speech, the UCC sent out a mass e-mail to its millions of members urging them to join the nationwide fast and regulatory drive. The church-state alliance missive directed its followers: "As a participant, you will be asked to sign a petition to the Federal Communications Commission asking that it open a notice of inquiry into hate speech in the media."

No word on when they'll be launching an inquiry into the fear-based, fact-free "hate speech" from the mouth of Florida Democratic Rep. Alan Grayson, who accused Republicans of wanting sick patients to "die quickly," likened health care problems to the Holocaust and attacked an adviser to Federal Reserve Chairman Ben Bernanke as a "K Street whore."

Or when they'll be going after MSNBC and Air America radio hate-mongers who have openly wished on their airwaves for the deaths of George W. Bush, Rush Limbaugh, Sarah Palin and Glenn Beck.

But I digress. In the age of Obama, the targets of left-wing hate speech don't have a prayer.