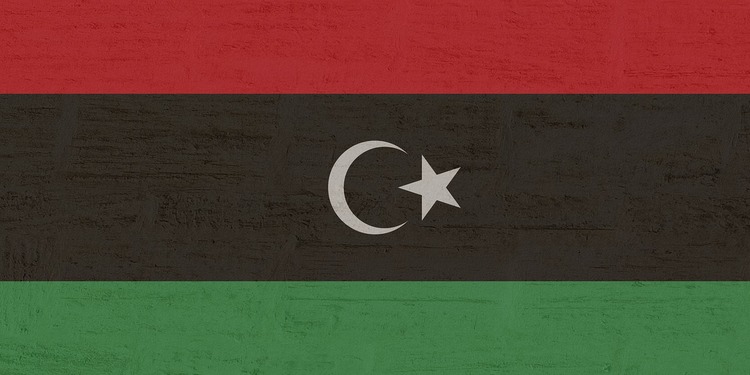 Electing A New People: The Case of Libya's Muammar Kaddafi

In last week's column, Bahrain—Electing A New People…And Shooting The Old One, I pointed out the roles played by immigration in Bahrain's discontent, most notoriously in the rulers' use of immigrant mercenaries to attack native political opponents.

Today in Libya, a major rebellion is surging back and forth across the same Mediterranean coastal desert where Peter Brimelow's father spent years chasing Gen. Rommel's Afrika Korps. Despite the contrast between the bland sophistication of Bahrain's leaders and the egomaniacal sturm und drang of Colonel Muammar Kaddafi, the upshot has been the same—the government's immigrant mercenaries opening fire on native-born protestors.

Granted, there is no end to the list of reasons for Libyans to be angry with Kaddafi. But the role played by immigration in that North African tragedy is surprisingly large.

"There are widespread reports that Muammar Gaddafi has unleashed numerous foreign mercenaries on his people … Ali al-Essawi, the Libyan ambassador to India, who resigned in the wake of the crackdown, … said their presence had prompted some army troops to switch sides to the opposition. 'They are Libyans and they cannot see foreigners killing Libyans so they moved beside the people.'"[Has Gaddafi unleashed a mercenary force on Libya? By David Smith in Johannesburg]

Who were these mercenaries who gunned down scores or even hundreds of Libyans? Cold-eyed professionals with crewcuts and Boer or Ulster accents, like in the movies?

Kaddafi is too addicted to cheap immigrant labor to pay for competence!

In a February 27, 2011 story, African mercenaries in Libya nervously await their fate, Nick Meo reports in the London  Daily Telegraph on his interviews with Kaddafi's black African mercenaries who have been captured by the new provisional government in eastern Libya. In one makeshift prison, he talked with "Mohammed, a boy of about 16 who said he had arrived looking for work in the southern Libyan town only two weeks ago from Chad, where he had earned a living as a shepherd".

"In halting Arabic, Mohammed, the young Chadian, tried to explain how he had ended up on the wrong side in somebody else's revolution. Mohammed drifted into Libya looking for casual work, like many sub-Saharan Africans, perhaps with the hope of eventually finding people smugglers who would take him across the Mediterranean to Europe". [Links added]

Kaddafi has had domestic political reasons, even apart from cheap labor, for electing a new Libyan people.

Unlike Egypt, where the large conscript army appeared reluctant to kill protestors and the generals eventually told Hosni Mubarak to go, Libya doesn't have much of a formal military. Despite Kaddafi's mercurial moods and absurd ambitions, he has been smart enough to cling to power since the 1960s. He knows that a self-respecting national army would be the most likely source of a coup. (A case in point: Libya's last ruler, King Idris, was overthrown in 1969 by 27-year-old Captain Kaddafi.) [VDARE.com note: A persistent Twitter meme has been Why has Colonel Qaddafi never promoted himself? Answer: He promoted himself to Colonel, all those years ago, and has never bothered promoting himself further.]

"Gadhafi has long used fighters from other African countries to prop up his regime. But laborers from across the continent have also come to oil-rich Libya in search of work, or on the way to or from jobs—or the hope of jobs—in Europe. Roland Marchal … said that in a sparsely populated country fractured along tribal lines, Gadhafi would want outsiders both to bolster his forces and to ensure tribal loyalties did not undermine loyalty to him." [Libyan mercenaries: captured Africans deny charges, February 25, 2011. Links added]

Thus, the tale of poor Mohammed, the 16-year-old shepherd from Chad:

"'A man at the bus station in Sabha offered me a job and said I would get a free flight to Tripoli,' said. Instead of Tripoli, he was flown to an airport near the scruffy seaside town of Al-Bayda and had a gun thrust into his hands on the plane. …"

The Libyan dictator's decision to unleash immigrant mercenaries on his own people is merely the culmination of his long-standing strategy by of encouraging immigration from south of the Sahara for his own political purposes.

"Since the 1990s, Gaddafi has actively stimulated immigration from sub-Saharan countries such as Chad and Niger as part of his 'pan-African' policies. These immigrants from extremely poor countries were easier to exploit than Arab workers".

Moreover, Kaddafi has long had imperial ambitions, to which he's subordinated Libya's immigration policy—rather like the way in which America's 1965 immigration law was rationalized on Cold War grounds that it would make America more popular abroad.

Kaddafi is best known in America for his attempts to either succeed Egypt's Gamal Nasser as the leader of a Pan-Arabist movement or to compete with Osama bin-Laden for leadership of Pan-Islamic extremists.

Yet, beginning in the 1990s, Kaddafi seemingly grew disillusioned with his fellow Arabs. Alex Perry notes in Libyan Leader's Delusions of African Grandeur in Time [February 22, 2011]:

"Gaddafi developed an interest in pan-Africanism when pan-Arabism let him down: his fellow Arabs failed to support him in the face of international isolation in the 1980s and 1990s, while some African countries did."

Kaddafi grew increasingly fascinated by the power potential of black Africa's burgeoning population. For example, Nigeria, which is about half Muslim, has seen its population grow in just the last 20 years from 95 million to 155 million.

But Nigerian women, who are now averaging 4.73 babies each, are slackers compared to the women of Niger, on Libya's Saharan southern border. They have a total fertility rate of 7.60 babies each. That impoverished Sahelian country's population doubled from 1989-2009, despite the exodus to the north.

"In the last decade, Gaddafi's vision for Africa crystallized in a proposal for a United States of Africa, complete with a single currency, a united military and one common passport."

And who might be the leader of that United States of Africa? Perry notes:

"In 2008, Libyan strongman Muammar Gaddafi invited 200 kings and traditional rulers from sub-Saharan, mainly non-Arab Africa to witness his crowning of as the continent's 'King of Kings.'"

Of course, one problem (among many) with Kaddafi's Pan-African ambitions is that he's not black. Indeed, he has always preened about like a 1970s Italian movie star. Judging by pictures from his 1969 coup, the wiry young Kaddafi could have been played back then by the youthful Robert De Niro. As for today's Kaddafi, well, Al Pacino could really chomp into that role. (Although I could also imagine Mickey Rourke, with a spray-on tan, in the part.)

But, Kaddafi would tell you that it's racist to notice—just as he warned Libyans in a television address this month not to notice the color of the guys shooting them, helpfully pointing out to them that Libyans are "both light and dark-skinned".

Kaddafi's PR offensive in Africa over the last couple of decades was quite a hit with sub-Saharan Africa's naïve. Trevor Johnson wrote in back in 2000:

"…his Pan-African speeches were taken at face value by the thousands of desperately poor Africans who flocked to work in Libya."

The population of Libya today is about 6.5 million. By one estimate, there are 1.0 to 1.5 million black African immigrants in Libya.

The natives of Libya have not, on the whole been happy about the influx. Margaret Bald observed in 2000 after urban clashes between Libyan natives and West Africans:

"'Libyans resent the money the immigrants make...and perceive these outsiders as beneficiaries of Gaddafi's support for African union,' wrote Cameron Duodu for London's Gemini News Service (Oct. 6). Gaddafi has been touring the continent to promote the formation of a United States of Africa."

Still, why would African immigrants want to stay permanently in horrible Libya, when lovely Europe is just a Mediterranean boat ride away?

And this provided Kaddafi with yet another way to benefit from immigration: by blackmailing the Italians into paying him to take back the African illegal immigrants who had set out from his shores. Libya formerly refused to accept them until after each illegal immigrant's lengthy European Union refugee status hearings had been exhausted—during which, of course, many aliens simply vanished.

In 2008, Kaddafi negotiated a deal with Italian Prime Minister Silvio Berlusconi. Italy would pay $5 billion in "reparations" for having once colonized Libya. (Of course, this $5 billion would mostly be in the form of investments in the Libyan economy, which, I suspect, is largely controlled by Kaddafi's relatives.) In return, Libya would agree to take back promptly each shipload of illegal immigrants the Italian coast guard intercepts.

This bargain between the two cynical politicians seems to have worked fairly well at discouraging Africans from setting sail. But, with Kaddafi's recent troubles, the Italians are now worried about a new influx from North Africa.

And the Libyan citizenry weren't all that crazy about the Africans not leaving for Italy, which only increased their dissatisfaction with Kaddafi.

On an August 31, 2010 visit to Italy, Kaddafi, standing next to Berlusconi, attempted to shake down the rest of Europe. Suddenly sounding like Jean Raspail in The Camp of the Saints, Kaddafi explained that unless Europe pays him $6 billion per year to stop it:

"Europe runs the risk of turning black from illegal immigration, it could turn into Africa. We need support from the European Union to stop this army trying to get across from Libya, which is their entry point. … We don't know if Europe will remain an advanced and cohesive continent or if it will be destroyed by this barbarian invasion." [Gaddafi wants EU cash to stop African migrants,  August 31, 2010]

He also suggested that all Europeans convert to Islam.

I can't say I'm going to miss Kaddafi when he's gone (hopefully soon). But by the standards of Maniacal Tyrants, he's been entertainingly instructive.

And in terms of immigration enthusiasm and electing a new people, he can only be compared to George W. Bush.