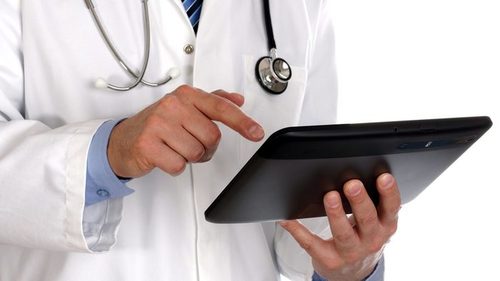 For the past several years, medical professionals have warned that the federal electronic medical records mandate—buried in the trillion-dollar Obama stimulus of 2009—would do more harm than good. Their diagnosis, unfortunately, is on the nose.

The Quack-in-Chief peddled his tech-centric elixir as a cost-saving miracle. "This will cut waste, eliminate red tape, and reduce the need to repeat expensive medical tests," he crowed at the time. In theory, of course, modernizing record-collection is a good idea, which many private health care providers had already adopted before the Healer of All Things took office.

But in the clumsy, power-grabbing hands of Washington bureaucrats, Obama's one-size-fits-all EMR regulations have morphed into what one expert called "healthcare information technology's version of cash-for-clunkers."

I reported in 2012 how my own primary care physician quit her regular practice and converted to "concierge care" because of the meddlesome EMR burden. Untold numbers of docs across the country have done the same.

In 2013, health care analysts at the RAND Corporation admitted that their cost-savings predictions of $81 billion a year were vastly inflated.

In 2014, RAND researchers interviewed doctors who spotlighted "important negative effects" of the EMR mandate on "their professional lives and, in some troubling ways, on patient care. They described poor EHR usability that did not match clinical workflows, time-consuming data entry, interference with face-to-face patient care, and overwhelming numbers of electronic messages and alerts."

And the hits keep coming. 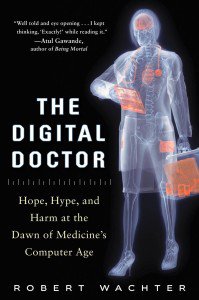 Robert Wachter, author of the recently published "The Digital Doctor: Hope, Hype, and Harm at the Dawn of Medicine's Computer Age," chronicled the damage he's witnessed: "Physicians retiring early. Small practices bankrupted by up-front expenses or locked into ineffective systems by the prohibitive cost of switching. Hours consumed by onerous data entry unrelated to patient care. Workflow disruptions. And above all, massive intrusions on our patient relationships."

The American Medical Association, which foolishly backed Obamacare, is now balking at top-down government intrusion into their profession. Better late than never. The group launched a campaign called "Break the Red Tape" this summer to pressure D.C. to pause the new medical-record rules as an estimated 250,000 physicians face fines totaling $200 million a year for failing to comply with "meaningful use" EMR requirements.

In Massachusetts last month, physicians decried the failure to achieve true "interoperability" between EMR systems despite a $30 billion federal investment through the Obama stimulus. Dr. Dennis Dimitri, president of the Massachusetts Medical Society, noted at a rancor-filled town hall that the mandate has "added significant time to the daily life of most physicians in their practices," WBUR reported. "It has not necessarily lived up to expectations in terms of its ability to provide cues to physicians to make sure that necessary treatments are not being missed. It has certainly not been able to swiftly disseminate information from one clinical setting to another."

That's in no small part due to the cronyism embedded in the federal stimulus "incentives"—a massive chunk of which the White House doled out to behemoth EMR company Epic Systems, headed by Obama crony Judith Faulkner. As I've noted repeatedly in this column the past three years, Epic continues to be plagued by both industry and provider complaints about its creaky, closed-end system and exorbitant fee structure to enable the very kind of interoperability the Obama EMR mandate was supposed to ensure.

Now, even left-wing Mother Jones magazine reports this week that "instead of ushering in a new age of secure and easily accessible medical files, Epic has helped create a fragmented system that leaves doctors unable to trade information across practices or hospitals. That hurts patients who can't be assured that their records—drug allergies, test results, X-rays—will be available to the doctors who need to see them. This is especially important for patients with lengthy and complicated health histories."

The Obama White House has responded by doubling down on its destructive EMR rules that punish both patients and providers. Congress must intervene. Rep. Steve King, R-Iowa, introduced a bill Thursday to repeal the draconian penalties "so that providers can get back to the business they are uniquely trained to do—utilizing their skills and knowledge to heal the sick and support the continued vitality of the healthy."