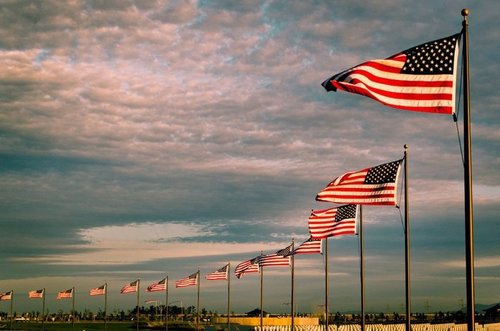 America in Search of a Cause?

"If the Cold War is over, what's the point of being an American?" said Rabbit Angstrom, the protagonist of the John Updike novels.

A haunting remark, since, for 40 years, America was largely united on the proposition that our survival depended upon our victory over communism in the Cold War.

We had a cause then. By and large, we stood together through the crises in the first decades of that Cold War--the Berlin blockade, Stalin's atom bomb and the fall of China to Mao, the Korean War, the Hungarian revolution, the Cuban missile crisis, and on into Vietnam.

We accepted the conscription of our young men. We accepted wars in Asia, and, if need be, in Europe, to check the Soviet Empire.

By 1967, the Gene McCarthy-Robert Kennedy wing of the Democratic Party had broken with the Cold War consensus. "We have gotten over our inordinate fear of communism," said Jimmy Carter.

The Reagan Republicans and George H. W. Bush would pick up the torch and lead the nation to victory in the last decade of that Cold War that had been a defining cause of the American nation.

But when it was over in 1990, America was suddenly at a loss for a new cause to live for, fight for and, if need be, see its sons die for.

Bush 1, after leading a coalition that drove Saddam Hussein out of Kuwait, declared that America's cause would be the building of a "New World Order." But few Americans bought in.

Sixteen months after his victory parade up Constitution Avenue, after Bush had reached 90 percent approval, 62 percent of his country's electorate voted to replace him with Bill Clinton or Ross Perot.

Clinton pursued liberal interventionism in the Balkans, leading to 78 days of bombing Serbia, and he regretted not intervening in Rwanda to halt the genocide.

George W. Bush promised a "humble" foreign policy. But 9/11 put an end to that. After driving the Taliban from power and Osama Bin Laden out of Afghanistan, he declared that America's new goal was preventing an "axis of evil"—Iraq, Iran, North Korea—from acquiring nuclear weapons. Then, Bush marched us up to Baghdad.

The wars in Afghanistan and Iraq lasted years longer and cost far more in blood and treasure than Bush had anticipated.

At the peak of his prestige, like Pope Urban II, Bush declared a global crusade for democracy. This ended like many of the crusades. Democratic elections were won by Hezbollah in Lebanon, Hamas in Gaza and, after the Arab Spring, the Muslim Brotherhood in Egypt.

Barack Obama promised to end the Bush wars and bring the troops home. And he was rewarded with two terms by a country that has shown minimal enthusiasm for more wars in the Middle East.

"Right now, if I was taking the advice of some of the members of Congress who holler all the time, we'd be in, like, seven wars right now," he told a group of veterans and Gold Star mothers of slain U.S. soldiers.

This reluctance to begin wars or intervene in wars—be it in Syria, Iraq, Iran, Ukraine—seems to comport with the wishes of the country. And this new reality raises serious questions.

What is America's cause today? What is our mission in the world? For what end, other than defending our citizens, vital interests and crucial allies, would we be willing to send a great army to fight—as we did in Korea, Vietnam, Kuwait, Iraq and Afghanistan?

Are all the global causes of Bush I, Clinton, Bush II over?

Where is the coherence, the consistency, of U.S. policy in the Middle East that should cause us to draw red lines, and fight if they are crossed?

If our belief in democracy demands the ouster of the dictator Assad in Damascus, how can we ally with the theocratic monarchy in Riyadh, the Sunni king sitting atop a Shiite majority in Bahrain, and the Egyptian general on his throne in Cairo, who took power in a military coup against a democratically elected Muslim government?

Other than supporting Israel, maintaining access to Gulf oil and resisting ISIS and al-Qaida, upon what do Americans agree?

Henry Kissinger seeks a restoration of the crumbling strategic architecture. Neocons and interventionist liberals want to confront Russia and Iran. Reluctant interventionists like Obama, Donald Trump and Bernie Sanders think we should stay out of other wars there.

"When a people is divided within itself about the conduct of its foreign relations, it is unable to agree on the determination of its true interests," wrote Walter Lippmann at the climax of World War II:

"Thus, its course in foreign policy depends, in Hamilton's words, not on reflection and choice but on accident and force."

America is a nation divided, not only upon the means we should use to attain our ends in the world, but upon the ends themselves.