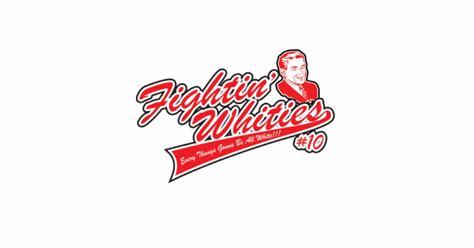 It's a funny thing about the politics of the names of sports teams. If a school or city calls its team the "Rebels" (as the high school in my home town once did, back in the Dark Ages), or has a team mascot in the form of a Confederate colonel (as Ole Miss still does, even in  our current Age of Enlightenment) then the names merely exude "racism" and "bigotry." But if the team's names are labels like "Redskins" or "Braves," then they exude—well— "racism" and "bigotry" also, though for different reasons.

In the first case, the Thought Crime consists of naming teams or mascots after white heroes or events of which whites are proud, because so naming them means that "racist" or "white supremacist" icons are being honored.

In the second case, naming teams after non-whites is the crime, because so naming them means that non-whites are being "stereotyped" and degraded.

How the same act— naming the team after certain icons—can degrade one group and honor another is simply one of the high mysteries of the totalitarian mind that eludes such simple folk as I. 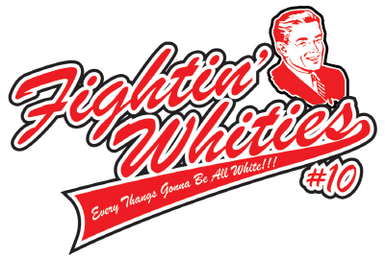 In Colorado, those to whom such mysteries are presumably less opaque have managed to push through what they imagined would be a real kick in the pants for the insensitive white guys who insist on naming their teams after Indians. At the University of Northern Colorado, an intramural basketball team, at the behest of Indian students, is calling itself the "Fightin' Whities." The team has adopted a logo of a pleasant looking white man in a coat and tie and the motto, "Everythang's gonna be all white!"

Like much that is clear to the totalitarian mind, the point of the name change skipped past those whites on campus to whom it was supposed to teach an important lesson in racial humiliation.

The gentleman who concocted the idea of naming the team the " Fightin' Whities" is a character calling himself Solomon Little Owl, director of the school's "Native American Student Services" and a team member. Mr. Owl, as the press refers to him without cracking a smirk, offers an explanation of the name:

"We thought, 'Let's just turn the tables on them,' We disagree with Native American caricatures in sports logos, but when we raise the issue, people say, 'Oh, it's not derogatory, it's meant to honor you.' So we decided to show them how it feels."

Well, how does it feel? As a matter of fact, it feels great, according to most of the whites whom it was meant to insult. "As a white male, I'm not offended, I'm honored that they are doing this," one white guy told the Washington Times recently. "It isn't often that white males get any good news."  Another white oppressor felt much the same way. "My husband and son (and me too) are honored to be finally named as the treasured mascot for something, anything. What a treat!"

And indeed their reactions do not seem to be untypical.

You might say that the whites rather missed the point, and so they did. Instead of experiencing the shame and inferiority that the new name, logo and motto were supposed to induce, the whites liked it and felt pride in it. The people who ought to be learning a couple of lessons from this include not only Mr. Owl and his little band of sourpusses but also white people themselves.

Lesson One is that whites don't feel shame or inferiority— because they (or at least racially and culturally healthy whites) have nothing to feel ashamed or inferior about. Naming a team after you and your ethnic-racial-national group has nothing to do with whether you feel shame or inferiority; what determines that—to put it a bit more bluntly than it is usually put these days—is whether you really have something to be ashamed of or feel inferior about. Whites don't; many non-whites do, which is why they feel that way and why they insist that whites be forced to feel that way too.

And Lesson Two is that while there may not be much of a white consciousness anymore, there is still a very powerful white subconsciousness. It's the same subconsciousness that leads whites to move to the suburbs, put their kids in private schools and vote Republican, even if the whites who do these things say they do them for reasons that have nothing to do with race.

Whites should thank Mr. Owl and his allies for helping to bring that white subconsciousness to the surface of their minds.

When more whites bring theirs to the surface and acknowledge that being white is indeed honorable, then one might indeed say—well, again— everythang really will be all white.