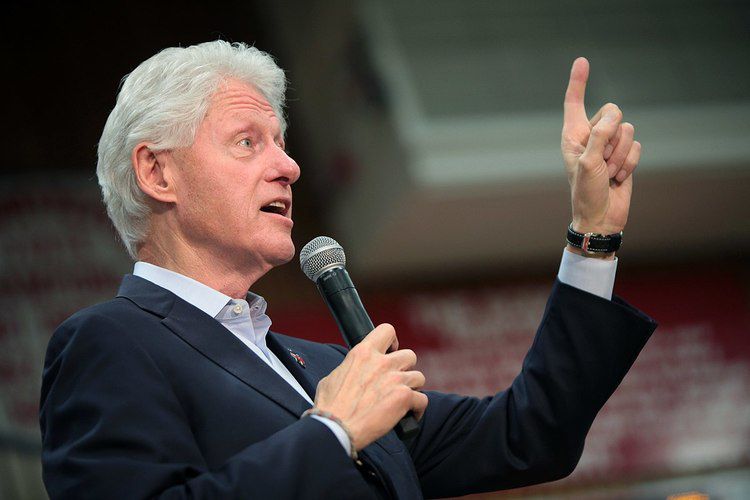 There are many good consequences of Bill Clinton no longer being president, but not the least is that at last we can find out what he really thinks. As long as Mr. Clinton was in the White House, getting the truth out of him was like looking for intelligent life on Mars. But last week, after a year of rest and relaxation, the ex-president revealed to a breathless world exactly why America was attacked by terrorists on Sept. 11.

The reason is that it's all our fault. For hundreds of years we mistreated the Indians, owned slaves and even committed crusading, with the result that the Sept. 11 attacks are the butcher's bill for our long record of crime and terrorism.

Speaking before an audience of about 1,000 students at Georgetown University, the former president unbosomed an astonishing range of ignorance about various historical events and even more flawed thinking about what the events mean and what they have to do with the Sept. 11 attacks.

"Here in the United States," he disclosed, "we were founded as a nation that practiced slavery, and slaves quite frequently were killed even though they were innocent." "This country once looked the other way when a significant number of native Americans were dispossessed and killed to get their land or their mineral rights or because they were thought of as less than fully human.... And we are still paying a price today" for those sins.

Such scholarship already. Mr. Clinton is indeed right that the United States practiced slavery from its beginnings and that some slaves were killed. So did most other societies, European and not, for a lot longer than the United States. We also nabbed Indian land. So did the British, the French, and the Spanish, not to speak of Indians themselves. All that's true, and you can learn about it, not by attending universities, but simply by watching TV reruns and old movies. Why Arab terrorists should attack us for those deeds today is another question, of course.

As for the morality of it, that's another story, but if indeed these events were things we should not only be ashamed of but even punished for, as Mr. Clinton implied, then the entire American national experience is illegitimate. Without slavery and the expropriation of the Indians, there would be no America at all, and if you can't live with the one, you're not going to be comfortable with the other.

But it's not just America and its past with which Mr. Clinton is itchy, but the entire record of Western civilization, reaching as far back as the Crusades. "In the first Crusade, when the Christian soldiers took Jerusalem, they first burned a synagogue with 300 Jews in it and proceeded to kill every woman and child who was a Muslim on the Temple Mount. I can tell you that story is still being told today in the Middle East and we are still paying for it."

Various questions immediately arise. What exactly are "we"—presumably modern Americans—supposed to do about it, since the Crusaders have been dead for about a thousand years? And what could it possibly have to do with contemporary terrorism? Why don't Jews commit terrorism against us if they're still talking about it in the Middle East? Why do Middle Easterners commit terrorism against Americans, who weren't even around during the First Crusade, which took place in 1096?

Ever since Sept. 11 there have been various reasons offered as to why the terrorists attacked us, many of them simply cant constructed to make us look good (they attacked us because we're a "democracy" or because we practice tolerance and let women go to school) or to avoid blaming U.S. support for Israel lest some people think we should stop doing so. But even these phony rationales attributed to the terrorists argue that we were attacked because of our virtues, and some critics of U.S. foreign policy (such as your servant) believe we were attacked because of our foreign policy in the Middle East generally. But as far as I know, no one has suggested that we had it coming all along—until now.

What Mr. Clinton is telling us is that the West itself, as well as the United States, are so wrapped up in terror themselves that they not only deserve to be attacked by terrorism but also that they are simply not legitimate political and cultural orders—that the West and the United States are inherently criminal and terrorist systems. That, of course, is a profoundly anti-American and anti-Western view, as well as being without historical or ethical merit. But what's good about Mr. Clinton's speech is that, after lying to us consistently as president for eight years, he has at last told us what he really thinks.