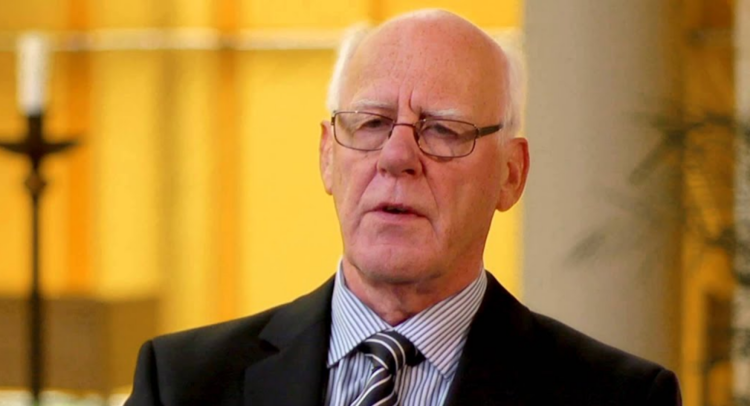 Sweden's anti-hate speech laws have run amok, leading to a very worrying series of convictions—and non-convictions. More categories of people are entering the ranks of the "protected classes"—and recent cases have made it clear that these laws will not be enforced even-handedly.

No prize for guessing who is protected and who is not.

Only one recent atrocity has made the slightest ripple in the United States: the case of Ake Green, above, pastor of a Pentecostal church in the east coast town of Borghol. He was convicted in July of "hate speech" against homosexuals. His views were strongly and publicly expressed—in a sermon. He preached that homosexuality is "abnormal, a horrible cancerous tumor in the body of society," and he supported this view with Bible verses.

Pastor Green was charged with "inciting hatred," and went on trial in June. He received a sentence of one month, though he is still free pending appeal.

"One may have whatever religion one wishes, but [the sermon] is an attack on all fronts against homosexuals. Collecting Bible [verses] on this topic as he does makes this hate speech." [No Free Speech in Preaching, Christianity Today, August 9, 2004]

Sweden's "hate speech" laws were modified in 2002 to include, for the first time, criminal sanctions against anyone who denounces homosexuals. The law explicitly included sermons as speech subject to prosecution. Ministers from denominations in Sweden and abroad wrote in opposition to the new law, but were ignored.

Now that collecting Bible verses can officially be hate speech, can we expect the Bible itself to be banned?

Needless to say, Swedish laws prohibiting "hate speech" against racial minorities have been vigorously enforced. There have, for example, been a number of gang-rapes of Swedish women by Muslim immigrants. But Swedes must be careful what they say about them. On May 25, neo-Nazi Bjorn Bjorkqvist was convicted and sentenced to two months in prison for writing, "I don't think I am alone in feeling sick when reading about how Swedish girls are raped by immigrant hordes." ["Jag tror inte jag är ensam om att må dåligt när jag läser om hur svenska tjejer har våldtagits av invandrarhorder"]

In another recent case, a man living in the Bunkeflo neighborhood of Malmo sent an e-mail message to public officials saying he believed most Arabs were criminals, and that he opposed subsidies for them to move into his neighborhood. "Bunkeflo," he wrote, "was one of the last few refuges in Malmo where you could go out and not see Arabs loitering all around you."

This man managed to avoid prison—but had to pay a fine of 10 percent of his pre-tax income. Given Sweden's high taxation rate, this represented a figure of close to 20 percent of his actual income.

But the most spectacular case so far—and one completely ignored by American media—is that of Swedish feminist Joanna Rytel. [Send her mail.]

Earlier this year, she wrote an article called "I Will Never Give Birth to a White Man," for a major Swedish daily, Aftonbladet. [Jag tänker aldrig föda en vit man, April 11, 2004]

She wrote that other than the women's restroom, she can find peace only in the segregated women's prayer room in the mosque in central Stockholm: "At least Muslim men don't mind that women have their own community in peace and quiet." She added that she might let a white man follow her home, but only because "I can have someone to talk with all night long about my hatred towards white men."

Members of the Swedish National Socialist Front—an admittedly neo-Nazi group—called the article to the attention of the Stockholm authorities. But they refused to indict Miss Rytel. In a letter dated April 19, prosecutor Göran Lambertz explained why:

"The purpose behind the law against incitement of ethnic hatred was to ensure legal protection for minority groups of different compositions and followers of different religions. Cases where people express themselves in a critical or derogatory way about men of ethnic Swedish background were not intended to be included in this law. Because of that, the content in this article cannot be considered incitement of ethnic hatred." [VDARE.COM NOTE: Compare U.S. Civil Rights Commissioner Mary Frances Berry's statement that "Civil rights laws were not passed to protect the rights of white men and do not apply to them."]

So now it's official: Swedes can go to jail if they say rude things about the foreigners whom they have generously allowed into their country. But foreigners and anyone else may say whatever they like about Swedes.

In the U.S., we are not in the same boat as Sweden—yet. We do not yet have laws that penalize expression of certain opinions.

But we are unmistakably headed in that direction. The federal government and several states have passed "bias crime" laws that increase penalties if a crime was motivated, even in part, by racism, hatred of homosexuals, bias against the handicapped, etc.

This is a first step towards laws that ban certain kinds of speech itself, because it means that certain thoughts and utterances—not acts—make some crimes more serious than others.

Minority groups are pushing for laws like those in Sweden (and many other European countries). So far, American legislators have resisted these pressures, but probably only because they fear such laws would be struck down on First Amendment grounds. The general tenor of elite opinion in this country about "hate speech" laws is clear from the almost complete silence about events in Sweden, and about European speech codes in general.

For example, there was tremendous criticism of the French because of their unwillingness to go along with our invasion of Iraq. But did anyone taking cheap shots at the French ever point out that they don't even have free speech?

Even people who were straining for any reason at all to hate the French, didn't consider their draconian laws against the expression of certain points of view even worth mentioning.

There is every reason to think our rulers would be happy if they had the legal means to shut down VDARE.com, and other web sites and publications they find inconvenient.

For now, the Constitution prevents this. But given the creativity of the Supreme Court, and the utter indifference of our elites to "thought crime" laws overseas, even the Constitution may some day fail to protect us.

Jared Taylor (email him) is editor of American Renaissance. He would like to thank an anonymous Swedish collaborator for help in researching this article.