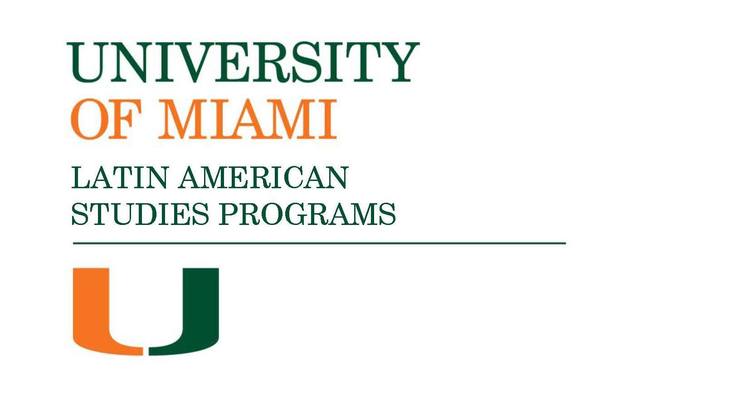 Blacks Vs. Hispanics At the University of Miami

The University of Miami janitors strike spread this week. But, sadly, the indignation it is causing did not.

In my last column Justice for Janitors—or Jobs for Americans, I wrote that UM's custodial staff, actually employed by the privately-held Boston-based services giant UNICCO, had initiated a strike in an effort to improve their average wage of approximately $7.00/hour, and to secure health care and other benefits.

This week the janitors branched out from the main UM Coral Gables campus to picket the university's medical center at Jackson Memorial Hospital and to Miami International Airport where UNICCO also has a contract. [Few Janitors Eager to Join Strike at MIA, By Niala Boodhoo, Miami Herald, March 15, 2006]

And separately, the force behind the strike, the Services Employees International Union, raised $500, 000 through its members and organized a noxious Si Se Puede rally. SEIU hopes to unionize the janitors.

Although more than two weeks have passed since the strike began, the issue of whether the janitors—many illegal aliens from the Caribbean and Latin America—should be deported remains unmentioned save for irate letters from VDARE.COM readers to UM president Donna Shalala. [Send her mail]

Sane observers close to the scene have weighed in.

A UM undergraduate history major wrote me in reference to sympathetic professors who moved their classes off-campus to honor the picket line.

It will be, he says, "inconvenient" and "time-consuming" to attend off-campus classes since he does not "own a car."

The student, who works full-time to pay the $36,000 yearly tuition, says he is "more furious than ever at the morons that caused this problem and at my irresponsible professors who buy into and propagate the elites' B.S."

And an alumnus wrote that in light of the custodians' illegal status, he has:

"…absolutely no sympathy for them.  What I find particularly offensive are the attitudes of the professors and students who are demonstrating their support for the illegals.  Why should a professor move his class off-campus in order for the students not to cross the strikers' picket lines? The professor is imposing his political views upon the students, not to mention inconveniencing them.

I most certainly will take all of this into consideration the next time I am contacted by Miami as an alumni asking for money."

Where, however, is the American worker's indignation? Assuming the likelihood that UM and UNICCO will cave in and a new contract will be signed, the job will then be one that is attractive to thousands of unemployed Americans.

(See a summary of the successful results of a similar strike involving Harvard University's custodial staff and UNICCO here. UNICCO employees working at Harvard now earn about $14.00/hr. with benefits.)

And where, particularly, are unemployed black Americans and their leadership? Apparently, they remain content to sit on the sidelines and watch illegal aliens take over.

That's a pity because so many blacks need, want and deserve jobs.

According to Census 2000, the black unemployment rate is 13.8 percent in Dade County and 10.2 percent in Florida.

And as bad as that is, cast your eyes on this eye-popping figure from the 2004 Bureau of Labor Statistics: 40 percent of working-age African-American men are unemployed.

The question blacks should be asking is, where is liberal Democrat, former Health and Human Services Secretary, Donna Shalala when they need her the most?

What is it going to take to make blacks wake up and smell the coffee? Right now, blacks in America are barely holding on to the significant gains they made during the Lyndon Johnson civil rights era.

All the current political emphasis is on the growing Hispanic presence as Republicans and Democrats duke it out for that voting block.

Last year, Hispanics passed blacks as the nation's largest minority—driven mostly by illegal immigration— without so much a whimper from African-American leadership.

As long as blacks are willing to be run over, they can expect much more of the same insulting treatment.

McCain knows two things. One, if he's nominated, he'll never get the Florida black vote.  And two, if he expects to carry Florida, he'll need all the Hispanic votes he can muster.

Consequently, McCain is forever sucking up to Hispanics while showing little interest in blacks.

Joyce Tarnow of Floridians for a Sustainable Population reported to me from the scene of the crime.

She said that McCain:

"…was excessively pandering and brought shame on himself.  U. S. Rep. Lincoln Diaz-Balart was even worse as he did his passionate diatribe about 'bringing these honest, hard-working people out of the shadows.'"

Black officials consider Meek (who like Diaz-Balart has an appalling immigration record) a rising star. Meek is Chairman of the Congressional Black Caucus Foundation.

But apparently Meek's light bulb is out. Where do you suppose Meek thinks the Hispanics are going to work if they "get out of the shadows?"

Meek, apparently, has not realized that newly arrived Hispanics compete directly with blacks for certain jobs.

Or maybe Meek shares Mexican President Vicente Fox's opinion that Hispanics do jobs that "that not even blacks want to do."

Whatever mental block black leaders like Meek have about illegal immigration, what it boils down are these two choices:

So far, African-American decision makers cling ferociously to option two even though the evidence overwhelmingly points to option one as the sensible and fruitful path.

Blacks and whites are likely to disagree on many political policies. But we can and should see eye to eye on the destructive nature of illegal immigration.