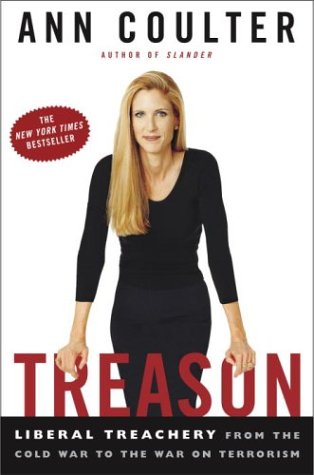 Everyone says President Obama is a feckless commander, weak in statecraft, especially compared to the great leaders of the Western world, such as Reagan and Churchill.

I believe this does Obama a great injustice. It's so easy to react the way a great leader would. Sure, Obama could have left a small contingent of American troops in Iraq, preserved America's victory, and prevented the entire region from collapsing into chaos and terror. He could have refrained from issuing empty "red line" threats to Syria. He could call ISIS "Islamic." But anybody could do that—even ISIS calls itself "Islamic." (Note for scholars: That's what the first "I" stands for.)

These are the obvious answers. Obama could do it, too. But let me hasten to add: Those guys—unlike Obama—never won a Nobel Peace Prize. The genius of Obama is that he takes a much more nuanced view of the world.

Rather than lament that Reagan, Churchill and other great men aren't our leaders in this increasingly dangerous world, we should really be lamenting that Obama wasn't in charge in their day.

Take Paul Revere. He warned the Minutemen: "The British are coming!"

True, that worked out OK. It got the job done. Revere conveyed the essential information, albeit in a bumper-sticker phrase, susceptible to ugly stereotypes. But what if it had been Barack Revere! Prepare to be dazzled.

If Obama had been able to apply his intricate, coruscating mind to the situation, he might have cried out, as he galloped through the streets that fateful night:

Good evening, everybody! I want to say a few words on a number of topics and take a few questions! First, beginning with the No. 1 thing most Americans care about—the British are—well, it would tempting to say they're "coming," but that would be painting with too broad a brush. Is the entire British Empire coming? Is Bombay coming? Bengal? The Turks & Caicos? This is something I just recently heard about on the evening news! The truth is, "We found out that certain forces are marshaling."

We are not at war with the British Empire. We are at war with people who have perverted the British Empire! Our military action has to be part of a broader, comprehensive strategy to protect America's working families and strengthen the middle class! And that starts with the Minutemen building on the progress that they've made so far and forming an inclusive force that will unite their towns and strengthen their security forces! And I've asked Secretary Kerry to continue to build the coalition that's needed to meet this threat. Which, by the way, is COMING!

See? One could say, "The British are coming," but Obama's way is so much better!

How would Prime Minister Obama rally the nation?

I put forward in the past an all-of-the-above war strategy, but our war strategy must be about more than just winning one war. And, by the way, it's certainly got to be about more than just taking one beach. Now, I know there's been a lot of controversy surrounding the proposal to fight on the beaches because any number of natural habitats would be disturbed and permanently endangered if beaches are to be used as a venue for armed conflict. There are, for example, 19 different nesting birds on South Coast beach alone. And the EPA, at my direction, is going through the final stages of evaluating the proposal. That's how it's always been done.

But I do want to be clear: Allowing troops to land on beaches and fields and streams requires a finding that doing so would be in the long-term interests of our nation. And our national interest will be served only if this project does not significantly exacerbate the problem of carbon pollution. The net effects of a beach landing's impact on our climate will be absolutely critical to determining whether this project is allowed to go forward. It's relevant. And we will not surrender.

Again, we have a choice: A reductive, blood-and-soil harangue, or Obama's more nuanced appreciation—of the Nazis, yes—but also the costs to a coastal habitat.

Finally, let's consider Reagan's exhortation at the Berlin Wall: "Mr. Gorbachev, tear down this wall!" Right off the bat you notice there's nothing at all collaborative in Reagan's speech, no "join with us in working together to achieve a compromise we can all live with by studying the possibility of removing this wall."

Mr. Gorbachev, this wall has come to assume a certain kind of symbolic significance which should not obscure the fact that it is a much more complicated problem than putting up a fence. Whether these walls and fences are effective is questionable. Our own experience with fences has hardly been a resounding success. Walls are costly to build and costly to maintain. Our country has decided against building a fence on the Mexican border after government reports showed that it would cost $200 trillion to maintain.

What is the long-term impact of these expensive and ineffective border walls? As one of our American poets, Robert Frost, wrote:

Before I built a wall I'd ask to know

What I was walling in or walling out,

And to whom I was like to give offence.

Something there is that doesn't love a wall,

That wants it down.

Reagan has achieved far too much glory in history for that speech. Sure, Reagan was against the wall. But what was he for?

How much more could have been accomplished if Obama had been there!