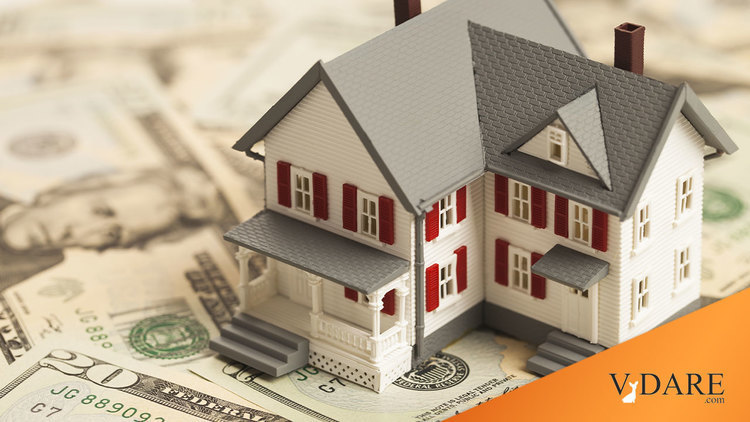 If you thought Hillary Clinton's government takeover plan for health care was bad, wait 'til you see what she has in store for the housing sector.

As always with the Clintons, the market is the problem and Big Nanny is the solution. Unfortunately for taxpayers, Hillary has bipartisan company in the Bush administration on this issue. Their election season prescription? Rewarding bad behavior. Punishing responsible behavior. Doing more harm than good.

In case you've been living in a cave, there's a painful credit crunch underway. The culprit is the subprime mortgage—a species of risky home loans to buyers with dubious credit and income. Cash-rich lenders doled out the subprimes hoping rising home prices would compensate for any failed bets. But when housing prices started plummeting and interest rates began rising, many borrowers started defaulting. Insolvency looms for countless lenders.

Instead of letting lenders and subprime mortgage-holders suffer the consequences of their actions, politicians and grievance-mongers are riding to the supposed rescue. In a supreme irony, the very same champions of the needy in the Democrat Party who complain constantly about the lack of "affordable housing" are now fighting tooth and nail to keep housing prices high.

To "cure" the housing crisis, Hillary wants a 90-day moratorium on foreclosures for homeowners who default on subprimes. In addition, she wants a five-year freeze on the monthly rate for subprime adjustable mortgages. While she demonizes lenders as predatory out of one side of her mouth, the other side of her mouth is floating legislation to protect lenders from lawsuits and let them convert certain mortgages into "stable, affordable loans." On top of all that federal meddling, she proposes a $5 billion—yes, that's "billion" with a "b"—fund to "help communities suffering from high rates of foreclosures."

Jesse Jackson is also stirring the pot. With subprime victim sob stories flooding the news and anecdotes of minority homeowners in trouble, there's no way the shakedown king could stay away.

But the subprime mess isn't a result of ruthless racial discrimination. If anything, it's the result of too little discrimination by lenders too willing and eager to sign on people who had no business taking on mortgages. (And you know Jesse Jackson would be screaming either way. The lenders are damned if they lend and damned if they don't.)

Let's boil this down to fundamentals: Why should the rest of us have to shoulder the burden because some buyers made poor choices, overextended themselves and bought more house than they could afford? Why should other business owners bear the costs of lenders' failed bets? And why are falling home prices such a catastrophe to be "fixed" in the first place?

"It is great news when the price of energy, food, transportation, health care and consumer electronics drops. But for some reason it is bad news when the price of shelter drops. . . . Shouldn't we be seeing stories filled with anecdotes about formerly priced-out middle-income families finally getting their chance at the American Dream?" [SacBee Blog, registration required]

There's another side of the housing crunch equation that's not making it onto the newspaper front pages and presidential campaign websites:

"For every house sold because the buyer couldn't make the payments," Weintraub notes, "there is a buyer on the other end of that transaction who got a good deal. And for every foreclosure, there are probably 10 buyers of nearby homes who benefited from the general easing of house-price pressure." Bingo.

Fiscal conservatives ought to be balking at Hillarycare for housing. But President Bush's treasury secretary, Hank Paulson, is singing a similar tune. He proposed a new safety net to stem the tide of home foreclosures through a bailout plan for homeowners with bad credit scores. They'd be eligible for relief from paying hundreds of dollars in additional monthly payments when their mortgage rates reset. Those who have been responsible enough to maintain good credit, however, will be out of luck. [Paulson: Taxpayers Should Bail Out Subprime, By Seth Jayson, Motley Fool, December 4, 2007]

In addition, Federal Reserve Chairman Ben Bernanke has proposed that government-sponsored mortgage enterprises Fannie Mae and Freddie Mac be allowed to raise their loan limits and have their debt explicitly guaranteed by the public dole.

Lawmakers on both sides of the aisle are colluding to protect the reckless and keep home prices high on the backs of prudent taxpayers.

Who'll bail us out from this perversion of the American Dream?