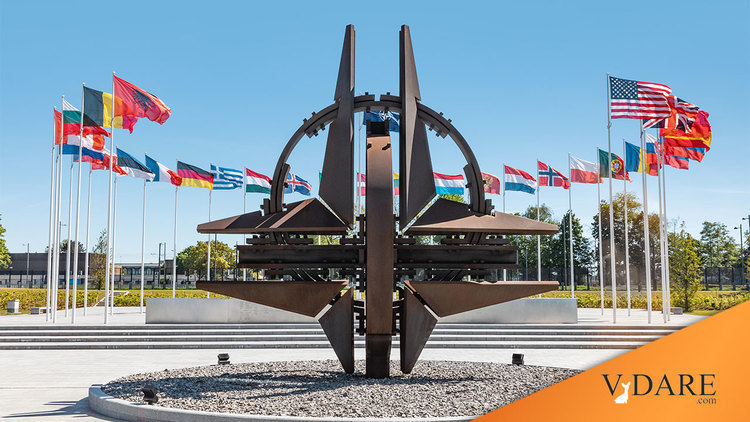 Are We Allied to a Corpse?

Of our Libyan intervention, one thing may be safely said, and another safely predicted.

When he launched his strikes on the Libyan army and regime, Barack Obama did not think it through. And this nation is now likely to be drawn even deeper into that war.

For Moammar Gadhafi's forces not only survived the U.S. air and missile strikes, after which we turned the air war over to NATO, his forces have since shown themselves superior to the rebels. Without NATO, the rebels would have been routed a month ago.

And, today, NATO itself stands a chance of being humiliated.

"NATO's Bomb Supply Is Running Short," ran Saturday's headline in The Washington Post over a story that began thus:

"Less than a month into the Libyan conflict, NATO is running short of precision bombs, highlighting the limitations of Britain, France and other European countries in maintaining even a relatively small military action over an extended period of time. …

"The shortage of European munitions, along with the limited number of aircraft available, has raised doubts … about whether the United States can continue to avoid returning to the air campaign if Libyan leader Moammar Gadhafi hangs on to power."

Only six NATO nations have planes running strikes on the Libyan army, and the French and British, who are doing most of the bombing, are running out of laser-guided munitions. And their planes are not equipped to handle U.S. smart bombs.

NATO air attacks are thus becoming less precise and lethal, as Gadhafi is pounding Misrata, the last rebel-held city in the west, and his army is again contesting Ajdabiya, the gateway to Benghazi.

In short, the war is not going well. Where does this leave us?

If the United States does not get back on the field, the Libyan army will likely crush resistance in Misrata and push the rebels back to Benghazi and Tobruk.

As the rebels lack the soldiering experience or organization to conduct an offensive, and their NATO air arm is weakening, the best they can probably hope for in the near term is to hold on to what they have in the east. Which means a stalemate—a no-win war.

Can Obama accept such an outcome to a war he started, at the outset of which he declared Gadhafi must go? Can he go into 2012 with Republicans mocking him for picking a fight with Gadhafi, then losing it for the United States? Can Obama leave Gadhafi in Tripoli knowing he is plotting terror attacks against America in reprisal?

If Gadhafi survives, does Obama survive?

Can he tell the beleaguered British and French we are not going to double down on our folly of having started this war?

In an op-ed last week in The New York Times, Obama, along with Nicolas Sarkozy and David Cameron, wrote:

"Our duty and our mandate is … not to remove Gadhafi by force. But it is impossible to imagine a future for Libya with Gadhafi in power. … It is unthinkable that someone who tried to massacre his own people can play a part in their future government."

But if it is "unthinkable" and "impossible" for Gadhafi to remain in power, who is going to remove him?  Absent celestial intervention, it is Uncle Sam, or no one.

If regime change is now the unstated NATO mission, who but the United States can ensure the mission is accomplished?

The Post story about Britain and France, the leading military powers of NATO Europe, depleting their smart-bomb supply in a one-month clash with an African nation of 6 million, and begging the Yanks to come back and win the war for them, raises a major question.

Is the most successful alliance in history, which kept the Red Army of Stalin, Khrushchev and Brezhnev from smashing through the Fulda Gap and reaching the Channel, a hollow shell?

Is NATO, without America, a paper tiger?

On the eve of World War I, the German foreign minister, after visiting the aged Emperor Franz Josef in Austria, reported back to the Kaiser, "Sire, we are allied to a corpse."

In the 1990s, we had to pull the British and French chestnuts out of the Bosnian fire. When Serbs fought for their cradle province of Kosovo, America had to break Belgrade with 78 days of bombing.  NATO Europe couldn't handle a fight in its own backyard.

Though we are still in Iraq, NATO is gone. There are NATO units in Afghanistan, but some have pulled out and others won't fight.

What benefit does America receive from membership in NATO to justify the cost of maintaining tens of thousands of troops, air and naval bases, ships and planes defending a rich and populous continent that chronically refuses to provide the arms and men to defend itself?

Why are Americans still defending Europe 66 years after World War II ended and a generation after the Soviet Union disappeared?  Isn't it time we kicked them out of the nest?