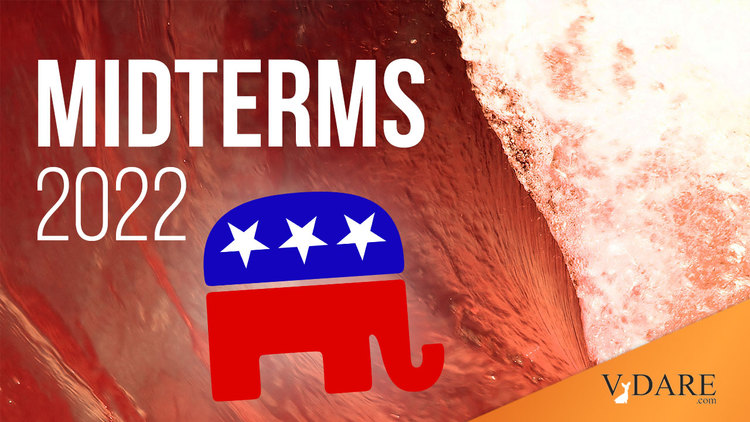 ANN COULTER: Why A Red Wave Is Suddenly Possible

After months of warning you about the GOP’s chronic overconfidence problem, now I’m feeling overconfident! Inasmuch as I will be giving a speech at my alma mater, Cornell University, the day after the election, I’m about to do something very stupid: make an election prediction.

My reasoning is, here we are, three weeks from the election, and this week, two major polls, Harvard Harris and Times Sienna, suddenly show Republicans gaining ground. This triggered a primordial memory from the 1980 election, the first presidential race I paid attention to.

That’s when I discovered the iron rule of election polls: They will never, ever be wrong in favor of Republicans. Another is that polls will generally show the Democrat winning until the election gets close—and the media finally start telling the truth.

Thus, for example, after being hectored for most of 1980 that Ronald Reagan was headed for another Goldwater-style fiasco, here’s the sort of thing a teenager would have read in the New York Times weeks before he won a landslide victory against President Jimmy Carter, taking 489 electoral college votes to Carter’s 49.

In mid-September, the Times’ Anthony Lewis painted a vivid picture of Reagan’s coming annihilation, citing a bunch of state polls:

A month later, the Times produced yet more polls of gloom:

And then Reagan won more electoral college votes than any nonincumbent in history. You’d think the polls would have picked up on the fact that history was about to be made. Nope!

This is not just an enjoyable stroll down memory lane, though it is that. It is to remind Republican-leaning voters, even in seemingly blue strongholds like New York, Oregon and Washington, to please vote. Because, win or lose, one thing polls will never do is overestimate a Republican’s chances.

For some mysterious reason, election polls were pretty accurate in the 2004, 2008 and 2012 elections. Perhaps pollsters had gotten better. Maybe they noticed that people sometimes do look back at their forecasts. Or it could be that Republicans were running such losers those years that it would be nearly impossible for anyone to underestimate their performance.

But, boy, did the pollsters make up for any inadvertent honesty when Donald Trump ran in 2016!

The Times had the best pollsters in the business and sophisticated computer modeling. Based on their high-tech number-crunching, on October 18, the paper reported: ”Hillary has a 91% chance to win.” On Election Day, the forecasters were a little less exuberant, announcing that Hillary had a mere 85% chance of winning. A Trump victory, the Times said, was as likely as ”an NFL kicker miss[ing] a 37-yard field goal.”

We know how that turned out.

On Election Day 2020, Times’s forecasters exulted that Joe Biden was ahead ”by more than 8 points nationwide—the largest lead a candidate has held in the final polls since Bill Clinton in 1996.”

Maybe it’s not a wild and reckless prediction, but the news this week suggests that the media are slowly edging up to the truth, and that Republicans could be on track to well outperform the polls.

This would be a good year for it. The Senate map, combined with five GOPs retiring, make 2022 a tough year for Republicans, who are defending  seats in Ohio, Pennsylvania, Wisconsin, Florida and North Carolina, and trying to flip at least one state out of Nevada, Arizona and Georgia for a bare majority.

But Republicans winning requires that voters not be discouraged by the polls and remember to vote, even when the media tell you it’s hopeless, like in New York, Arizona and Pennsylvania.

Mostly, I just want to wake up the morning after the election and find out Dr. Mehmet Oz has won in Pennsylvania and defeated that slovenly, goatee-sporting Michael Moore–wannabe, John Fetterman, who is passionate about only two things: not bathing and releasing vicious murderers. And that Lee Zeldin has beaten the demented, ”release all the criminals!” New York governor, Kathy Hochul, with the crazy ”Whatever Ever Happened to Baby Jane?” makeup.

Then, the world will make sense again.