Ann Coulter On "Single Moms": Throwing The Baby Out With The Bongwater 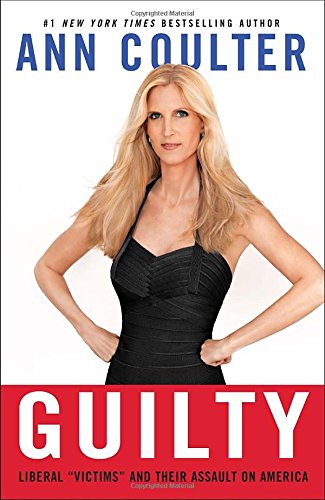 The New York Times posted a glowing article about a group home in New Hampshire, Hope on Haven Hill, founded with the express mission of keeping babies united with mothers who:

"... had used opioids, mostly heroin and fentanyl. Many had been incarcerated. Few had families they could turn to for help, and the fathers of their babies were out of the picture.”

Why would anyone do this? And why is the U.S. government giving these lunatics a half-million dollar grant to help them do it?

As the Times explains, "Haven Hill's philosophy" is that babies should stay with their drug addict, single mothers, "alleviating the widespread fear among pregnant drug users that if they seek help, their children will be taken away.”

Even accepting that, in modern America, single mothers and drug addicts are People Who May Not Be Criticized, this is insane. It ought to be insane even to readers of the Times, who might have noticed, next to the perky article on Haven Hill, the headline for a related article in the Times: "Opioids May Interfere With Parenting Instincts, Study Finds.”

As the article explains, scientists found that the part of the brain that registers cute baby faces "as irresistible, kicking in our instinct to care for them" didn't light up in people dependent on opioids, as it does in normal brains.

But forget that the mothers are heroin addicts—as Haven Hill does. Just consider the lottery tickets these kids have won by being born to single mothers. As recounted in gory detail in Guilty: Liberal 'Victims' and Their Assault on America, study after study has shown that children brought up by single mothers are doomed.

Regardless of socioeconomic status, race or residence, they are many, many multiple times more likely than children raised in two-parent families to: commit suicide, get pregnant, abuse drugs, run away, drop out of high school and go to prison. In fact, the single strongest predictor of whether a person will end up in prison is being raised by a single mother.

We can't do much about single mothers who aren't drug addicts (except maybe ease up on the endless paeans to them), but here's a golden opportunity to rescue children from lives of misery and place them with loving adoptive families. In this case, on top of the daunting odds facing any child raised by a single mother: Mommy's a heroin addict.

So far, the short life of one baby at Haven Hill has entailed the following:

"Emma Lee, a tiny infant born with neonatal abstinence syndrome ... had spent all 32 days of her life in a neonatal intensive care unit because her mother, Amanda, 31, who was homeless for the first six months of her pregnancy, had used heroin for most of that time and then went on methadone.”

"'Her withdrawals were pretty severe,' said Amanda, who did not want her last name used, as she cradled Emma Lee in their sunny bedroom at Hope on Haven Hill. While in the hospital, the baby had difficulty eating. Her hands and legs shook with tremors.”

Could any of the compassion being lavished on drug addicts be extended to their helpless children?

The politician's constant refrain is that drug addiction "is not a moral failing, this is a disease"—as Gov. Chris Christie puts it. Let's say it is.

First of all, I would argue that it was at least partially Amanda's fault, and not the disease's fault, that she decided to take heroin in the first place. Unless she's Cary Grant in "North by Northwest," and the drugs were forcibly rammed down her throat, she chose to gamble with heroin.

Nancy Reagan's much-maligned "Just Say No" campaign is a lot more compassionate than the parades and sky-writing campaigns announcing: DRUG ADDICTS ARE NOT RESPONSIBLE!

Most compassionate of all is Trump's policy to build a wall and deport Mexican drug dealers, so that Americans with this "disease" won't be able to catch it in the first place.

Second, so what? Let's say drug addiction is a disease. Lots of behavior has genetic roots. Studies show that wife-beating has an underlying genetic component. Why don't politicians weep about the "illness" of spousal abuse? How about a bucolic New Hampshire home to unite wife-beaters with their spouses, alleviating the widespread fear among violent men that their wives will leave them?

At least they can leave. Only defenseless little babies are being forced to stay with manifestly unfit mothers—in order to burnish the drug addict's self-esteem. Ruining a child's life is part of the addict's recovery plan.

Suppose Amanda were an unfit mother for reasons entirely out of her control—she was a ray of sunshine, a straight-A student, with a bright future, who was raped and left in a coma by illegal aliens. Would do-gooders and government agencies adopt the "philosophy" that Emma Lee had to be raised by her comatose mother?