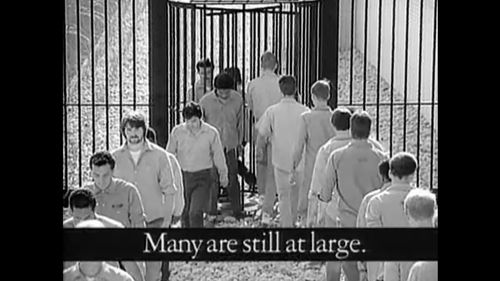 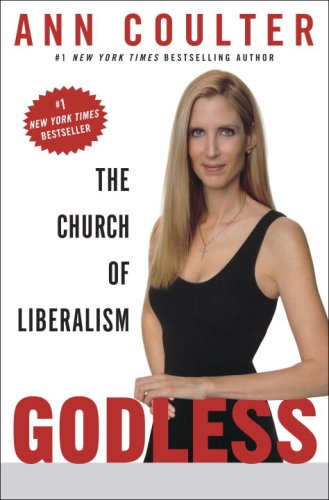 See, earlier, from 2006:The Fulford File: Ann Coulter On Willie Horton, Joey Fournier—And What Life Is Really Like

The press in America is even worse than we imagine. We sense that they're biased and stunningly incompetent. They are those things, but so much more. Our media's version of the news is mathematically and precisely the opposite of the truth.

The death and burial of George H.W. Bush is only the latest example.

In the puffery and revisionism that accompany funerals, the man who gave us David Souter, an unnecessary war, tax hikes he promised not to impose and the Americans With Disabilities Act (aka The Destruction of Small Libraries Throughout New England Act) has been elevated to saintlike status.

But the one incident the media decided to excoriate Bush for was, in fact, his finest moment: the Willie Horton ad.

If we let the media get away with this, they will have once again redefined what constitutes acceptable discourse in America and cemented the notion that our political process should never be soiled by such a campaign ad—the one thing Bush got right in his entire public career.

Far from representing the "low road," the Willie Horton ad was the greatest campaign commercial in political history. The ad was the reason we have political campaigns: It clearly and forcefully highlighted the two presidential candidates' diametrically opposed views on an issue of vital national importance.

One of the murderers let out under Dukakis' program was a career violent criminal, Willie Horton. In 1974, Horton sliced up a 17-year-old convenience store clerk, Joey Fournier, in Lawrence, Massachusetts, after Fournier had already handed over all the money. He then stuffed the boy's corpse in a garbage can. That wasn't Horton's first offense: Years earlier, he'd been convicted of attempted murder for stabbing a man in South Carolina.

No sane person would have allowed Horton to take a breath of free air again.

Horton was sentenced to life in prison without the possibility of parole, which was the maximum possible penalty, inasmuch as Gov. Dukakis had vetoed the death penalty. The whole idea of sentencing first-degree murderers to life without parole is that they are never supposed to be let out of prison. But under the weekend furlough program lustily promoted by Dukakis, Horton was released.

On April 3, 1987, months after running away from his most recent furlough, Horton broke into the Maryland home of Cliff Barnes and his fiancee, Angela Miller, and waited for them to return. When Barnes got home, Horton lunged at him, dragged him to the basement, tied him up, and spent hours torturing him, slashing him and jamming a pistol butt in his mouth and eyes. He told Barnes he planned to hang him and watch him die.

Twelve hours after he had first encountered Horton, Barnes managed to escape. When Horton realized Barnes was gone, he stole the couple's car and led police on a high-speed chase before finally being captured—again.

The Maryland judge who sentenced Horton refused to send him back to Massachusetts, saying: "I'm not prepared to take the chance that Mr. Horton might again be furloughed or otherwise released."

The following year, Michael Dukakis offered himself up to be president of the United States.

Dukakis was directly responsible for Horton's release—as well as the release of hundreds of other murderers, many of whom went on to commit similarly heinous crimes. Even Dukakis' own Democratic legislature in liberal Massachusetts had tried to reverse a state Supreme Court decision granting furloughs to first-degree murderers.

But the Greek homunculus vetoed the bill.

When Horton's survivors Barnes and Miller tried to meet with Dukakis after their ordeal to ask him to rescind the furlough policy, he refused to see them, arrogantly announcing, "I don't see any particular value in meeting with people." This marked the first time the media supported a politician's refusal to meet with victims of one of his policies.

What could be more central to a presidential campaign than an ad highlighting how Bush would handle criminal justice issues versus how the elected governor of Massachusetts was at that moment handling them?

Liberals' response was to accuse Republicans of racism because Horton was black, knowing full well that the GOP would have given everything it owned for him to have been white. But it was too important an issue to ignore just because the poster-boy for Dukakis' insane crime policies happened to be black.

Bush's ad was so "racist" it never even showed Horton's picture. Instead, white male actors were shown passing through the "revolving door" of criminal justice.

(An independent group unconnected to the Bush campaign produced an ad seen by 16 people showing Horton—appalling the press by using his mug shot, rather than his First Communion photo as prescribed by The New York Times' standards and ethics policy for black criminals.)

Liberals smugly cite Bush campaign manager Lee Atwater's deathbed apology for the Horton ad. Yes, he hoped for a nice obituary and didn't want his kids teased at school, so he said whatever his captors wanted him to say. (By the way, it didn't work.)

Just like Atwater, the reporter who won a Pulitzer Prize for her articles on Horton disavowed her own reporting, after going through the media's re-education camp.

You don't have the right to "apologize" for something you did that's not factually incorrect.

The Horton ad was the highest, best form of political campaigning, serving to illustrate stark differences between the candidates on an important policy issue. People should have won awards for that ad. Instead, it became one of the stops on the left's Via Dolorosa of Racism. Idiot Republicans are ashamed of it, thinking the best response is to say: Al Gore brought up Horton first!

Yammering morons don't have any argument against the ad, other than feigned outrage. You're seriously defending the Willie Horton ad?!

Yes I am! It demonstrated that Michael Dukakis should have never been anywhere near a position of power, least of all, the presidency. What's your argument against it?