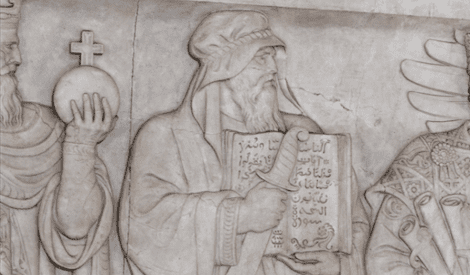 A recent contretemps between the Southern Baptist Council and the Council on American Islamic Relations highlights the problem of non-traditional immigration in American society.

The Reverend Jerry Vines made a speech in which he called the Prophet Mohammed a "demon-possessed pedophile," saying that the Prophet had 12 wives, the last of whom was nine years old.

CAIR responded by saying that this was deeply offensive, bigoted and inaccurate.

As I wrote last October, this sort of thing may be offensive in tone, but the non-theological part of it happens to be perfectly true. Without pronouncing judgment on whether the prophet was demon-possessed (Jerry Falwell is agnostic on this question, too), or fit the psychiatrists' definition of a pedophile, I note that as always when you check these "inaccurate" defamatory attacks on Islam out, they turn out to be true. Mohammed, according to his friends, not his enemies, married a 6-year old girl, and consummated the marriage when she was nine.

Jerry Falwell debated Hussein Ibish of the ADC on Crossfire, and refused to back down. Ibish (email him hibish@adc.org) said he didn't know if the Prophet had a nine-year-old wife, and didn't care, Falwell had no business defaming Islam, and if you looked at the Bible you would find naughty things there too. But Falwell had the facts;

In 624 Abu Bakr (Muhammad's daily companion and one of his first believers and successor of Muhammad) gave Muhammad his daughter Aisha when she was six years old, although the actual marriage was not consummated until she was nine. (This fact is uncontested by all Muslim scholars and chroniclers without exception.) At the time of their marriage Muhammad was 54 years old (the age of her grandfather) – a difference of 45 years in their ages.

Aisha herself testified to these facts:

Islamic law has codified this principle of non-consent for under-age women based on Muhammad's precedent:

"A father may give consent to have his young virgin daughter married without obtaining her permission, for she does not have a choice, exactly as Abu Bakr El Sadiq did to his daughter Aisha, when she was six years old. He married her to the prophet Muhammad without her permission."

This last point, that Islamic law has codified this conduct based on Mohammed's precedent, is the reason that this criticism of the Prophet's private life is justified and important.

Islam holds that whatever Mohammed either did or allowed to be done is his presence is permissible. Mohammed did a lot of bad things. This Islamic law is the official law in Saudi Arabia today (Pat Roush reports that her kidnapped daughter Alia, 23, has been sold into an arranged marriage),  but that's not the worst of it.

The reason I bring this up is this: this kind of thing can happen in America. It's already happening in England, where Dr. Theodore Dalrymple reports that so many young Muslim women have been held prisoner in their own homes in order to force them into marriage, that the West Midlands Police have a special unit devoted to rescuing them.

In recent years millions of Muslims have moved to America, England, and Western Europe, bringing their religion and their customs with them.

The usual suspects gathered to condemn the Baptists for their excessive Christianity, and according to CNN,

Ingrid Mattson, vice president of the Islamic Society of North America and a professor of Islamic studies at Hartford Seminary in Connecticut, called the comments "medieval." She said statements like this from such high-placed religious leaders can lead to violence against Muslims.

"It makes me wonder what's the hateful religion right now that we should be worried about," said Dr. Mattson (email her at mattson@hartsem.edu).

Yes, there's the question: should we be more worried about militant Islam, or about the Southern Baptist Conference? Apparently Dr. Mattson's ivory tower lacks a television, or she would have heard about Al Qaeda, the Taliban, the suicide bombers, the kidnap/murder of Daniel Pearl, the kidnapping of American-born children to Saudi Arabia, the abuse of women in Islamic countries.

The Baptists, by contrast, are exercising their First Amendment right to disagree with Islam on faith and morals, a right they wouldn't have in Saudi Arabia or any Muslim country, but do have in America. They haven't been infiltrating Episcopalian church socials and blowing themselves up, to protest dancing and sherry-drinking. Weighing all this, I have decided to worry more about Islam, especially since the Baptists are so peaceful, they don't even have weapons of mass destruction.

Recently Nicholas Kristof of the New York Times wrote an op-ed detailing the horrifying abuse of women in Afghanistan, and suggesting that if President Bush would only sign an international treaty on the status of women, it would make things all better.

I have an alternative suggestion. Why doesn't the President sign a bill restricting immigration from Muslim countries? That's where the abuse is happening now, which is bad enough, but if mass immigration from the Muslim world continues, it's going to be happening here, which is worse. Isn't it?