A True Maverick for Colorado: Who's Afraid of Tom Tancredo? 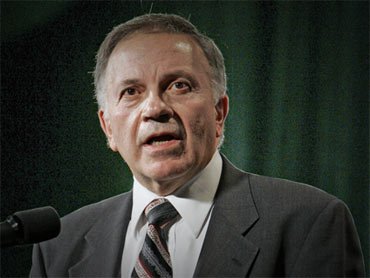 Panicked liberals and crony Republican elitists agree: Tom Tancredo would be bad for their Big Government and Big Business rackets. That's exactly why I support him in Colorado's June 24 GOP primary election for governor.

"Scam" is putting it politely, of course. Billions of dollars have been wasted on defunct and dysfunctional Obamacare health exchanges. Criminals, illegal aliens and con artists have been hired as "navigators" to sign up Obamacare enrollees (a.k.a. future Democratic voters). And millions of Americans of all backgrounds, including my family, have had their plans canceled thanks to the costs and regulatory burdens of the law. Workers have seen their wages and hours cut; employers, especially small and family-owned businesses, have been forced to drop coverage.

It's absurd to call Tancredo's dead-on diagnosis of Obamacare "radical." But the pile-on against Tancredo isn't just coming from out-of-touch Democrats.

Here in Colorado, many corporatist Republicans who support the suicidal push for illegal alien amnesty claim Tancredo "can't win" because his "divisive," unrelenting stance on securing America's borders (gasp again!) will scare away Hispanic voters. This attack on Tancredo is nonsense on stilts.

The latest Pew poll revealed this month that immigration policy doesn't even rank among the top three concerns of Hispanic voters. Their top issues: education, jobs/economy and health care. A related Pew survey just reported that majorities of Hispanic and Asian-American voters both agree that another mass amnesty would reward illegal behavior and lead to more illegal immigration. Gasp! That's exactly what Tancredo's been saying for nearly 20 years.

As he told me this week, "This primary battle for the Republican nomination for governor is shaping up to be a classic fight between the political elite and the rank-and-file conservatives in the party. The party bosses hate my candidacy because it represents a threat to their power and to the crony capitalists who want the government to supply them with cheap labor."

Bingo. Tancredo is a patriot who stands firmly in the mainstream — and voters of all backgrounds, including hardworking, law-abiding Democrats and independents, stand with him on this. Standing with Facebook's amnesty crusader Mark Zuckerberg, radical Labor Secretary Thomas Perez and The Open-Borders crowd looking to cash in at the expense of American workers is what's truly fringe.

In the Bizarro worlds of both Soros-funded operatives and U.S. Chamber of Commerce-types, it's somehow "far right" to advocate for the rule of law. These elites decry "fringe" conservatives like Tancredo and myself who believe it's a fundamental duty of the government to protect the states from invasion. Yes, I said "invasion." That's straight from Article IV, section IV of the fringe document known as the U.S. Constitution. And what other word best describes what's happening along the border, in the southwestern states and at military bases across the country this very moment?

Long before so many Johnnies-come-lately started waking up to the dire national security, public safety, public health and economic threats posed by unbridled, uncontrolled immigration, Tom Tancredo was leading the fight on Capitol Hill. Karl Rove threatened him over his successful opposition to the ruinous Bush amnesty, telling him he'd "never darken the White House doorstep" again. Ahem, talk about "divisive."

Tancredo's willingness to call out both establishment Republicans and Democrats when they're leading us down the grim path of self-immolation is his greatest strength. And not just on immigration. Whether he's defending the Second Amendment or the Tenth, whether he's skewering political correctness, the "cult of multiculturalism" or Common Core, or whether he's defending property rights and entrepreneurs, he spares no one and pulls no punches. He doesn't care a whit what the liberal media think. He does what he thinks is right, not what's politically expedient.

Many chin-pulling Republican bosses here in Colorado say Tom's a "bomb-thrower." What they mean is "unapologetic truth-teller." And we need more like him in office, not the same old sycophants and milquetoasts who'd rather lose than be perceived as "lightning rods." Instead of following the establishment GOP lemmings who credited President Obama with being a "nice guy," for example, Tom bluntly said in 2010 that the corruptocrat in chief was "the greatest threat to our way of life."

That's not so "radical" anymore considering Obama's unleashing of five top Taliban commanders from Gitmo; wanton release of tens of thousands of criminal illegal aliens; reckless inaction as scores of veterans died while his Veterans Affairs bureaucrats cooked the books; and callous dismissal of the bloodstained Fast and Furious and Benghazi scandals as "manufactured."

All of the GOP gubernatorial candidates in Colorado would be better than job-sabotaging, rights-infringing Democratic incumbent John Hickenlooper. But Tancredo is leading the pack in all of the polls. He has the strongest name recognition and grassroots following. And he's got all the right enemies. What sets Tom apart is his lifelong independence and his proven record of bucking establishment politics. Nobody ever will accuse him of straddling the fence, sugarcoating his message or selling out. No wonder the powers that be in the bipartisan halls of power are scared.