A Mother’s Day Meditation: Women Can’t Have It All—But They CAN Have The Future 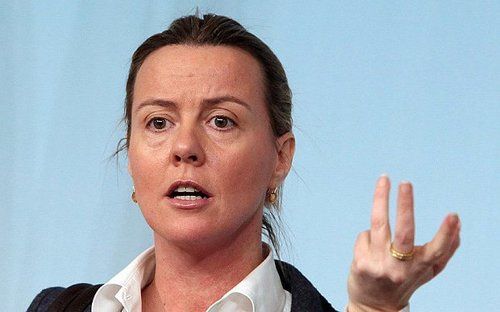 On this Mother’s Day, it’s worth bearing in mind the Motherhood Factor. Cultural dispossession and the kind of uncontrolled immigration we see throughout the West never would have occurred if the cultural institution of motherhood had not undergone sustained attack. The West would have been more intent on protecting its own.

This winter, as boatloads of Africans continued to make the perilous journey across the Mediterranean, preceding last month’s spring surge and the mass drowning of more than 800 from a single vessel, Italian Health Minister Beatrice Lorenzin proclaimed:

“We are at the threshold where people who die are not being replaced by newborns. That means we are a dying country.”

Probably Lorenzin hoped to ease alarm over estimates that as many as 500,000 Africans might seek to cross the Mediterranean before the year is over. [Italians revolt against migrant 'invasion', By Nick Squires, Telegraph, April 10, 2015] But her point was no exaggeration.

The Italian birthrate of 8.4 per 1,000 people in 2014 was the lowest since the modern Italian state was founded in 1861. Italian women have 1.39 children on average. The average Italian woman does not have her first child until she is 31, when she is well past her peak fertility years. Large numbers of Italian couples choose to have no children at all. And many decline to marry.

The problem is perhaps worst in Italy but it is not much better throughout the West. In the US, almost one-in-five American women “ends her childbearing years without having borne a child, compared with one-in-ten in the 1970s” [Childlessness Up Among All Women; Down Among Women with Advanced Degrees, By Gretchen Livingston and D’Vera Cohn, Pew Research, June 25, 2010]. The figure rises to about one-in-four for women with advanced degrees.

It was particularly ironic to see a healthy, intelligent and childless woman of 43 lecture the Italian nation on its failure to reproduce. Beatrice Lorenzin is expecting twins in June, and reportedly had been “trying” for years, but one can’t help but conclude that in her case, as in so many other cases, motherhood wasn’t exactly a high priority in her more fertile years [ Beatrice Lorenzin, ministro della salute, incinta di due gemelli, By Francesco Matino, TV E Gossip, January 8, 2015]

Lorenzin isn’t even married. Ludicrously, she says she wants her children to enjoy her wedding to their father Alessandro Picardi someday.

Gimme a break. Laura to Beatrice: “Dear Beatrice: You may know something about health statistics, but you know nothing about human nature. Children would much rather see faded photos of their parents’ wedding than partake in it. Excuse my Italian, but you’re a brainwashed fool.”

Also ironically, the cabinet of Italian Prime Minister Matteo Renzi is famous for its feminist equality—eight of its members are women. But most are childless. 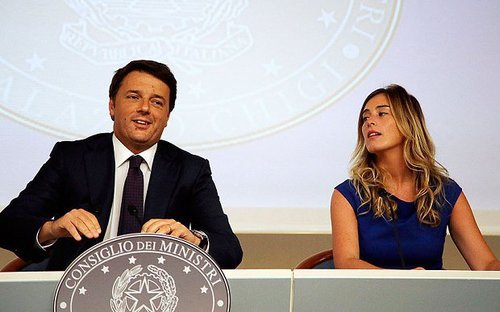 And the beauty and youth of these glamorous ministers have thrown suspicions on their political qualifications and drawn more attention to what they were wearing than what they were doing [Italy's Matteo Renzi accused of appointing female ministers based on their looks and age, By Nick Squires, Telegraph, September 7, 2014]

Do people this frivolous deserve their own nation?

These will be no traditional Italian Mammas—those formidable matriarchs who ruled their peasant hearths and, instead of declining to people the earth during tough times, sent boatloads of sons and daughters to people America.

But it is hard to believe that the lives of a Lorenzin or a Maria Elena Boschi, for all their political power, will more significant than the life of that scorned Mamma, who within three generations might people an entire village, literally creating directly and indirectly hundreds of people, and leaving the mark of her moral force long after her beauty had faded.

Psychological warfare against motherhood is a guaranteed way to blow apart a civilization from within. If you can systematically convince women, starting in early childhood, that motherhood is actually a position of marginal value—so inferior to the pursuit of personal fulfilment in the workforce that it is worthy of virtually no mention in the 18 years or more women spend in educational institutions—and even represents a conspiracy against them, then you can weaken all human ties, all social bonds, and drain the collective will to survive.

Every feminist demand for equality in the workplace, as opposed to merited inclusion, is an assertion that women don’t have more important things to do outside the workplace. The feminist demand for equality is crafty psychological warfare against women, whose inability to have it all is a result not of a male conspiracy but of fallen human nature.

It’s a curse, this inability to have it all. It’s a curse that can be redeemed nobly and manfully—or womanfully—by accepting it. Blame it on Eve. Blame it on Adam, who evaded his responsibilities in a foreshadowing of male complicity in feminism. But you’re mistaken if you think this curse will ever end in this world.

No one is complaining about the lack of equality in heavily male occupations such as garbage collecting or plumbing. And women still substantially depend on the income of men. Will the world help them depend upon the men they have chosen, the fathers of their children—or the unknown men who provide tax revenues?

While the glamorous elite can act out the pretense of having it all, ordinary women can’t. Ordinary women are not having children because it’s too obvious to them that they can’t have it all. The two-career family has actually increased costs of housing and education for everyone and legal divorce has undermined marriage. Throughout the West, as has been said ad nauseam, the state has grown at the expense of the family.

The subversion of the natural order of the sexes—and that includes the hierarchy of the family—is at the heart of the demographic crisis, without which Europeans would be much less likely to condone cultural dispossession and the racial transformation of their nations, so attuned would they be to the future of their progeny.

Sorry to be negative on Mother’s Day. But there is good news.

We see this truth every day. Hence the swooning ecstasy of Britain over the birth of Princess Charlotte, whose darling photos sent pangs of national devotion and former confidence through that dying nation—and ours. 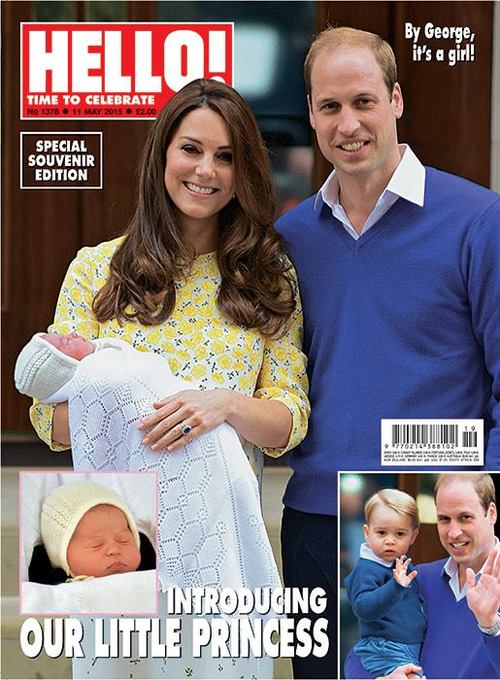 Perhaps Charlotte will be a mother someday. Perhaps she will be a mother in that future age when women have shed the confining dogmas of feminism and restored to the West the confidence and cultural influence inherent in that powerful maternal bond, movingly depicted on canvas and stone in almost every European museum, as it once was in virtually every European church.

Perhaps Charlotte will someday be a Queen with as many children as Victoria—rather than a mere 1.39.

Laura Wood (email her) is the Editor of The Thinking Housewife