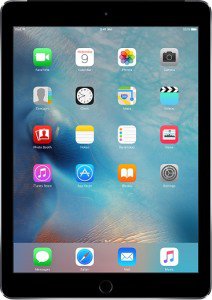 Many, many thanks to the readers and listeners who made a success of our latest fundraising drive.  I kicked it off just a month ago, on February 29th, promising that when we reached our goal of $25,000, two things would happen: In addition, the campaign offered a prize:  Anyone who donated more than $100 would be entered in a lottery to receive a brand new iPad pre-loaded with the entire Radio Derb archive.

Our thanks once again to everyone who helped.

VDARE.com get frequent queries—good-natured queries, from people who support what we do—about why we give over so much time and effort to fund-raising.  Why, they ask, don’t we just take in advertising, as other websites do?

As the kids say:  If only!  In taking the positions we take—strongly patriotic i.e. retstrictionist on immigration, traditionalist-conservative on cultural topics, hostile to the anti-white propaganda of Cultural Marxism (I have elsewhere given the precise definition of our position on race:  we are anti-anti-white), accepting the reality of human biodiversity—we stand outside the narrow boundaries of acceptable discourse.

Plus, of course, their own Human Resource and Diversity Departments would have hysterics—to say nothing of the various Cultural Marxist vigilante groups.

There is a theory of human society, launched by Durkheim 120 years ago, arguing that social norms, including some that are harmful or based on falsehoods, naturally multiply and become ever more coercive unless challenged by nonconformists.

The history of the United States in recent decades confirms this.  VDARE.com promotes such positions as:

Until well into the last century, these were common understandings, so taken for granted they were hardly discussed.  Today they are considered eccentric, even shocking.  They have been smothered under an accumulated mass of social norms, many—not all, but many—based on false or bad ideas about human nature and human society.

We have passed from proscribing clear social injustices to proscribing harmless symbols of local heritage; from exposing cruelty and snobbery to exposing “microaggressions”; from sanctioned disapproval of unpopular, unhealthy minority lifestyles to elite-led scorn and punishment for widespread traditional preferences and justifiable fears.

The resistance to this creeping uniformity, this soft (but always hardening) totalitarianism, is in the hands of those willing to argue, with reason and respect for data, that some “official” dogmas are mistaken.

As the social norms pile on, the defense of liberty and truth is more and more in the hands of working outside the socially-acceptable boundaries.  A few of these outsiders are wicked or crazy; some of their ideas are false or bad.

(And some, as Durkheim noted, are actually criminals; the sneaking admiration for outlaws in all times and places likely derives from an intuitive understanding that there can be too many social norms, too many laws, some of which need breaking, if society is not to calcify into stony uniformity.  We at VDARE.com, I hasten to add, don’t intend to break any current laws; though we note with dismay that expression of the non-wicked, un-crazy positions we take is already illegal in some foreign jurisdictions.)

To sort all this out, dissident voices need to be heard.  If they can’t enlist commerce to fund their outlets, they must beg.

It’s may not be dignified—VDARE.com Editor Peter Brimelow objects strongly to this, arguing it’s a legitimate alternative economic form, like a church—but in my opinion it’s honorable and necessary.

Radio Derb is coming up to its twelfth anniversary (May 27th).  I could never have anticipated it would last so long.  It began in National Review’s library-cum-conference room on Lexington Avenue, following one of the magazine’s bi-weekly editorial conferences, with Kathy Lopez prompting me to read short scribbled notes into a mike she was holding.

A proper studio was soon established at Buckley Towers. Then, following my 2012 defenestration, we transferred to the grandeur of a lavishly-equipped studio on Taki Theodoracopulos’s private island in the wine-dark Aegean Sea.

Seeking a lighter workload, last year I left TakiMag and brought Radio Derb with me to VDARE.com.  We now podcast from facilities much reduced in grandeur but cozy and adequate, here on the North Shore of Long Island.

One of the projects I had lined up for my new-found leisure time was to complete the transcription of the older Radio Derbs—prior to 2008—for proper archiving on my website.

I made a start on this, but audio-to-text transcription is more time-consuming and tedious than I anticipated.  There should by now be some software to do this for me, but I haven’t been able to find anything that doesn’t annoy the hell out of me.  (Suggestions from tech-savvy readers will be gratefully received).

Is it embarrassing to listen to the opinions and predictions I put forth a decade ago, many of which have of course proved wrong?

I can’t really say so. Opinion-wise, I’ve been as consistent as the average bloviator across so many years.  Not that there aren’t things I regret.  By the time Radio Derb got going I had turned deeply skeptical of George W. Bush’s missionary wars; but I wish I had spoken out more forcefully against those follies.

Where predictions are concerned, my expectations have always been low.  In this line of work, nobody gets very much right.  A batting average of .300 is pretty good in baseball; I’d be happy to think I have done that well.

A thing people sometimes ask is:  Why don’t we go to video?

Once again, many thanks to those whose generosity keeps us going.  As long as we have your support, VDARE.com will be jabbing away at wrong-headed policies and destructive social norms, and Radio Derb will be a voice for patriotism, liberty, empiricism, demographic stability, and restraint in politics.