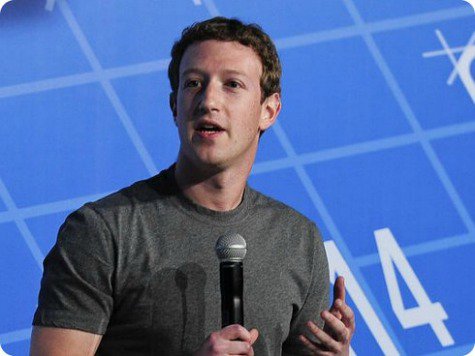 Breitbart has become a good source of information on immigration matters. Here's its report on billionaire Mark Zuckerberg's promotion of Amnesty at a Carlos Slim event in Mexico:

"There’s something broken that needs to be fixed,” Zuckerberg reportedly said  at Mexico’s National Auditorium. "We have a strange immigration policy for a nation of immigrants. And it's a policy unfit for today's world."

On the contrary, mass immigration is the policy that's unfit for today's world.

Sen. Jeff Sessions (R-AL), who has been the fiercest champion of American workers during the amnesty debate, recently blasted big-business interests for demanding more guest-worker visas even as they are laying off thousands of American high-tech workers.

"We have communities throughout America that are barely scraping by. Tens of millions of Americans are on welfare, unemployment, and public assistance," Sessions recently said.   "Yet the White House and their Senate Majority seem more concerned about the economic demands of large corporations, or the citizens of other countries, than about getting our own citizens back to work into stable jobs that can support a family and uplift a community.” Zuckerberg Pushes Amnesty At Billionaire Carlos Slim's Charity Event In Mexico,   ByTony Lee, Breitbart, September 8, 2014

For some background on these and other open borders billionaires, see the latest issue of The Social Contract here.   It includes my article  Mexico's Open-Borders Billionaire: Carlos Slim  and some  articles about Zuckerberg.