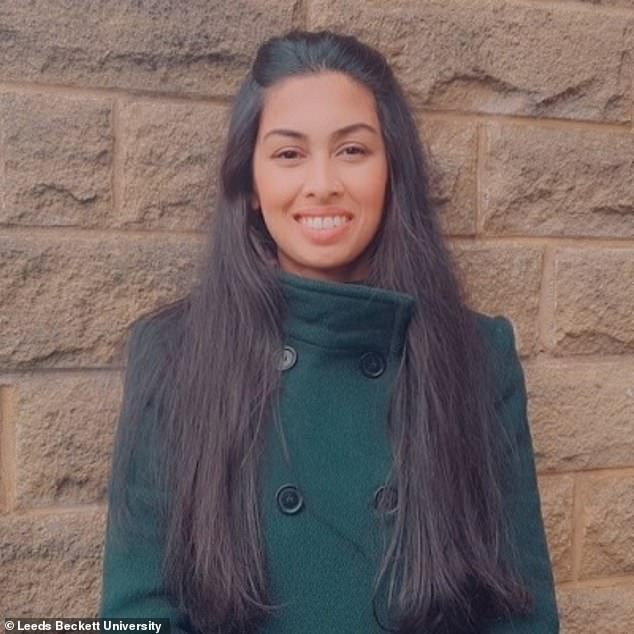 Aysha Khanom, a female of indeterminate race, had a job teaching at a university in Britain. Calvin Robinson, a male of Caribbean ancestry who I would judge to be a quadroon, is a conservative political commentator over there.

Ms Khanom lost her university job after posting a tweet in which she said, quote:

What is that CENSORED concealing? It's concealing a word that was so shocking to Ms Khanom's employers, they fired her for tweeting it; so shocking that the Daily Mail, in whose February 18th online edition I read this story, asterisked out most of it.

They actually printed the unprintable word as "n***o." 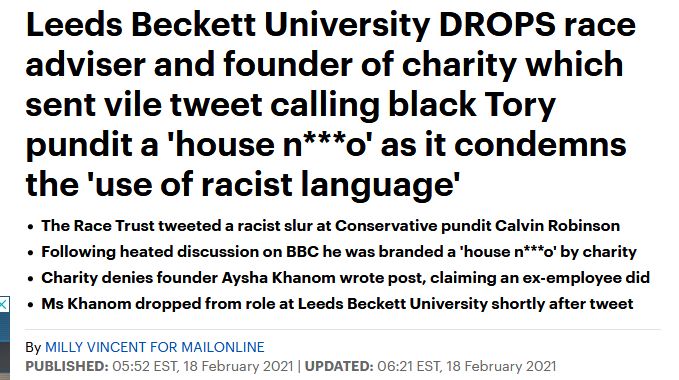 So I guess it was actually "negro," like in "United Negro College Fund." Apparently "negro" is now a taboo word.

Who can keep up with this stuff?